Click here for a live update on storm potential.

Unseasonable mild, moist air will build across the central Gulf Coast and churn up showers and thunderstorms. One or two storms could be strong into Saturday.

Today and Tonight: Overcast skies and spotty showers will remain in the forecast on Friday. High temperatures will reach the mid 70s with continued southerly winds of 5-10mph. Into the evening hours, an area of showers and thunderstorms will develop and push northward through the area. 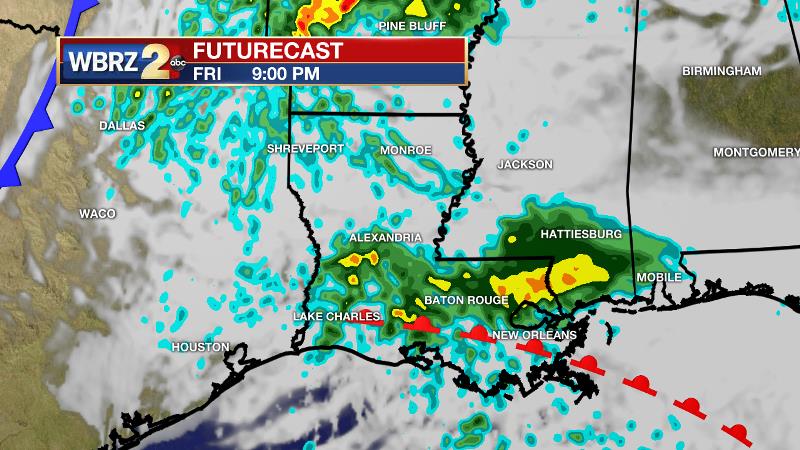 From then into Saturday morning, any thunderstorm could be strong. Stay in touch for any alerts. It is important to point out that among severe weather forecasts, this one comes with low confidence. While some ingredients are very impressive for development, others are lacking. This event has bust potential and could end up being little more than scattered showers. See below for a more detailed discussion. Nighttime temperatures will be steady in the upper 60s. 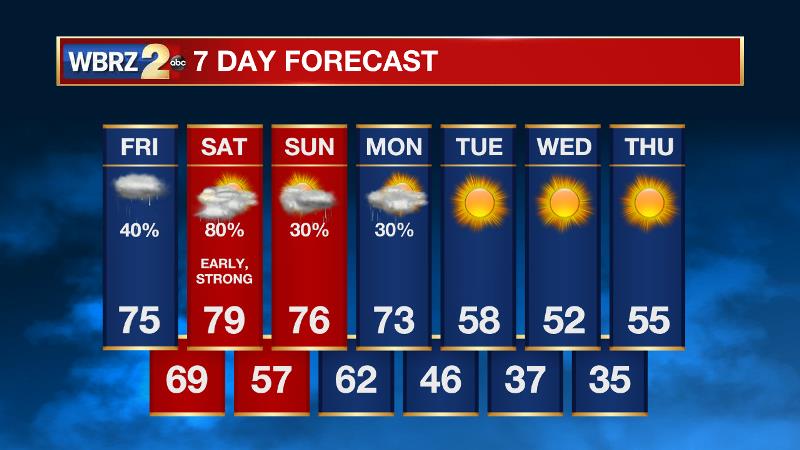 Up Next: The threat for rain and severe weather will end on Saturday morning giving way to some afternoon sun and a rather mild weekend. High temperatures will stride for 80 degrees. Late Sunday, another system will come into the region returning clouds, showers and possibly a thunderstorm, but severe weather is unlikely. Showers may linger into Monday before a cold front with a stronger push of chilly air comes through the region. Starting Monday night, expect below average temperatures through the middle of next week. 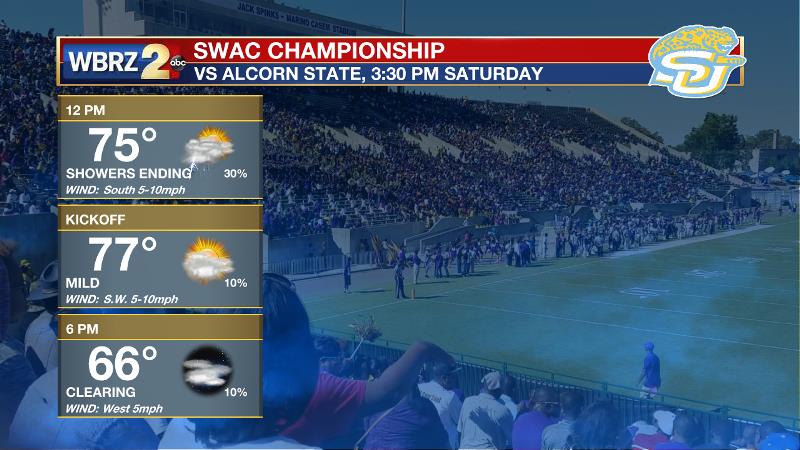 The Tropics: The 2018 Hurricane Season closes today. Here is a recap from the WBRZ Weather Team.

The next significant storm system will develop across the Western Plains Friday as a 500mb trough digs into the region and sends a surface low and cold front eastward. As this occurs, a secondary warm front will develop across the central Gulf Coast and move northeastward ahead of the cold front. Late Friday into Saturday morning, a negatively tilted trough will move across the Mid-Mississippi River Valley, with a strong surface low pressure over Kansas and Missouri and an attendant cold front extending southward. An area of showers and thunderstorms should develop near the secondary warm front over south Louisiana in response to destabilization from advancing dew points in the upper 60s and low 70s. Upper level forcing and overall instability will be weak which will be key limiting factors in widespread severe thunderstorms.

Fri. - Sat. is a *low confidence* forecast... not saying let guard down, but this could easily end up being scattered showers and little more, hence the "conditional" wording. @WBRZweather will continue to monitor and update | #LaWX #MsWX pic.twitter.com/3ff9x7lH1u

However, the wind profiles will be quite favorable for a brief period of time overnight, which along with the unseasonably high moisture, could allow some rotation in the low-levels of the atmosphere. An isolated tornado cannot be eliminated from the forecast. Given the position of the upper trough and surface low, the most favorable dynamics for strong thunderstorms are likely to remain north of the local area. Currently, the Storm Prediction Center highlights the greatest risk just north of the Baton Rouge area. However, the southeastern half of the WBRZ Weather Forecast area and closer to New Orleans, has been placed in a 2/5 “slight risk” for severe weather, telling us that one or two storms could be strong with damaging winds and an isolated  tornado being the main threats. After this system, there will be a brief break and perhaps even some sunshine prior to another trough and surface low cutting across the Mid-South. Sunday afternoon and evening, rain showers and a few thunderstorms will return to the area as Saturday’s former cold front drifts back to the north as a warm front. These storms will be elevated and therefore severe weather is a much lower concern. Showers may continue into Monday until another cold front finally pushes through the region. Even though the cold front may move through around midday, the bulk of the colder air will not begin to move into the region until the evening hours. With clear skies, high and low temperatures will be about 15 degrees below average Tuesday through Thursday.