What are the Chances for a Christmas Sneaux?

As Christmas approaches, there is always that one question every year – will we have a white Christmas? The quick answer is very slim. In the last 126 years, there has only been 19 years where measurable snowfall occurred. That means we only have a 15% chance of even experiencing snowfall during the winter season. Out of those 19 snow events, only three have happened in December. It does seem that they are more frequent of late, since all of our December snow events have occurred within the last 10 years. 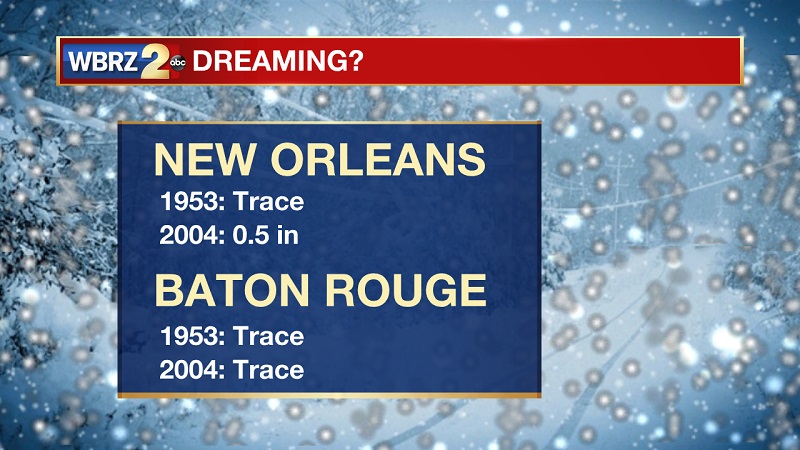 In terms of amount of snow, there has only been 3 times since 1892 that the Baton Rouge area has received 6 inches or more of snow. All of these three events occurred before 1915, with two happening on consecutive days in February of 1895. The snowfall last year in 2017 ties with an event in 1940 for the highest amount in the last 100 years.

We've seen a lot of "above normal temps therefore no snow this winter" comments, but that's not necessarily true. #dfwwx #ctxwx pic.twitter.com/tPkXCSwTgO

Even though the National Climate Center is forecasting above average temperatures this winter, that does not mean that a white Christmas is out of the question. It also seems that snow events have been occurring earlier in the year over the last 50 years, since two out of the last ten snows happened in either December or January. 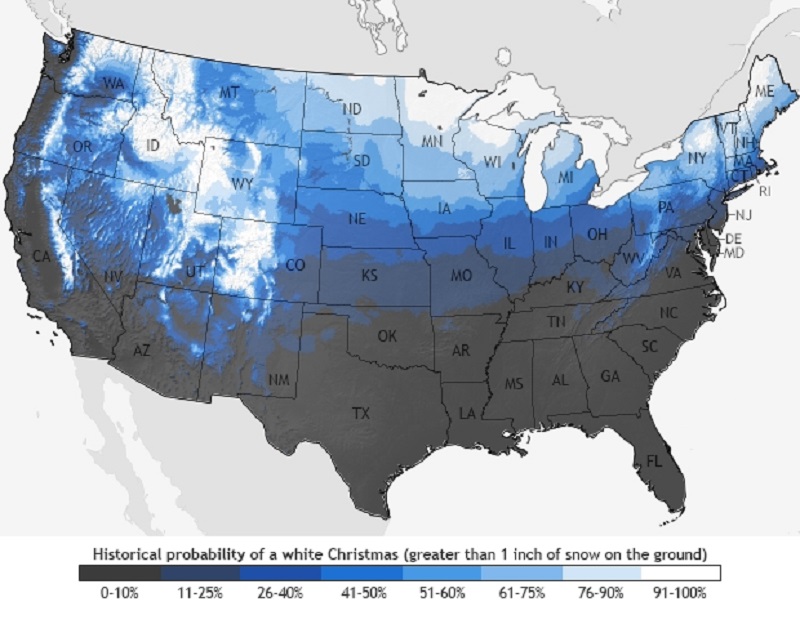 Image: Historical probability of a white Christmas from data  between 1980-2017.

Statistically, the chances are below 10% that any snow occurs across the Gulf Coast states by observing the last 30 years. The closest area with a slightly better chance of seeing Christmas snow is in northwest Arkansas, in and around the Boston Mountains. That chance is still not good, only bumping up to 11-25% statistically. You will have to jump on a plane to reach the closest region with the highest snow chance located in the Colorado Rockies, just west of Denver. The long-term forecast for Louisiana keeps us in the warm end, with the best chance of snowfall in the northeast and the Pacific Northwest. This forecast is currently used referencing the GFS model, but will be altering as we approach the holiday. 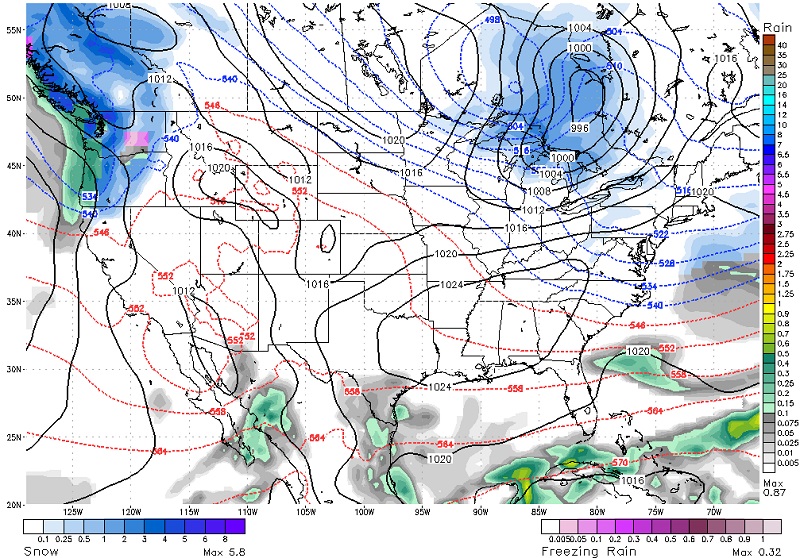 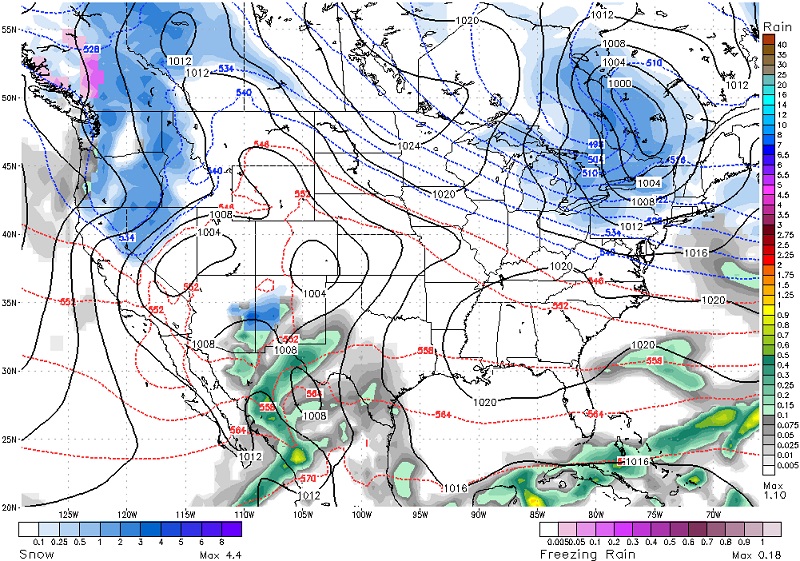