ASCENSION - According to Total Traffic and Weather Network, a Tuesday (March 2) morning crash has been cleared from I-10 EB before LA-30/Gonzales/St. Gabriel/Exit 177.

The left lane, which was temporarily closed is now open. 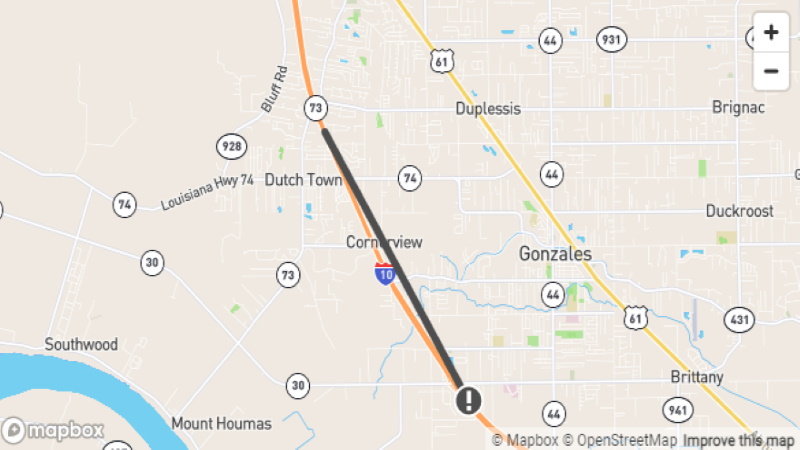