UPDATE: The Comite River at Joor Road is now projected to crest at 34.5, which would mark its highest crest on record.

The National Hurricane Center is expecting 10" to 20" across South Louisiana, which would stress rivers in which some are already in flood stage. The Mississippi River is expected to increase 1-3 feet, but it is the smaller rivers and streams that will have a tougher time with responding to forecasted heavy rainfall. Here are some of the current river forecasts: 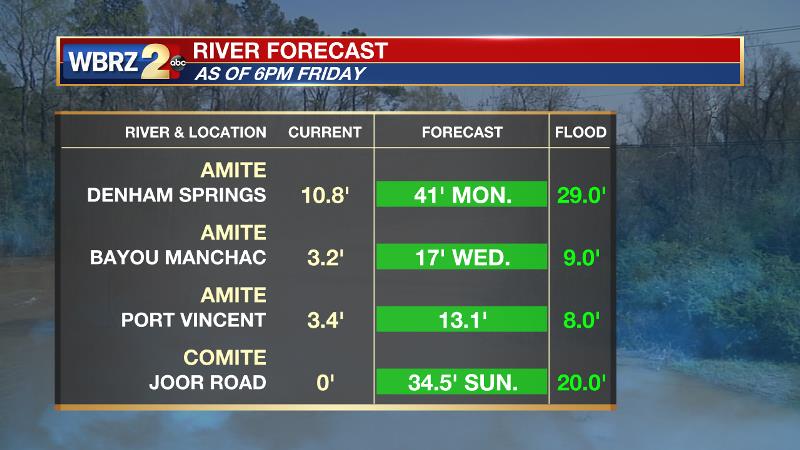 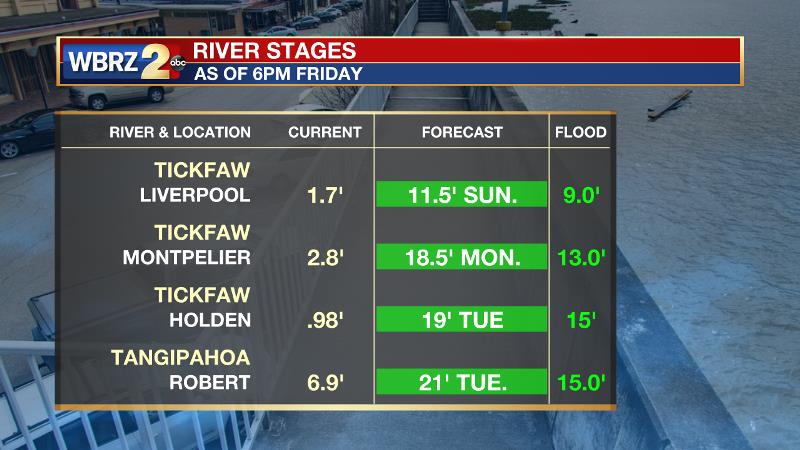