NOAA has released their winter outlook for 2020 - 21. Their outlook begins in December and runs through February. 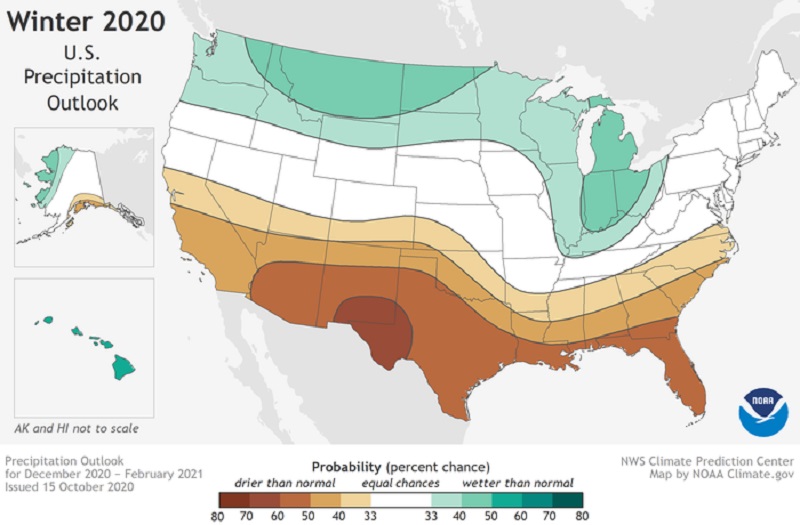 For the southeast, NOAA is forecasting below average precipitation. For south Louisiana, there is a 60% chance we are drier than normal this winter. Our average precipitation in the winter begins around 5.60" in December, max out around 5.72" in January and begins to slightly decrease in February to around 5.04". 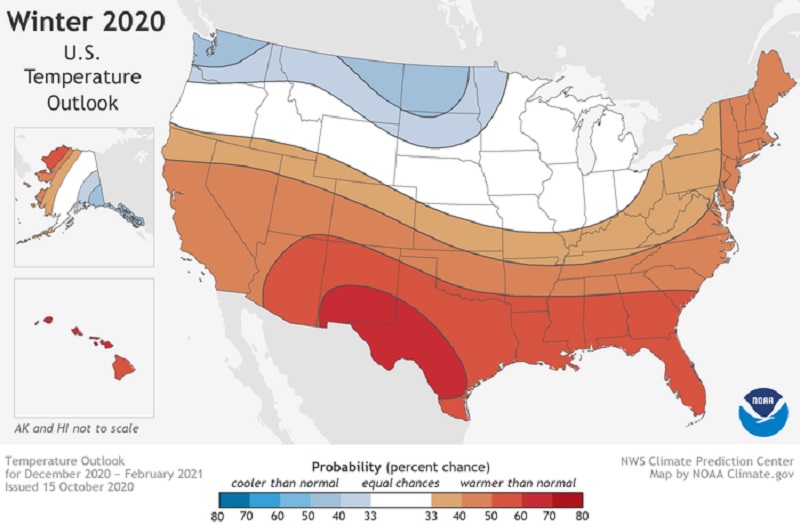 NOAA is also forecasting above average temperatures across the southeast. For south Louisiana, there is a 50% chance we are warmer than normal this winter. Our average temperature during the winter months begins around 53° in December and bottom out around 51° in mid-January. Our temperatures normally begin to re-bound slightly in February to around 55°.

NOAA's forecast of above average temperatures and below normal precipitation in the southeast is mostly tied to the planet now entered into an La Niña pattern. This means there are much cooler than average waters in the eastern Pacific Ocean which impact global weather patterns.


Remember, below normal precipitation does not mean it will be entirely dry all winter. We are just more likely to have less than what we usually receive, based on climatology. Same goes for above average temperatures. La Nina patterns are known for bringing above normal temperatures to the southern states, but also can create short-lived, extreme cold blasts as well.