The newest selfie from NASA’s Curiosity Mars rover shows anther amazing image of the Martian surface, but also a record-breaking journey! NASA posted the image on its website on March 20th, but the image was actually taken on February 26th. The image shows a 360 degree view of the landscape and the rover, composed of 86 individual images. 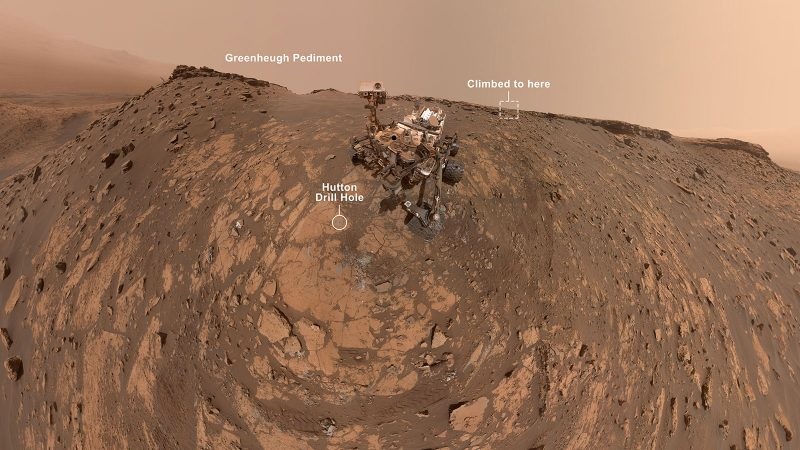 Image: The new selfie from the Curiosity Rover on Mars, taken on February 26, 2020. 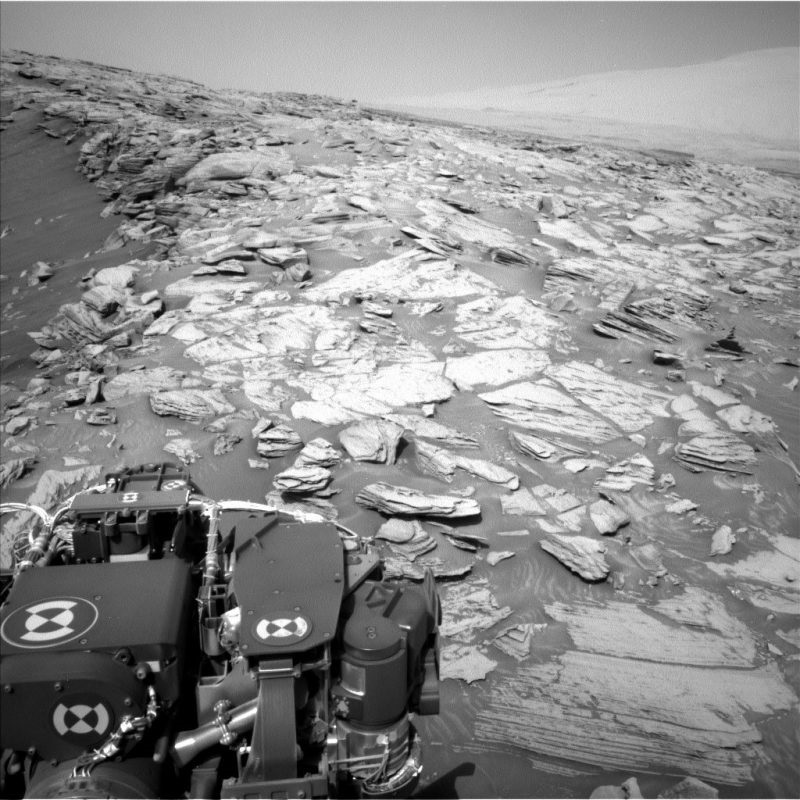 Image: The Navcam view of the Greenheug Pediment (left side of image) after Curiosity made it up the steep grade.

This also marked a new record, climbing the steepest terrain thus far on its mission at 31°. This steep grade was as Curiosity climbed up the Greenheug Pediment. As impressive as this is, it is still one degree less than the all-time record holder, held by the Opportunity Mars rover that was set back in 2016. That record may be broken soon though, because Curiosity was designed to be able to climb an incline of 45°, due largely to its advanced rocker-bogie wheel system. This suspension was originally developed back in 1988 for NASA’s Sojourner Mars rover, and continues to be NASA’s favored design for all its rovers. 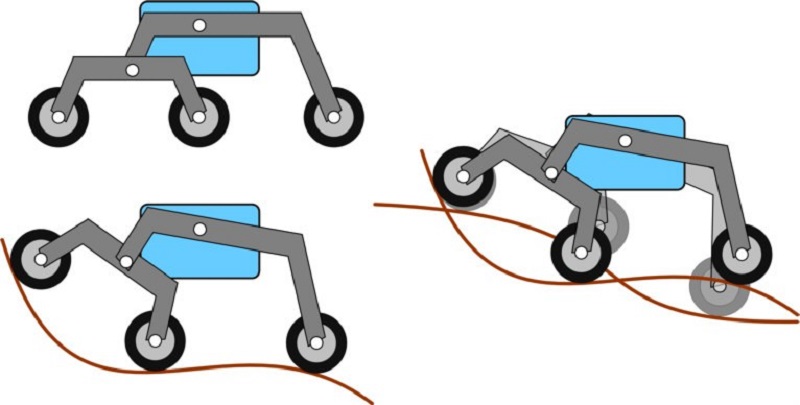 Image: Visualization of the rocker-bogie system. This system ensures that the rover's body stays relatively level over varying terrain.

This feat was completed on day 2,696 on Mars, or sol 2,696. A sol is one Martian day, which is about 37 minutes longer than one on Earth. Currently, Curiosity has been on Mars for 2,715 sols and has traveled 13.62 miles across the Martian surface. It has been on Mars since August 5, 2012, and is the only rover still active on our neighboring planet. There are plans to launch the next rover, Perseverance, on July 17, 2020, which should land on the surface on February 18, 2021.