Even with a more active weather pattern expected locally, a super-active tropical Atlantic Basin will grab headlines this week.

Today and Tonight: A stalled front will bring a significant increase in moisture and therefore rain coverage on Monday. Downpours, frequent lightning, and gusty winds will be possible. Some isolated rainfall amounts of 2 to 3 inches may occur, prompting street and poor drainage flooding. The additional clouds, showers and thunderstorms will limit daytime high temperatures to the middle 80s. Nighttime will be mostly cloudy with a spotty shower and lows in the low 70s. 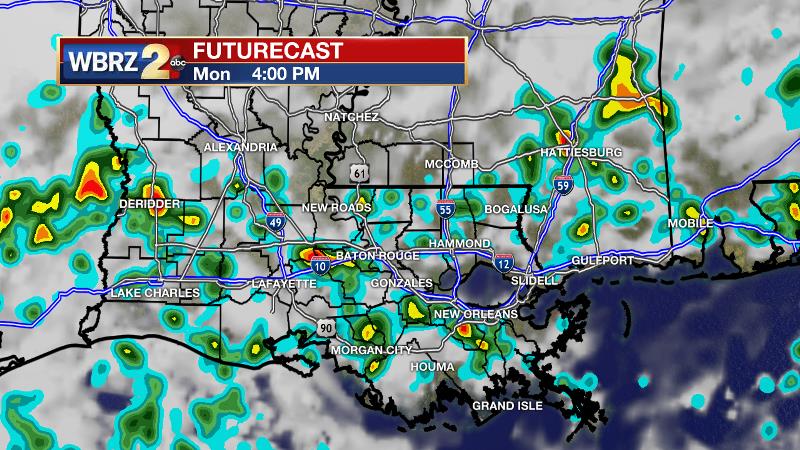 Up Next: A stationary front will linger over the Gulf States for the next several days. This system will bring ample moisture onshore, as well as plenty of lift for showers and thunderstorms to develop—especially during the afternoon. Through Wednesday, expect coastal showers during the morning to translate inland as scattered showers and thunderstorms through the afternoon hours before dissipating late. About 50 to 70 percent rain coverage is expected each day. This cycle will keep temperatures in the mid 80s until Thursday, when activity ticks down and thermometers stride for 90 degrees again. 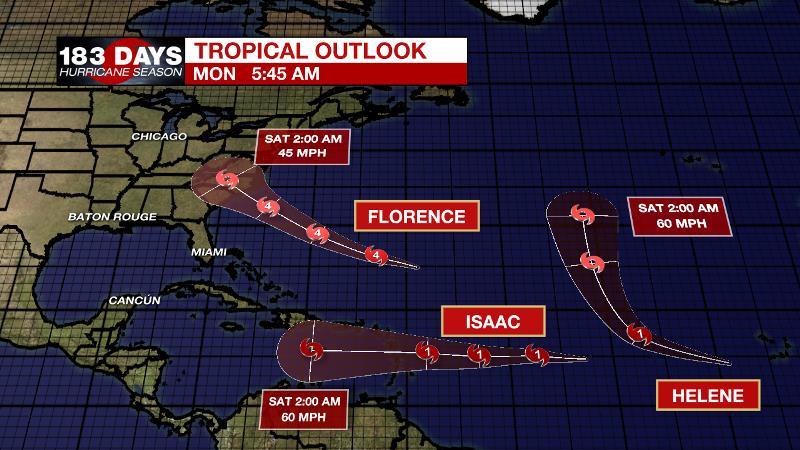 The Tropics: The Atlantic Basin is very busy as we hit the climatological peak of hurricane season (Sept. 10). There are three hurricanes and one area of possible development in the western Caribbean Sea. First, Hurricane Florence poses a serious threat to the East Coast of the United States. Florence is expected to strengthen into a major hurricane, approaching the Carolinas as a category four or five later this week. Beyond the initial wind and surge threats, a slow-down in speed may lead a long duration of very heavy rain for a region that has already seen plenty over the last few weeks. Inland flooding is a major concern. Hurricane Isaac will cross over the Windward and Leeward Islands later this week, encountering a harsher environment in the Caribbean Sea. For what it is worth, American and European model guidance has this system diminishing by early next week, but this storm should still be watched. Hurricane Helene is strengthening near the Cabo Verde Islands, but will soon turn due north and out to sea. 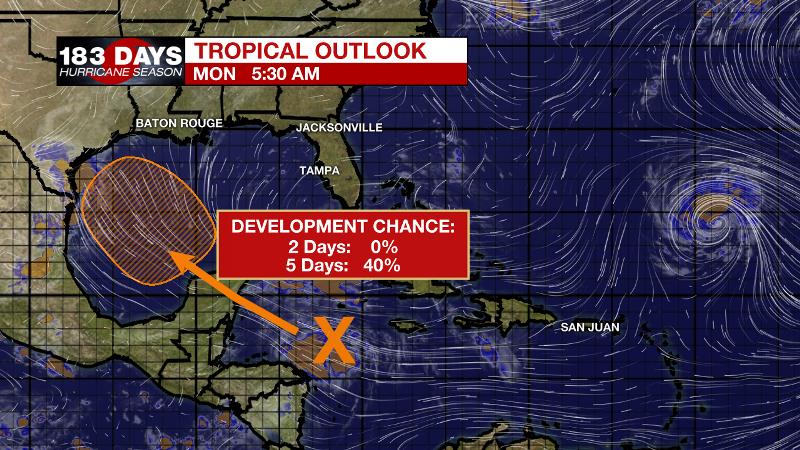 Lastly, an area of showers and thunderstorms in the western Caribbean Sea is expected to cross the Yucatan Peninsula into the southern Gulf of Mexico where it is given a 40 percent chance of development. As of now, this system does not look to directly impact the central Gulf Coast, but depending on its evolution could eventually lead to increased rain chances sometime this weekend or next week. Stay in touch!

A wetter pattern should take shape today over more of the forecast area today and persist over the next couple of days. The local area is between upper level systems as one shortwave trough departs through the Ohio Valley while another slow moving shortwave trough extended across central Texas. Another digging and more progressive shortwave trough moving southeast out of the Rockies into Texas will maintain a broad trough over Texas through at least the middle of the week. This will keep the forecast area in deep, moist southwest flow pattern with precipitable water values expected to be near or above 2 inches through Tuesday. An associated weak cold front will generally remain northwest of the forecast area but its proximity will lead to ample lift to work with the high moisture content to produce scattered to widespread showers and thunderstorms. Locally heavy rain is possible Monday and Tuesday, and some high-resolution models indicate the potential for isolated rainfall of 2 to 4 inches over a 2 to 3 hour period. By Wednesday, most of the area will return to a more typical late summer regime. More action will mean high temperatures stay in the mid 80s through then. Thursday into Friday, a ridge is expected to develop over the interior southeast U.S. as major Hurricane Florence moves into the Atlantic Coast. At the same time, we will be watching the south central to western Gulf of Mexico as a tropical wave could try to develop into a tropical cyclone as it moves northwest towards the Texas Coast Friday or early Saturday. Right now, any impacts to the forecast area appear to be mainly be over the far southwest portion of the forecast area and over the western coastal waters. Otherwise, ample moisture should remain in place for scattered afternoon showers and thunderstorms before somewhat drier air tries to work in over the weekend.