After a damp and cool weekend, a steady warm up begins within the next 72 hours. First, residual convection Monday from a front hovering the coast. Those umbrella’s and raincoats may be an accessory to begin the week. You won't need them long as warmer, calm conditions settle across the state for remainder of the week.

Light showers and damp conditions linger mainly around the coastal parishes and along I-10 during the next 12 to 24 hours. This is in response to the previous cold front lifting north towards the northern Gulf coast. Sunday’s lows more mild in the 50s. Monday, a few showers possible with cloud cover becoming more scattered, allowing highs to reach the mid 70’s. 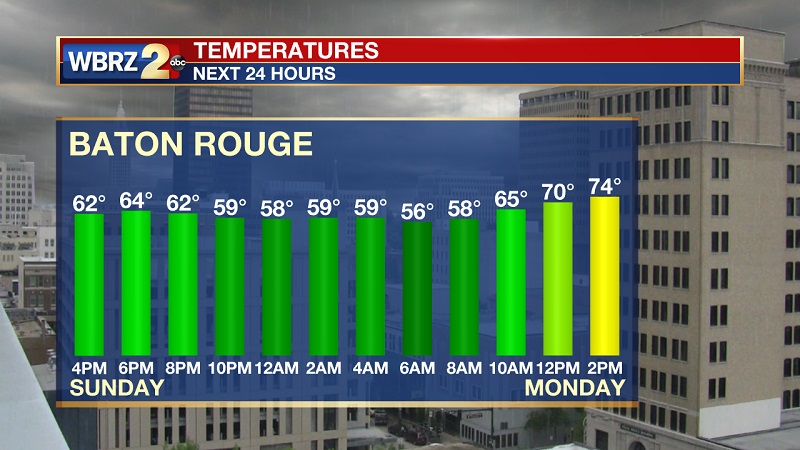 A quiet and calm forecast setting up as early as Tuesday. Clouds become less and a warming trend spreads across the region. A south west ridge covering the four corners pumps in much more heat and humidity as temperatures near normal Tuesday/Wednesday and above normal by Thursday/Friday. Saturday another round of possible storms.