Today and Tonight: Partly cloudy through the day today, with pockets of showers and storms developing through the afternoon hours between 1 PM and 6 PM. These showers will be moving in from the north, so some spotty rain could be felt in our southwest Mississippi counties around noon. Some rain could also linger until 8 PM, but it will be light and sporadic. There is still a potential for heavy downpours in spots, so localized flooding will still be possible through the middle of the day. Rainfall amounts should stay near .2”.Temperatures will be warming into the 80s around 9 AM, as we reach a high near 91° this afternoon. Winds will stay rather calm today and tonight, as showers taper off. Temperatures will be dropping into the 70s around 9 PM, as we bottom out overnight into Friday morning to around 73°. 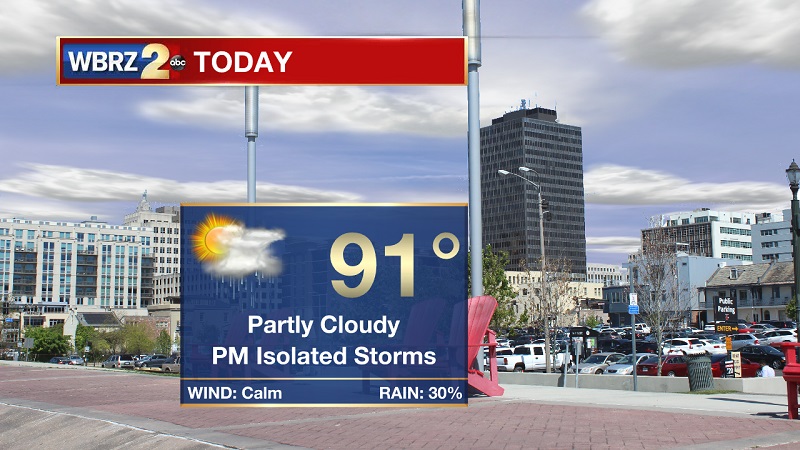 Up Next:  Spotty to isolated showers and storms will develop through the afternoon Thursday and Friday, with rain chances increasing slightly over the weekend. 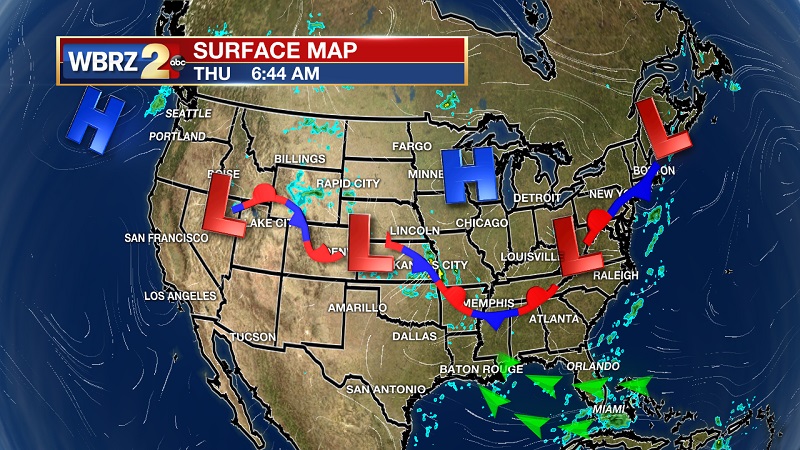 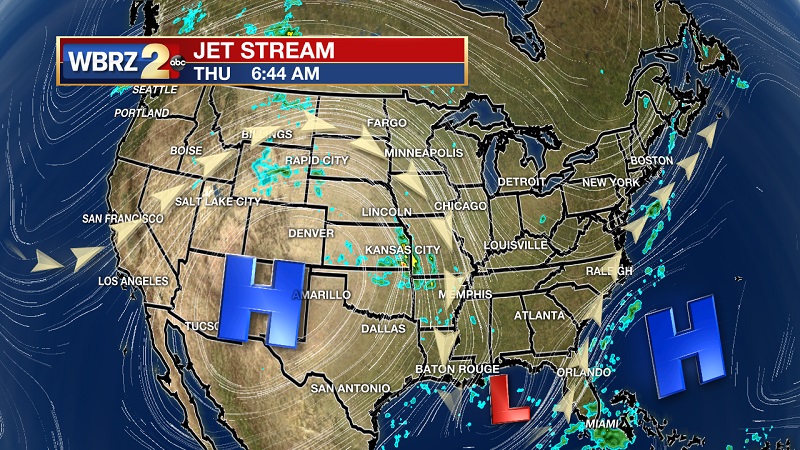 The first is an area of disturbed weather stretching across Cuba and the Bahamas which is forecast to move northwestward and then northward, producing locally heavy rainfall over portions of the Greater Antilles, the Bahamas, and Florida during the next few days. Conditions could become marginally conducive for development over the weekend while the system turns and accelerates northeastward off the southeastern U.S. coast. The National Hurricane Center is forecasting a 0% chance of tropical development within the next 48 hours, and a 10% chance of development within the next 5 days.

The second is a broad low pressure system located about 900 miles west-southwest of the Cabo Verde Islands which is producing a large area of disorganized showers and thunderstorms. Gradual development is possible during the next couple of days while the system moves west-northwestward at about 15 mph across the central tropical Atlantic Ocean. Conditions are forecast to become more conducive for development over the weekend, and a tropical depression is likely to form by early next week several hundred miles east of the Lesser Antilles. The National Hurricane Center is forecasting a 10% chance of tropical development within the next 48 hours, but increasing to a 70% chance within the next 5 days. 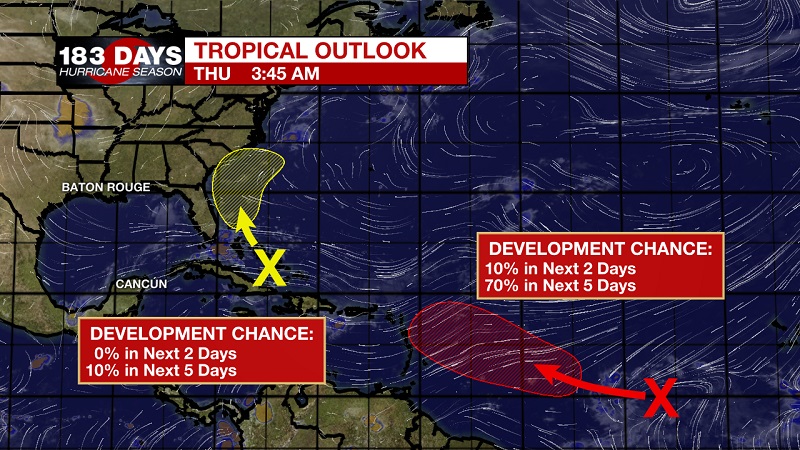 There is not a whole lot of surface features across the Gulf Coast, just a couple weak and isolated low and high pressures, with the main front staying to our north in Central Arkansas. That is similar to the situation in the upper-levels as well. The Gulf Coast is in between two large high pressure systems, one in the four corners region, and the other is the Bermuda High. Between these highs, a weak trough has set up over the northern Gulf. This will keep spotty to isolated showers and storms through the rest of the workweek. The high pressure over the Southwest U.S. will begin to degrade over the weekend, meaning that rain chances will increase and become more scattered as the Bermuda High’s influence will push into the eastern Gulf. It should not last too long, as the Western High begins to slowly build again through the beginning of next week.