BATON ROUGE – July 17 will mark the one year anniversary of the shooting deaths of three law enforcement officers during an ambush that took place at the B-Quick store on Airline Highway.

Acting U.S. Attorney Corey Amundson released a statement regarding the anniversary reminding citizens to remember and celebrate the fallen and wounded officers and provide comfort to their families.

Amundson also stated that officers “hold one of the most important and impactful roles in our society.”

Amundson went on to say that the service given by the officers wounded and killed during the ambush is a blessing.

Read the full statement below or by clicking here: 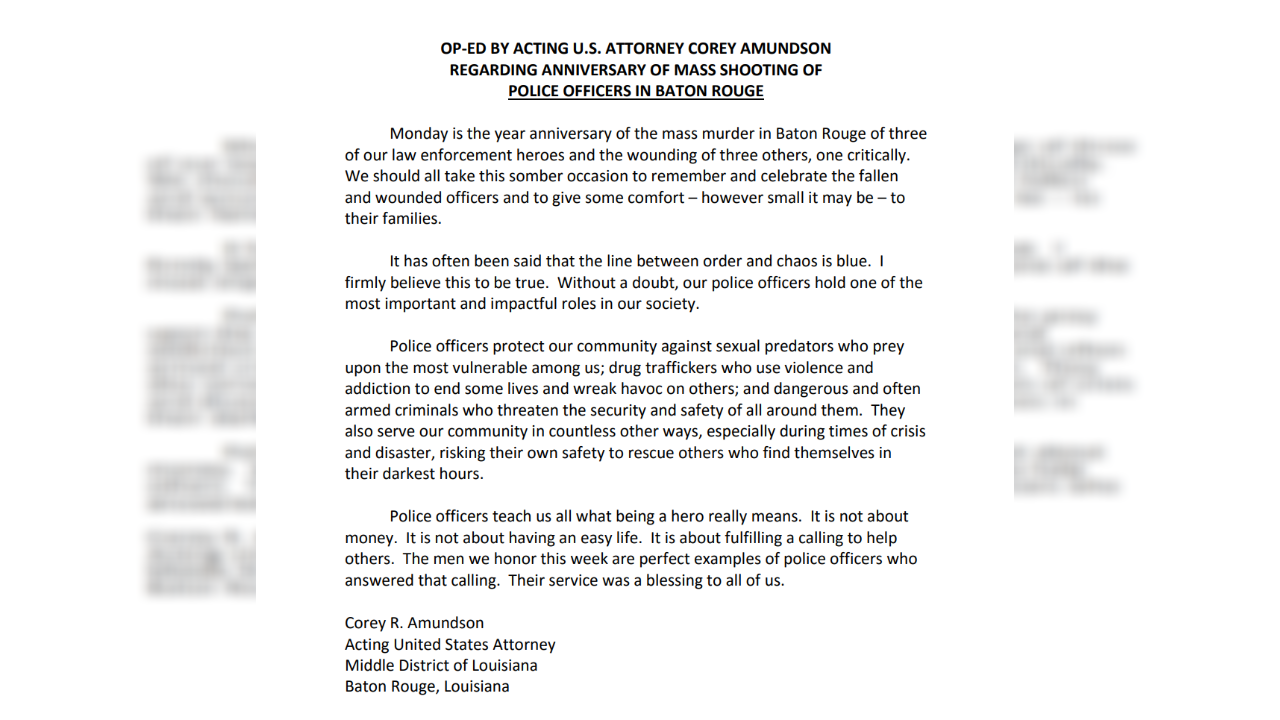