Tonight: Expect areas of patchy fog tonight, but no fog advisories should be necessary. Mostly clear skies will allow the formation of fog and drop temperatures to the upper 60s to near 70 at sunrise. A minimal chance for rain at less than ten percent exists in the overnight hours 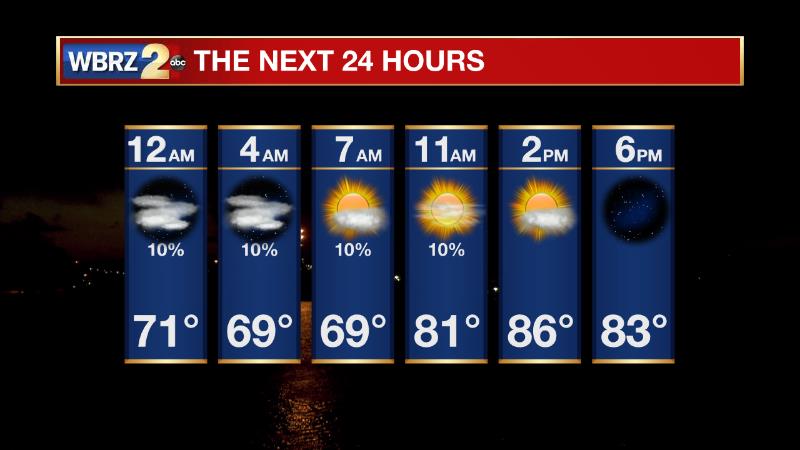 Record high temperatures will be threatened as high pressure ridge entrenched over the Piedmont allows air to be forced to the surface resulting in compressional warming that will force temperature to soar to nearly fifteen degrees above normal. The record high for October 25th is 89 degrees set back in 1936 and this record is fully expected to be tied, if not broken, on Monday. 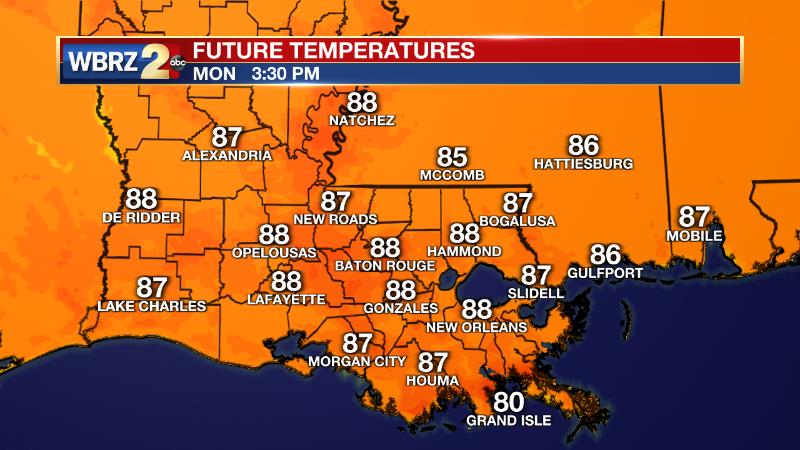 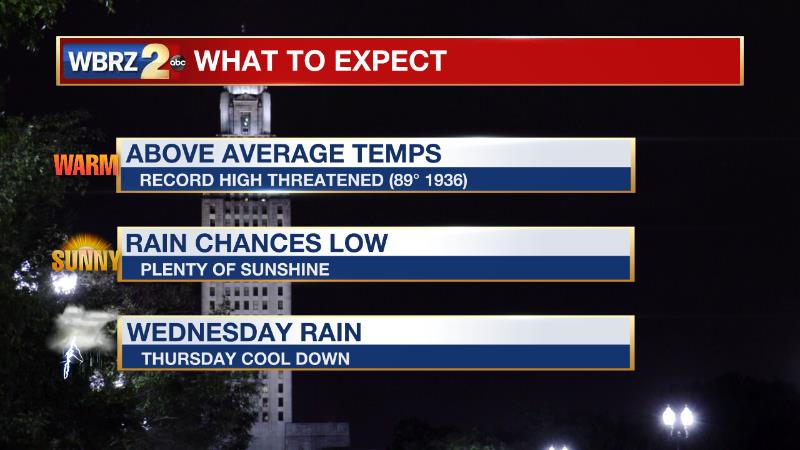 Looking Ahead Wednesday and Thursday:

Big changes are coming to the weather pattern by mid-week as our next significant storm system moves in Wednesday bringing with it a very strong cold front and very active weather. Expect an abundance of showers and thunderstorms along and ahead of this front that could produce gusty winds and locally heavy rainfall that will be brief in nature. A few storms may be strong to severe, but those details will become more clear in the coming days. Behind the front on Thursday, temperatures will drop significantly. Afternoon highs will be in the 70s with overnight lows in the 50s. 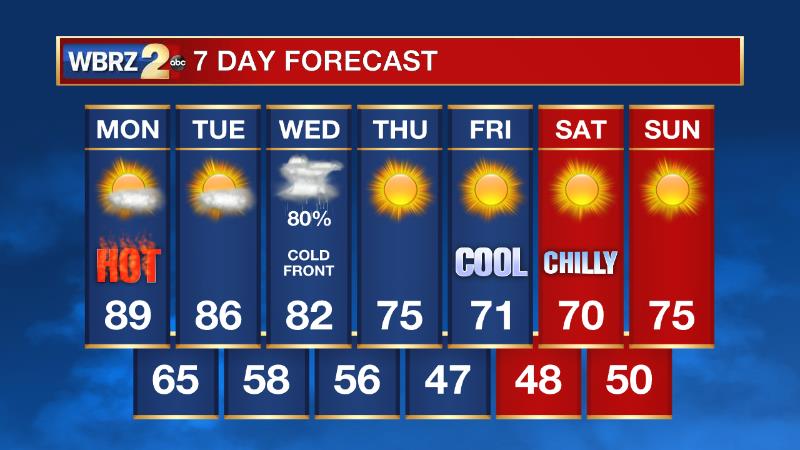