A warm March felt across the country

The average monthly temperature across the contiguous United States was 46.1°F, making March 2020 the 10th hottest in the 126-year record. This was 4.6°F above the 20th century average. The greatest temperature deviation from average for March was felt across the Gulf and Southeast coasts, where record warmth was occurred from South Texas through Northeast Florida. Above average temperatures were also felt along the East Coast and extending west through the Appalachians. The only area of the country experiencing below average temperatures were Central California and portions of the Pacific Northwest. 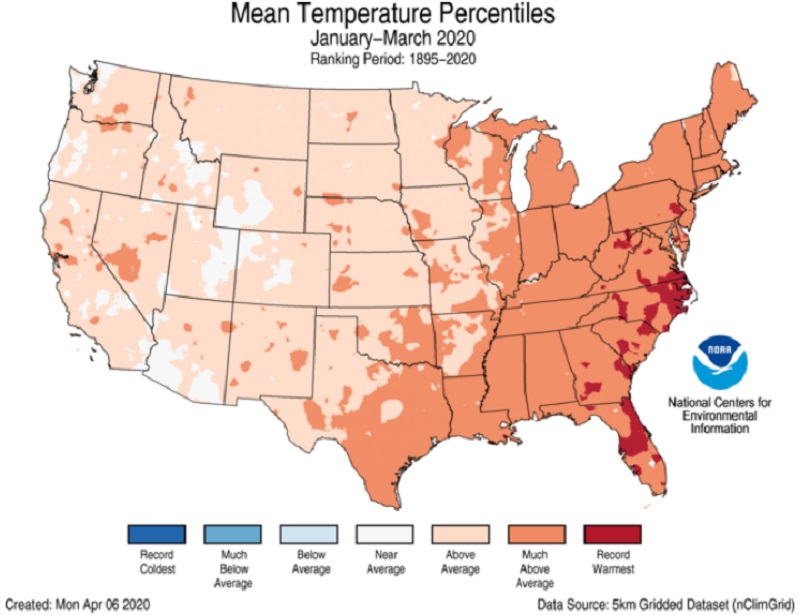 2020 has also been a rather warm year for the nation as the year-to-date (January – March) average U.S. temperature was 39.3°F (4.1°F above average), ranking it eighth warmest on record. The majority of these areas were along the East Coast. 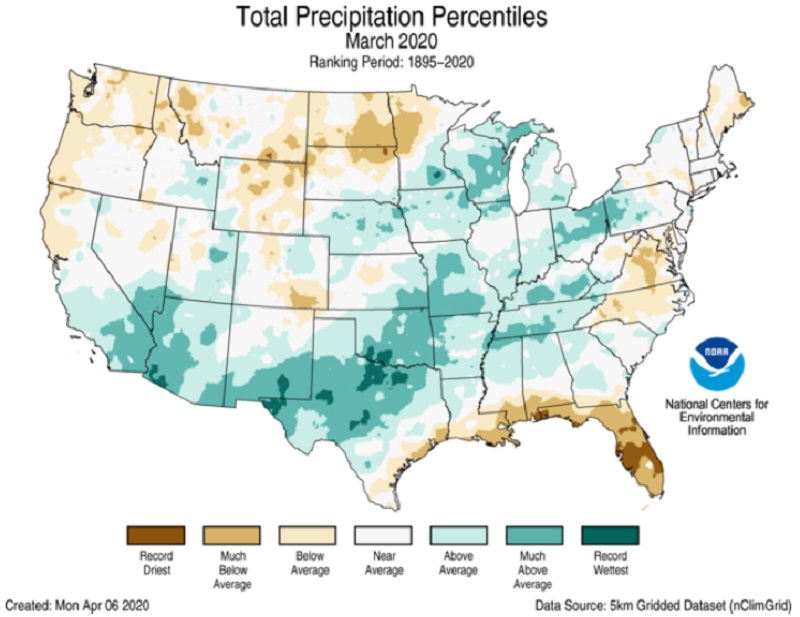 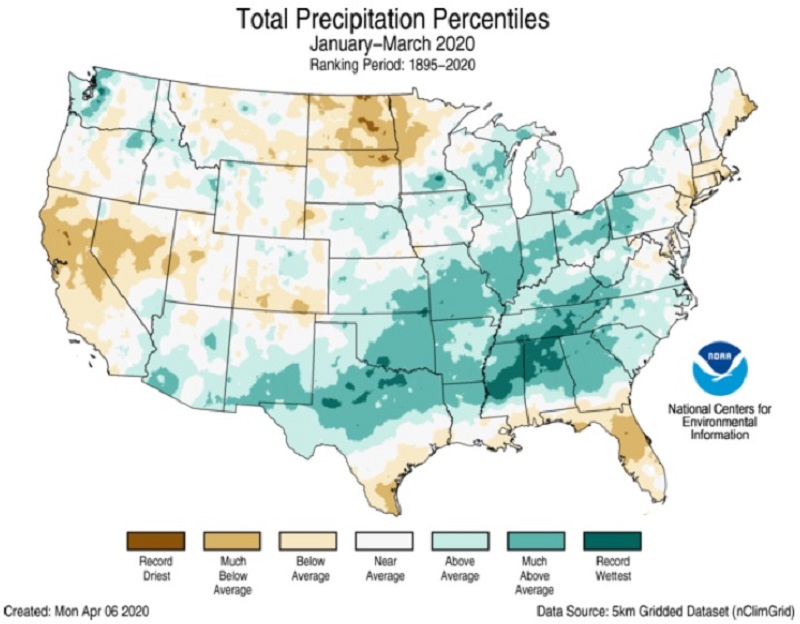 It has also been relatively wet, at least in certain parts of the country. These areas consisted of the Smokies and Western Appalachians, Central Texas, and Southern Arizona. March 2020 ranked in the wettest third in the last 126 years, but the year-to-date (January – March) was the 14th wettest on record. 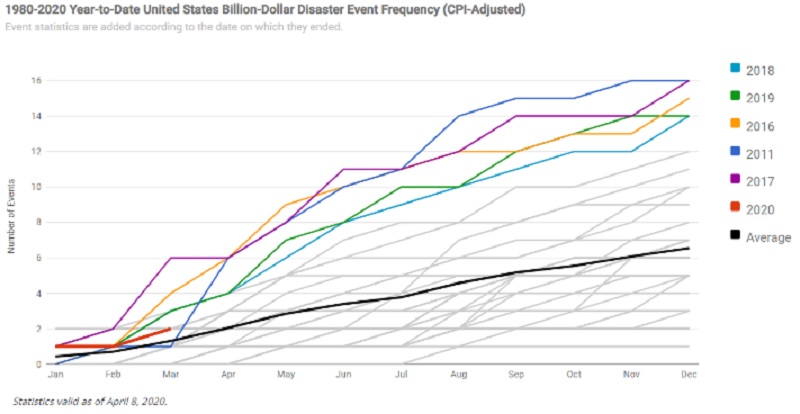 The United States has also experienced two weather and climate disasters, both costing over $1 billion. The first occurred in January across the South, Southeast, and Great Lakes states causing tornadoes, flooding, and coastal erosion. More than 80 tornadoes were reported in addition to widespread flooding across the Southeast. The second event was in March when overnight tornadoes ripped through the Nashville, Tennessee area and extending storm damage across the surrounding states. More than 40 buildings were destroyed and over 24 fatalities were reported. The United States has now sustained 265 weather and climate disasters since 1980 where damages and costs reached or exceeded $1 billion. This brings the grand total of damage costs to over $1.775 trillion since 1980.