Today and Tonight: A broken frontal system will be pushing through our area, but should stay rather fragmented as it nears the Gulf Coast. Spotty showers will be possible through the morning and afternoon hours, as rainfall tapers off around 6 PM. Rain amounts will be low, only accumulating to near 0.1” east and north of Baton Rouge. Temperatures will be rather warm, as highs top out near 76° with southeasterly winds of 5 to 10 mph. Drier conditions tonight, but clouds will be sticking around. These clouds will keep temperatures from cooling quickly, as lows will only reach near 54° with calm winds out of the north. 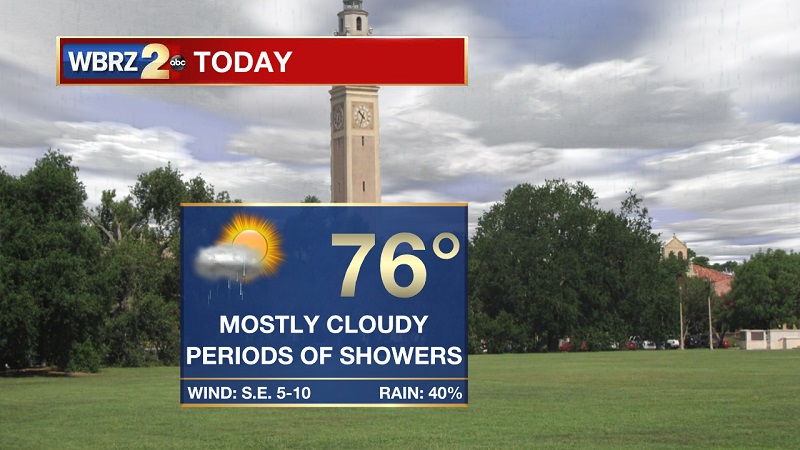 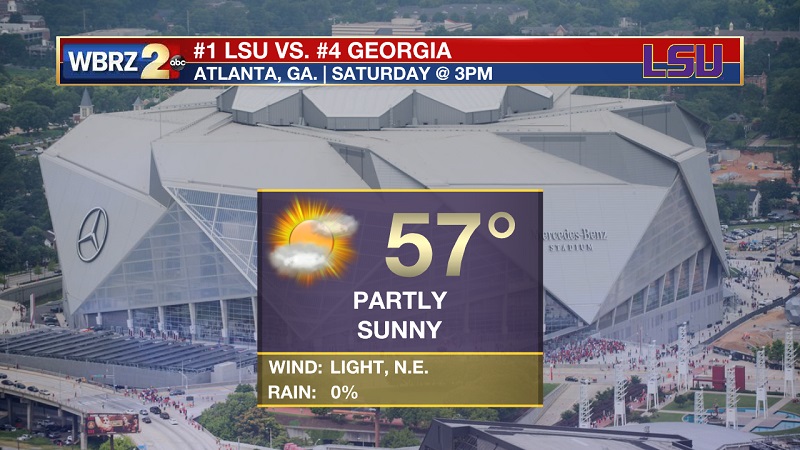 Up Next:  Mostly clouds skies will continue through the weekend before another system returns showers to our forecast early in the workweek. Cooler and sunnier conditions through midweek. 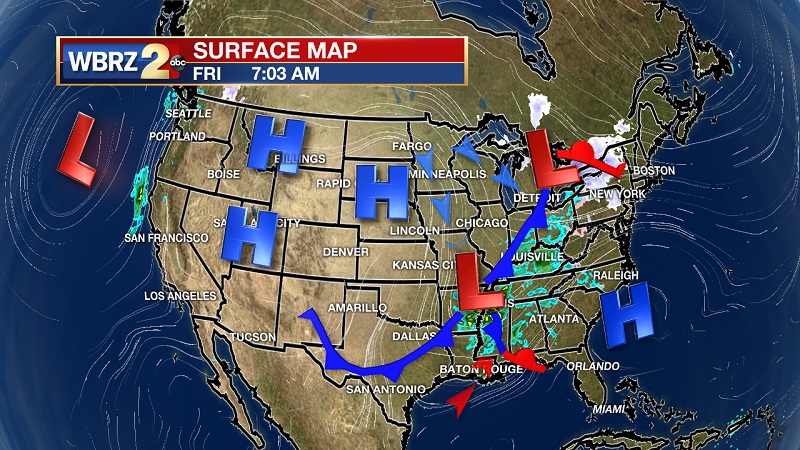 A weak frontal system is speeding across Arkansas and northern Louisiana, on its way to the Gulf Coast. This front will be well fragmented as it passes through our area, bringing only isolated showers through much of the day. Cooler air will move in later tonight into Saturday, which will bring highs near average for this time of year- which is 66°. The weakness and speed of the cold front means that this cooler weather will only last on Saturday, with warmer conditions on Sunday. There is a potential for a coastal shower over the weekend as the low pressure stalls and dissipates to our east, but should stay rather limited and confined to the immediate coast and offshore waters. A stronger front will move in Monday and Tuesday, bringing more scattered showers mainly through the early half of Tuesday. High pressure will slide in behind this front, bringing sunny skies and cooler temperatures Wednesday and Thursday.