Today the 2022 hurricane season comes to a close. There was not a single named storm that made landfall in Louisiana, Mississippi, Alabama, or Texas. Storms in or approaching the Gulf of Mexico repeatedly met cold fronts that pushed all activity to southern Mexico and southwest Florida.

Though all the ingredients were there for another year of above average activity, this season finished with nearly all average statistics. There were 14 total named storms and 14 is the exact average. 8 of those named storms were hurricanes and on average we see 7. Two of them major hurricanes. Both Fiona and Ian reached category 4 strength. 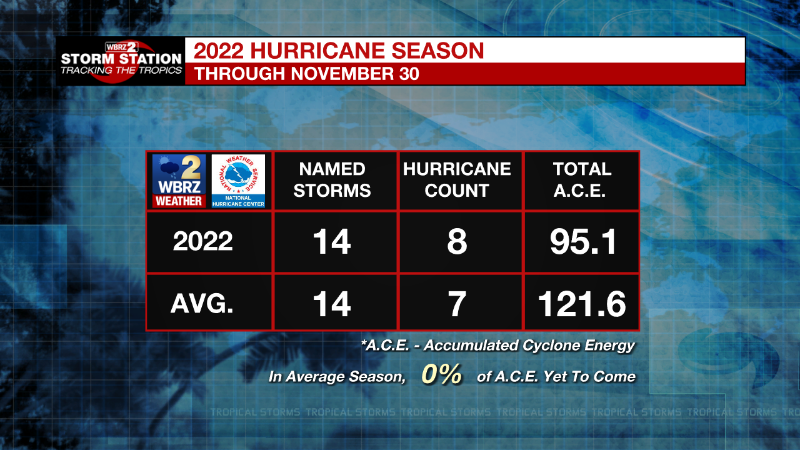 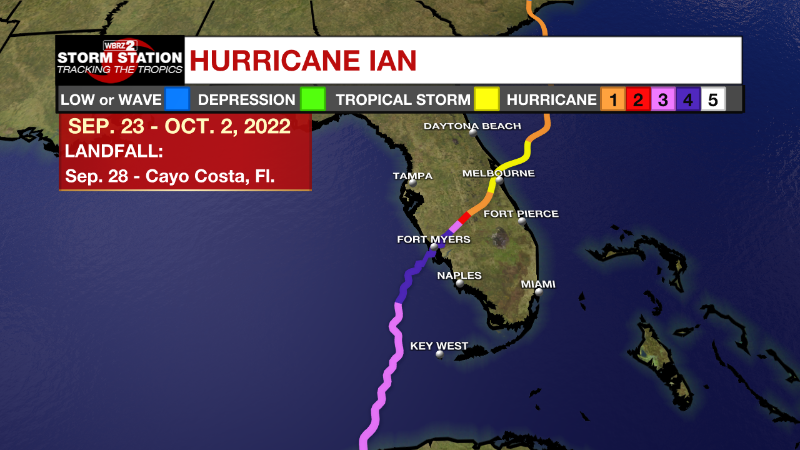 Overall, only 4 storms made landfall over the continental United States; Alex, Colin, Ian, and Nicole. 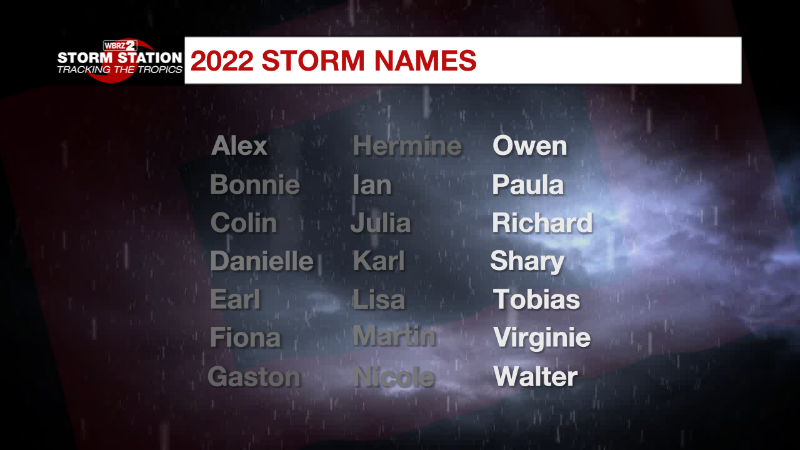