Widening plans call for a single lane in each direction of I-10: Truckers are key to easing gridlock

BATON ROUGE – Interstate design engineers are pressing for patience as they show off the plans for the long-awaited redesign of I-10, especially as it’s realized a short section of the interstate will squeeze down to just one travel lane in each direction.

For about 12 months, engineers are being forced to shuffle both directions of traffic into the current I-10 West flyover above Expressway Park.  The two-lane flyover moves traffic on I-10 W past the I-110 entrance toward the New Bridge.  Once constriction begins, traffic in both directions will be forced to share the flyover, creating just one lane in each direction for about 3,000 feet between the Louise Street exit and the approach of the bridge over the Mississippi River. 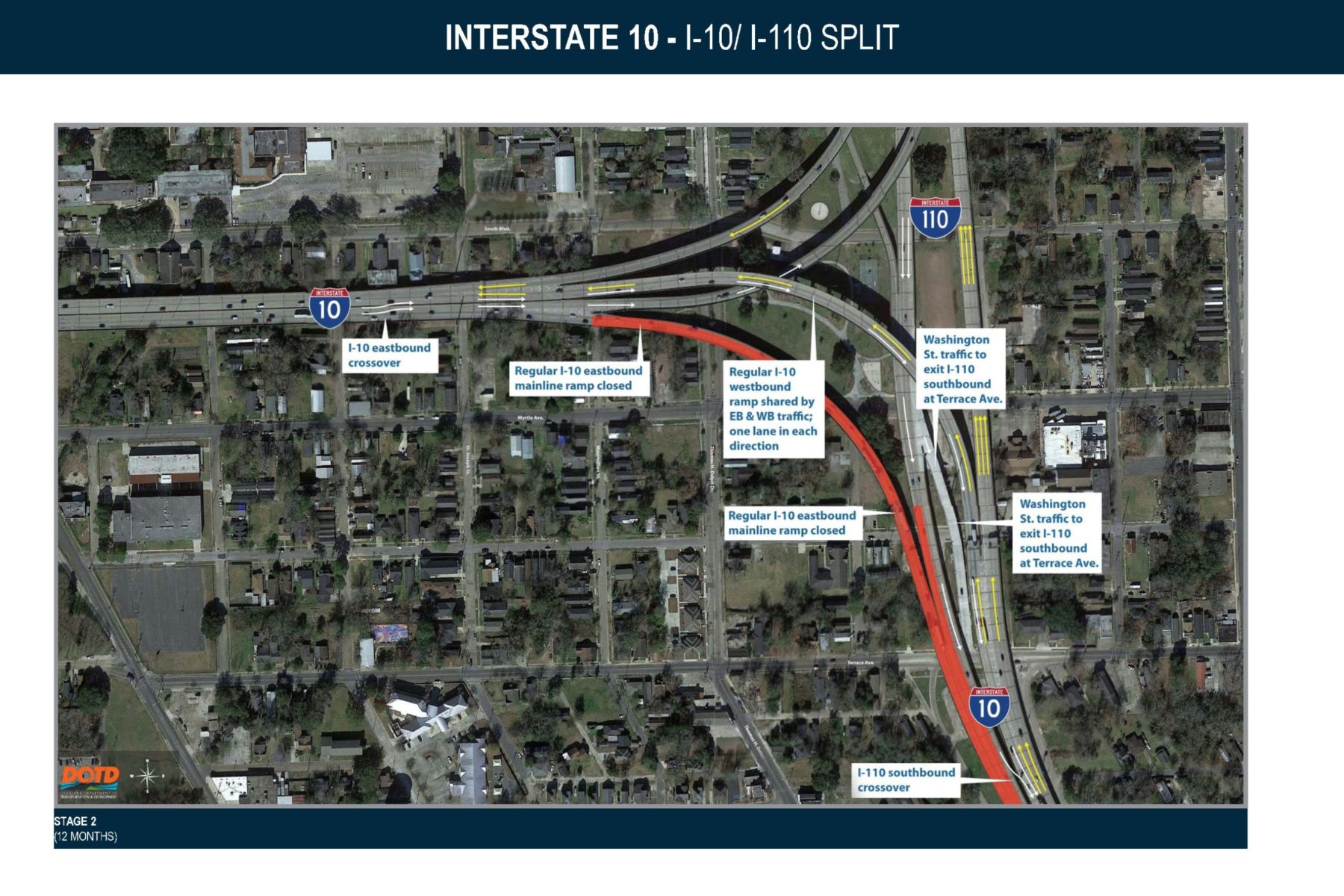 Essentially, construction crews will shut down traffic on I-10 Eastbound from the bridge to just after Acadian, a nearly three-mile stretch of highway will traverse the current I-10 West roadway. 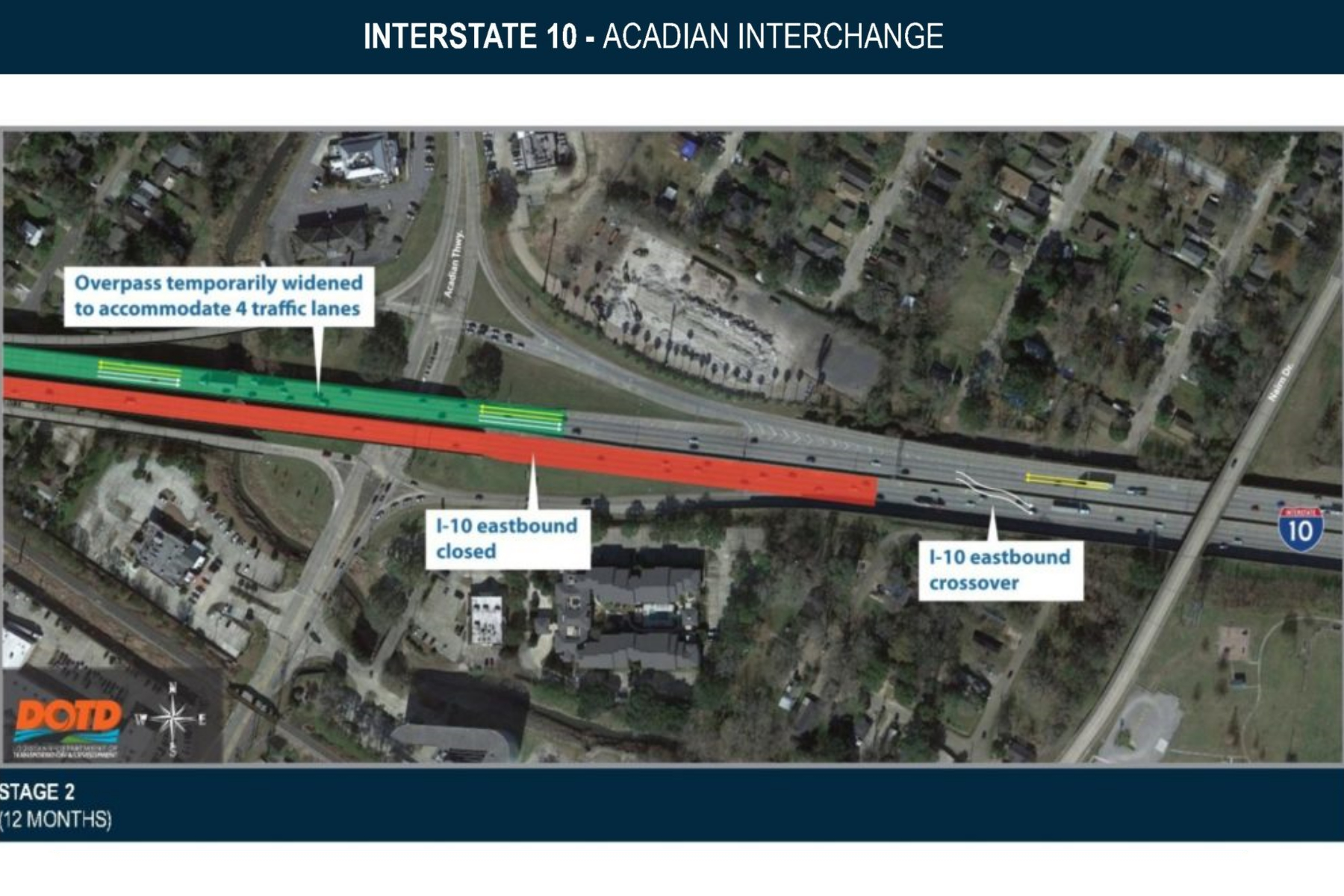 For most of the length, traffic will have two lanes in each direction, something the state highway department has made pretty clear to drivers ahead of the construction.

“It does a number of critical factors that we believe are important. It takes the project down from eight-plus years down to four-plus years in terms of the length of construction for that segment,” DOTD Secretary Shawn Wilson said Monday.

“It is going to be a challenge for citizens to matriculate for a couple of months before they learn what it is. But that is the impact of saving time and money,” he said.

To ease that 14-month period where lanes will be restricted, Wilson says he plans to work with big delivery companies like Amazon to adjust their schedules and work on signal timings on alternate routes that will be provided when we get closer to the project.

The state is hoping it can reach truckers over the next two years before works starts to encourage them to look for ways to avoid the congested stretch of interstate.

Rodney Mallet, the DOTD spokesperson, said Tuesday, it may mean if there are few alternative routes, truckers should consider changing route schedules.

"We've already contacted some of the trucking industries to say, 'look you might want to look at changing your schedule times when it comes to 2024,'" said Mallet.

The $1.2 billion road project has been in the works since 2018 and will widen I-10 through Baton Rouge and deal with the notorious chokepoint near downtown.

Lane restrictions are not scheduled to begin until sometime in early 2024 but initial work will begin sooner.

"I would suspect you will see shovels in the ground in the next month, month and a half," Wilson said Monday.

Already in progress, the $52 million College Drive flyover is expected to be completed by the end of this year.

The state has organized a phase-by-phase explanation of the road project HERE.