For one more afternoon, some tropical showers and thunderstorms will be scattered about. Through this event, most across the WBRZ Weather forecast area have picked up between 2 and 8 inches of rain. This is no small amount, but fortunately not the 10-20 inches that were being forecast prior to landfall. The maximum amounts occurred in central Louisiana where 10-15 inches fell in about a 12-hour period on Monday morning. Gusty wind and isolated, brief tornadoes and created scattered tree and powerline damage in the Baton Rouge area  on Sunday. 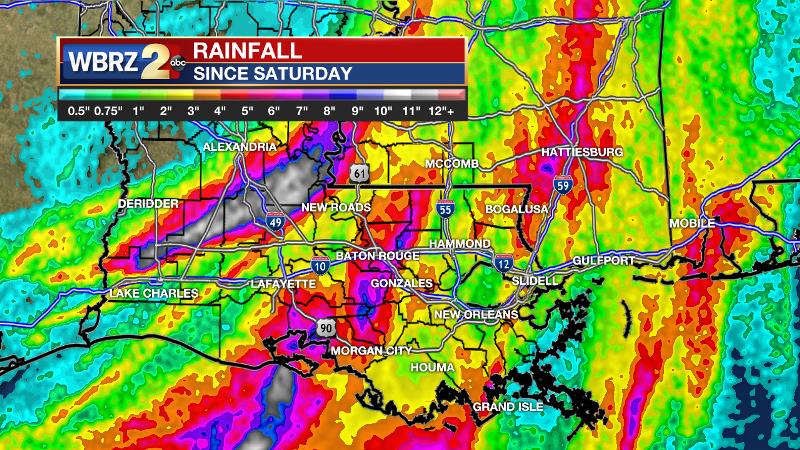 Today and Tonight: Enough Barry moisture will be around to enhance scattered showers and thunderstorms Tuesday, but some sunshine is also expected, especially early. High temperatures will respond by making it into the upper 80s and lower 90s. Winds will be light and southerly. Overnight will be partly cloudy with lows in the mid 70s.

Up Next: By Wednesday, more typical summer weather will be restored as high and low temperatures move closer to normal. Also, rain chances will diminish into the isolated category, the typical afternoon “pop-up” variety. This pattern should last into the weekend. 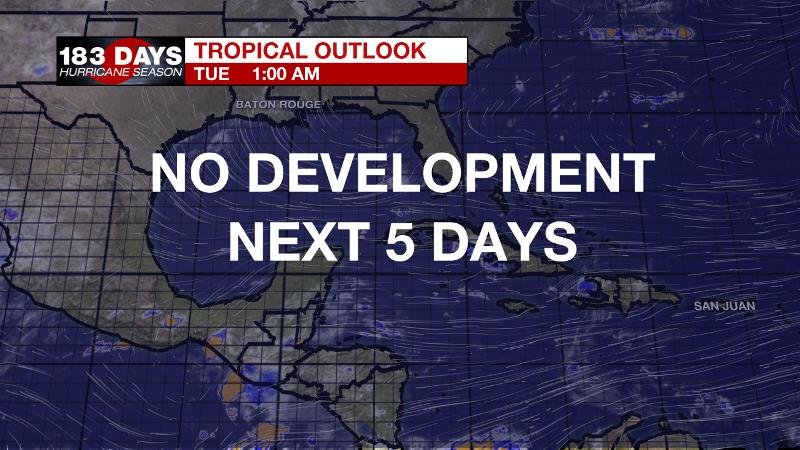 The Mississippi River: At Baton Rouge, major flood stage continues with a level of 42.2’ as of Tuesday morning. Peaking at 44.1’ on March 19, the river set its 7th highest recorded crest at Baton Rouge. At 192 days, this year marks the longest period above flood stage at Baton Rouge. The level will slowly fall, but is likely to stay above flood stage for several weeks to come. The high water will remain an issue for river traffic and river islands, although some inundation will continue for unprotected low-lying areas. The city of Baton Rouge and the main LSU campus are protected by levees up to 47 feet. Some soggy areas and seepage may be noted due to the long duration of high water placing pressure on the levees. As some of the Mississippi River diverts into the Atchafalaya River, gauges at Krotz Springs and Morgan City will stay high as well. This creates backwater flooding in parts of Assumption Parish in areas such as Bayou Chene, Stephensville and around Lake Palourde.

The moisture axis from Barry’s remnants will become less pronounced by Tuesday. As a result, forecast rain coverage will remain in the scattered category. Some instances of areal flooding remain possible. The deeper low should open up into a wave of low pressure by Wednesday and scoot away from the region. Less action overall will result in warmer high temperatures, closer to the seasonal averages near 90 degrees. Nights will remain muggy and in the mid 70s. A broad upper level ridge will build over the region for the end of the week leading to a warmer and slightly drier pattern.