PRIDE - Two men have been arrested in the shooting death of a woman Thursday night.

Deputies were called to a house on Pride-Port Hudson road about midnight. They found Whitney Durant, 33, shot dead inside. Her body was surrounded by bottles of bleach, blood smears and a mop bucket.

Investigators initially described the death only as “suspicious.”

Durant and the two men – Steven Francisco Ortiz-Morales and Zebbie Berthelot – had been staying at the home at 15209 Pride-Port Hudson, investigators learned. Berthelot’s brother owns the house.

Investigators were told that the visiting trio was using drugs Thursday evening and Ortiz-Morales became “highly paranoid,” according to a sheriff’s office news release.

Berthelot’s brother told Zebbie Berthelot that he, his girlfriend and his friend should not return to the house because of Ortiz-Morales “allegedly ‘freaking out,’” the news release said.

The brother left the house and returned to find Durant dead and the two men gone, according to the sheriff’s office. 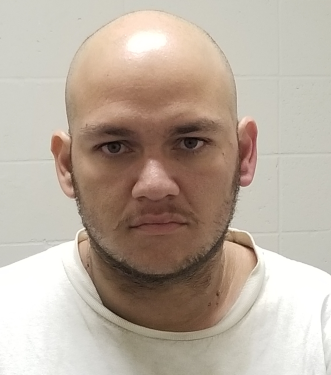 Ortiz-Morales, 27, was arrested in Zachary hours after the crime when police there got a report of a suspicious person. Deputies say he had a .40-caliber handgun and was wearing body armor at the time of his arrest, and later reportedly confessed to killing Durant.

He was booked into Parish Prison with second-degree murder and obstruction of justice.

Berthelot, 43, was booked as an accessory after the fact to second-degree murder, obstruction of justice and as a felon in possession of a firearm.

Berthelot has been involved in a murder before.

He was 16 when he was arrested in the 1992 murder of Kipp Earl Gullett, an LSU freshman who was carjacked and executed.

Dale Dwayne Craig, who was 17 at the time of Gullett's murder, was sentenced to death in that crime. The U.S. Supreme Court ruled that people who committed crimes as juveniles could not be executed, so he's now serving a life sentence.

Berthelot and one other defendant in that case pleaded guilty to manslaughter and were sentenced to 20 years in prison. Both testified against Craig.

The fourth defendant was found guilty of second-degree murder and sentenced to life in prison.

Berthelot was paroled in the Gullet case in 2002, according to media accounts of the time.