Tonight and Tomorrow: Cloudy skies sticking around through much of the evening, as a cold front is pushing through the area. Moisture is lacking with this system, but a light shot of drizzle is possible before midnight. Conditions will be cooling quickly, as temperatures plummet to an overnight low of 50°. Winds will stay breezy into Monday, with partly cloudy skies overhead. Temperatures will much cooler and slow to warm through the morning. High temperatures will only reach near 64°, with northerly winds between 10 and 15 mph. 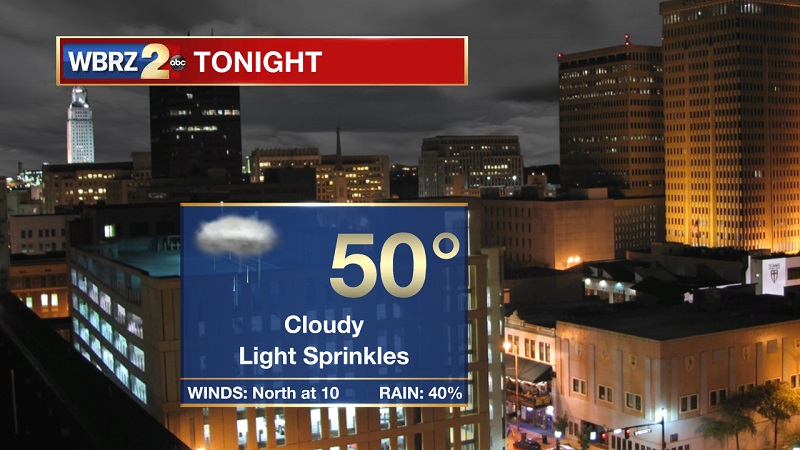 Up Next:  Wet conditions setting up through the workweek, peaking rain and storm activity from late Tuesday through Thursday. Showers lingering into the weekend with highs staying into the mid to upper 70s. 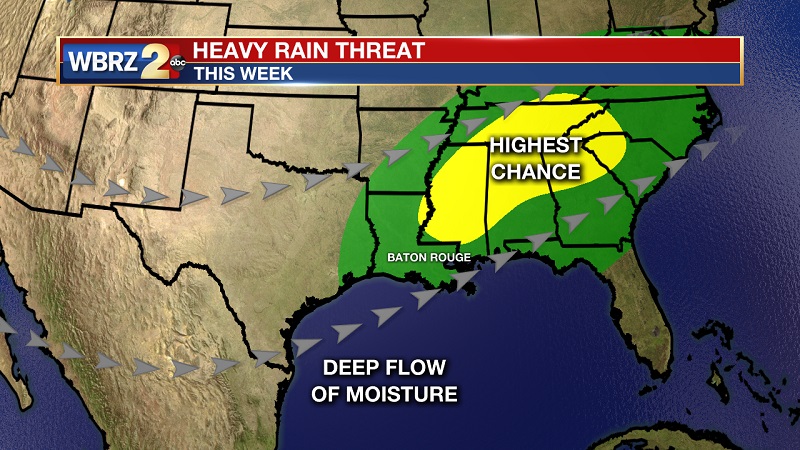 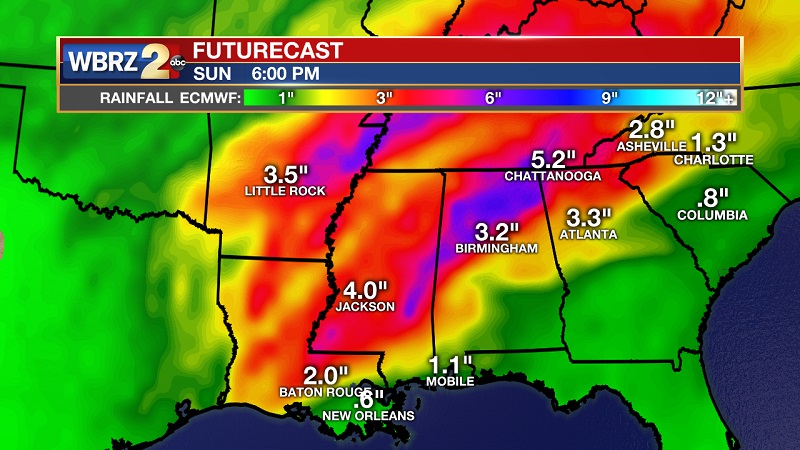 Cooler air pushing into the region to start the workweek off, which is associated with a cold front that passed through Sunday evening. This will allow for a brief stint of high pressure behind the front, allowing for partly cloudy skies and cooler temperatures on Monday. This will not last long, as clouds will be increasing late Monday, with a wet weather pattern setting up. An upper level trough will drop into the Western Gulf late Monday, and will push moisture onshore from Louisiana into Tennessee through much of the week. This activity will peak late Tuesday into Thursday morning, as instability and directional shear will allow for strong to severe thunderstorms to develop during this time frame. Heavy rainfall will also be occurring, allowing for rainfall amounts to hover between 3 and 5 inches through the week. Luckily, the jet stream is rather strong, which will push the majority of moisture further inland from Mississippi through Alabama and into Northern Georgia. Rain amounts in this region are expected to reach from 8 to 11 inches. After a chillier start on Monday, high temperatures will rebound back into the mid to upper 70s through the latter half of the week, and approach the 80s on Saturday.