Storms and Heavy Rain Through the Day

Today and Tonight: Mostly cloudy skies through the day today, as scattered showers and storms will move in this morning and continue to develop through the afternoon. Some strong storms will be possible, with heavy downpours, gusty winds, and frequent lightning. Areas west of Baton Rouge are in a Slight Risk (2 out of 4) of excessive rainfall, and east of Baton Rouge are in a Marginal Risk (1 out of 4). We can expect 1-2” of accumulated rainfall within some of these storm cells, with an average of .5” to .75” across our entire region. Temperatures will be warming slowly because of these approaching showers, breaking into the 80s around 10 AM, with an afternoon high near 87° with light winds out of the west. Scattered strong storms will continue to develop through the afternoon until about 6 PM, then more spotty showers will linger through the overnight period. Temperatures will be dropping into the upper 70s around 7 PM, eventually reaching a low of 72°. 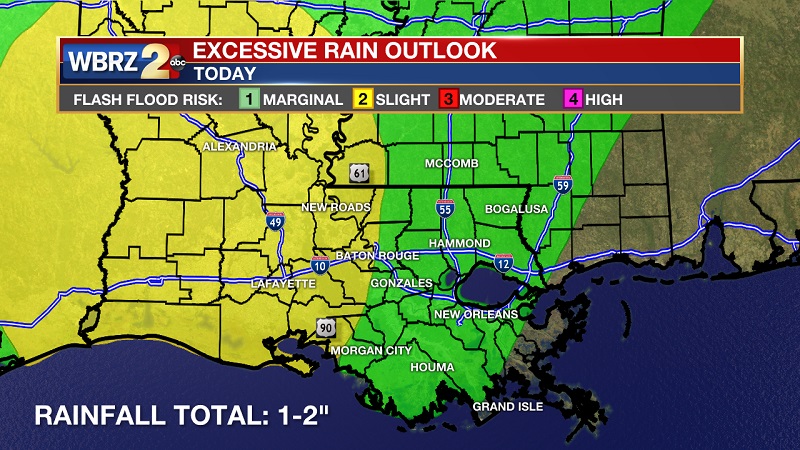 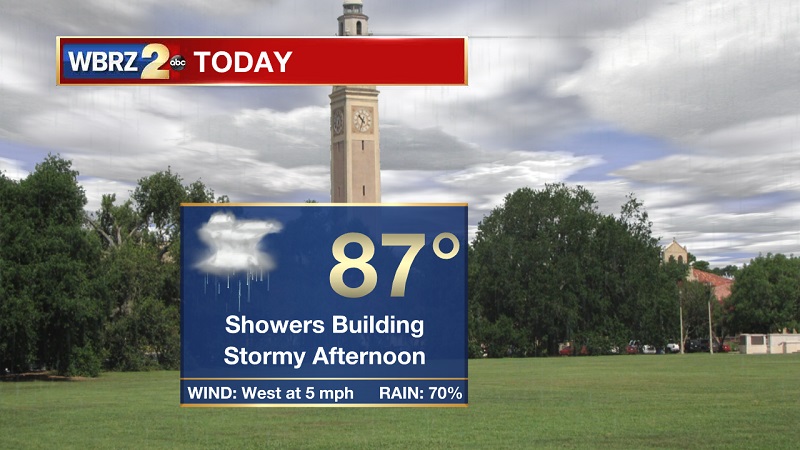 Up Next:  After a wet and stormy Tuesday and Wednesday, showers will become more isolated and confined to the afternoon to wrap up the workweek. 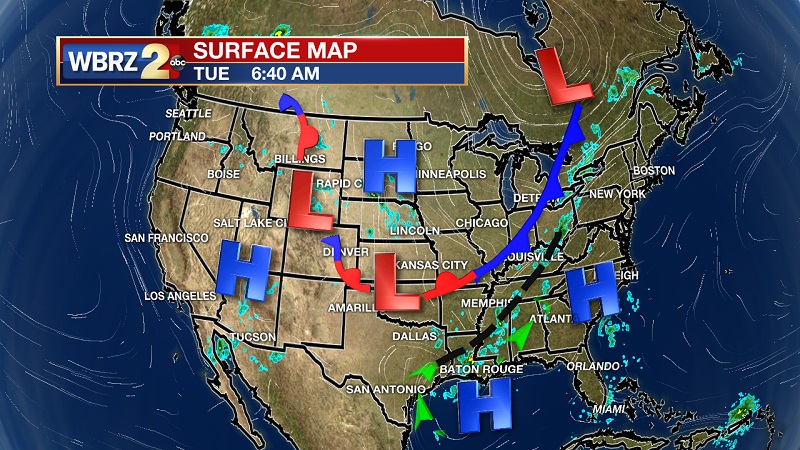 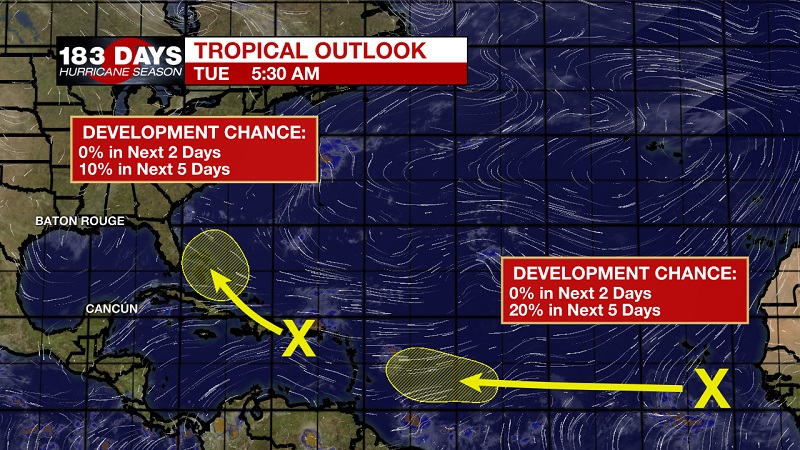 A stalled frontal trough will linger across Southern Louisiana today to input ample uplift and convection that will build through the morning and peak between 1 PM and 6 PM. The main concern is heavy rainfall, as we are in Slight to Marginal Risk of Excessive Rainfall Tuesday. Moisture does start to wane a bit as we proceed through the midweek, as some mid-level dry air moves into the area. This will bring a return to a more normal summertime pattern, with afternoon isolated storms developing as temperatures break into the upper 80s. There is a large, upper-level high pressure over the southwest, which has kept our high temperatures at or slightly below average over the latter half of July. This is due to the northwest winds aloft influencing daily heating. This flow will likely bring additional storm cells into the Gulf States over the weekend, which will slowly increase rain chances into Sunday.