Capt. Liberto was about to celebrate his 26th year on the force.

The 58-year-old father of seven was honorably discharged from the Marine Corps after serving his country for 10 years.

"Captain Liberto joined the Mandeville Police Department in January of 1994," Mandeville PD said. "He climbed through the ranks and earned multiple prestigious awards during his years of service, including Officer of the Year. Captain Liberto was a graduate of the F.B.I. National Academy, and was also a polygraphist."

Though his career was spent policing the St. Tammany Parish city, he was closely tied to Baton Rouge and the police force there, where his son once served.

Capt. Liberto also spent some time during the summer of 2016 assisting officers in Baton Rouge in the wake of a violent attack at a gas station on Airline Highway.

A news reporter from New Orleans captured a picture of the father and son policing team working together in 2016. 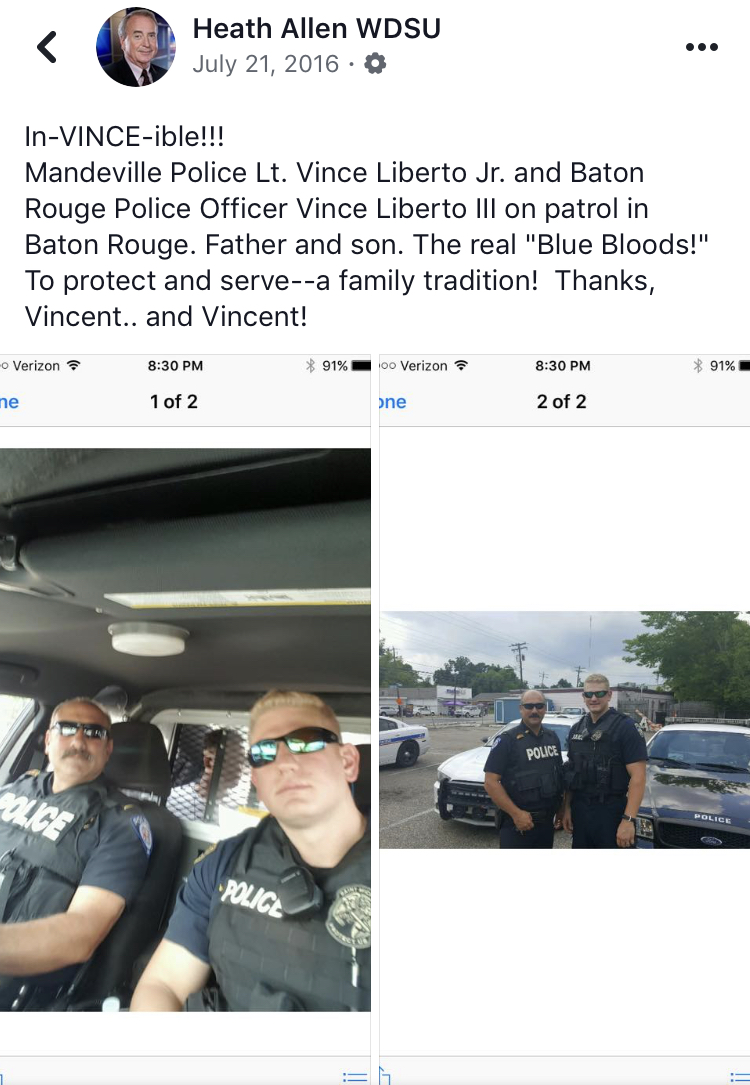 After Capt. Liberto was identified as being killed in the line of duty, people who knew him shared their memories and pictures of the captain working with his son, a Baton Rouge Police officer, when BRPD received backup from agencies across the region following the devastating attack on police and sheriff’s deputies in July 2016.

Capt. Liberto’s life of service transcended deep into his family.

“Captain Liberto leaves behind a loving wife and seven children. Several of his children are active law enforcement officers and military,” the Mandeville Police Department said in a statement.

Captain Liberto was the first Mandeville police officer killed in the line of duty in 61 years.

State Police are handling the investigation into the officer’s death. Early Saturday morning, the agency released its preliminary investigation found a suspect shot Liberto and another officer at the end of a police chase on US 190.

The shooting happened near the overpass of Highway 22 and US 190, across the street from the Cafe Du Monde.

A passenger in the suspect’s vehicle sustained minor injuries in the crash.

The second officer shot is expected to survive.