A cold front will jolt thermometers back below average by Sunday. While a freeze does not seem to be upon us yet, the first 32-degree low of the fall has historically been met in the third or fourth week of November. Continue to check in as we update the tumbling temperatures. 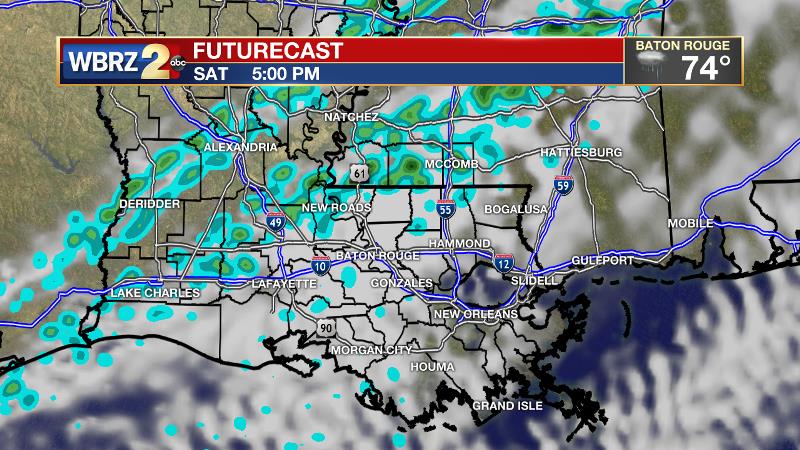 Up Next: A cold front will push into the region on Saturday with increasing clouds followed by late day showers and possibly a thunderstorm. The front, and what little precipitation falls, will move through quickly. A significant drop in temperatures will occur by Sunday as high temperatures struggle for the mid 60s despite sunny skies. The coldest air of the extended period is expected on Monday morning with many thermometers achieving the upper 30s. Uncertainty is high and therefore confidence is low in the forecast for Tuesday and beyond. A round of showers is possible on Tuesday or Wednesday. Right now, Thanksgiving and Black Friday appear as though they will be dry. As far as temperatures go, highs in the 60s and lows in the 40s look to be a decent bet. Details will become clearer over the weekend. 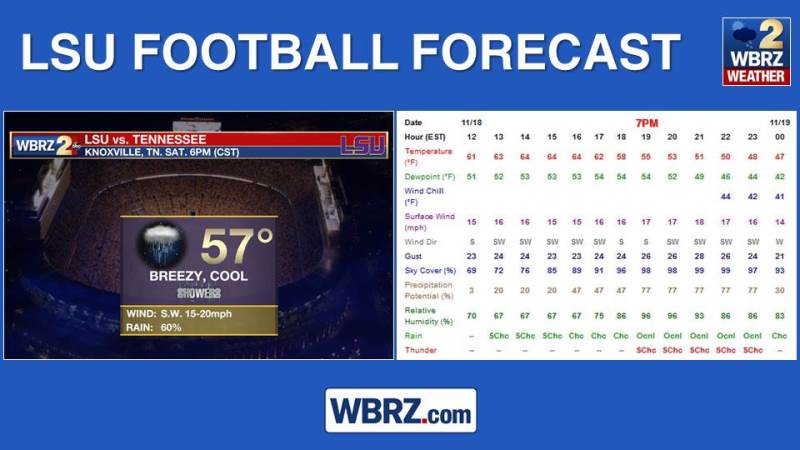 The weather looks gnarly in Knoxville on Saturday evening as the LSU Tigers visit the Tennessee Vols. From 6pm kickoff through the game, temperatures will be falling out of the 60s into the 50s with showers and 15-20mph winds gusting higher.

A cold front will move into the region on Saturday. Clouds will increase ahead of a line of rain with possibly an embedded thunderstorm during the afternoon and evening hours.  Very little precipitation is expected as this front speeds through the region. This cold front will be leading the charge on an extended stretch of below average temperatures. A deep trough will dig into the Eastern United States by Sunday and persist for several days. The trough looks quite anomalous for the time of year, meaning temperatures could end up well below average with the coldest period occurring on Monday morning with low temperatures in the upper 30s. It appears that a trough will remain positioned over the Southeast, with a ridge in the west through much of next week. Confidence remains low in the extended forecast. Computer model forecasts are vastly different for the middle of next week.

Confidence in next week's forecast will increase when the system in question arrives on the Pacific Coast this weekend. #LaWX #MsWX pic.twitter.com/8C7UnFpY6L

Both models are showing a shortwave trough digging into the Southeast. The GFS model is showing a dry solution which could be reasonable thanks to the relatively dry nature of the atmosphere. The ECMWF on the other hand is showing a wet period which could also be argued for given the position of the trough and associated positive vorticity advection. That wave will be better sampled by the upper air network by this weekend, which should improve forecast agreement. Still, the amplified ridge in the west and trough in the east justifies adding rain chances for to Tuesday and Wednesday. However, the disagreement makes it irrational to put anything higher than 20 percent on the board for now. As far as temperatures go, the GFS model is running about 5 degrees cooler than the ECMWF. Either way, near or below average temperatures seem to be the more likely outcome through next Friday.