Tonight and Tomorrow: Partly cloudy tonight, as conditions continue to dry out across the region. Temperatures will be dropping into the 70s around 11 PM, as lows will hover near 76° with calm winds out of the south. Partly cloudy skies extend into Sunday, with developing showers and storms through the afternoon and evening. Cells will begin to build around noon south of I-10, before pushing north between 3 PM and 8 PM. Temperatures will warm into the 80s around 8 AM, with highs peaking near 91°. Heat index values will also reach near 102° during the early afternoon hours. 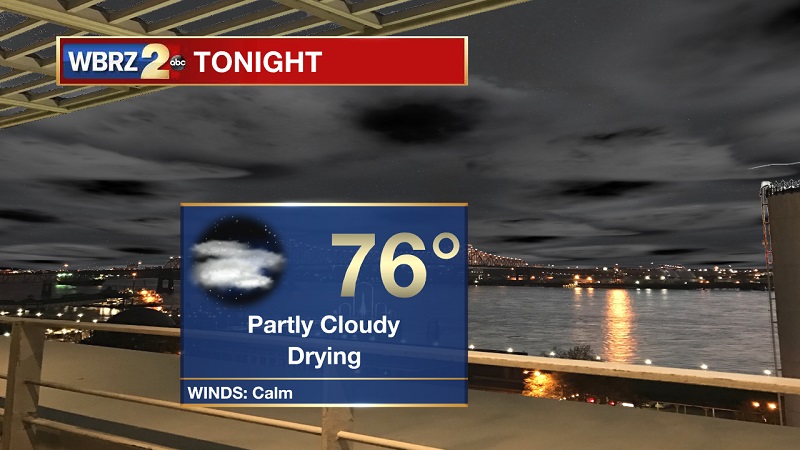 Up Next:  Rain chances slowly increasing through the rest of the weekend, with coverage peaking on Monday and Tuesday before becoming more isolated through next week. 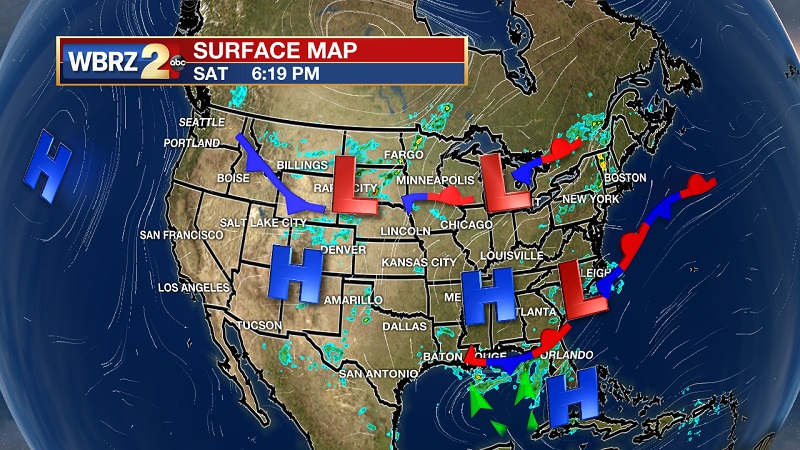 The Tropics: A small low pressure system located along the South Carolina coast about midway between Myrtle Beach and Charleston is producing disorganized showers and storms. Tropical development of this system is expected to be slow to occur tonight and Sunday due to the lows proximity to land as the disturbance moves northeastward along or near the coast of the Carolinas. By early Monday, however, the low is expected to move over the warmer Atlantic waters, where some further organization could occur. The low is forecast to produce heavy rainfall along with the threat of flash flooding in eastern portions of South and North Carolina through Sunday. The National Hurricane Center is forecasting a 20% chance of tropical development within the next 2 days, and also within the next 5 days. 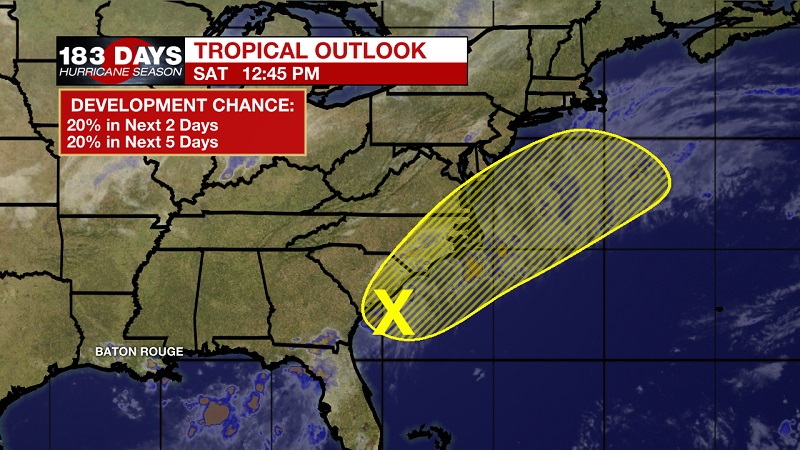 The instability left over from the old, fragmented stationary front that slowly lifted from the coast over the last 24 hours, has kept showers and storms developing through the afternoon. Rain coverage will slowly increase Sunday and through the beginning part of the workweek. This is due to three things, this instability, the Bermuda High infiltrating into the eastern Gulf, and the large continental high pressure over New Mexico. The Bermuda High will efficiently push Gulf moisture onshore, as the New Mexico High will push more northwesterly winds across the Gulf Coast. Air from the two highs will slam into each other, causing vertical development of storms, but will also help to keep temperatures much cooler in the coming days. The high pressure over New Mexico will begin to retreat more west later in the workweek, returning more isolated, afternoon storms back into the forecast by Thursday. Highs will be confined in the low 90s over the next 7 days, but will stay in the upper 80s on Monday.