NOAA forecasters have released their spring outlook, and they are forecasting above-average temperatures across the entire country and above-average precipitation in the central and eastern United States. The already highly-saturated soils along with above-average precipitation this spring will contribute to increased chances for flooding across much of the nation. Major to moderate flooding is likely in 23 states from the Northern Plains south to the Gulf Coast, but they do not expect it to be as severe or prolonged as the historic floods of 2019. 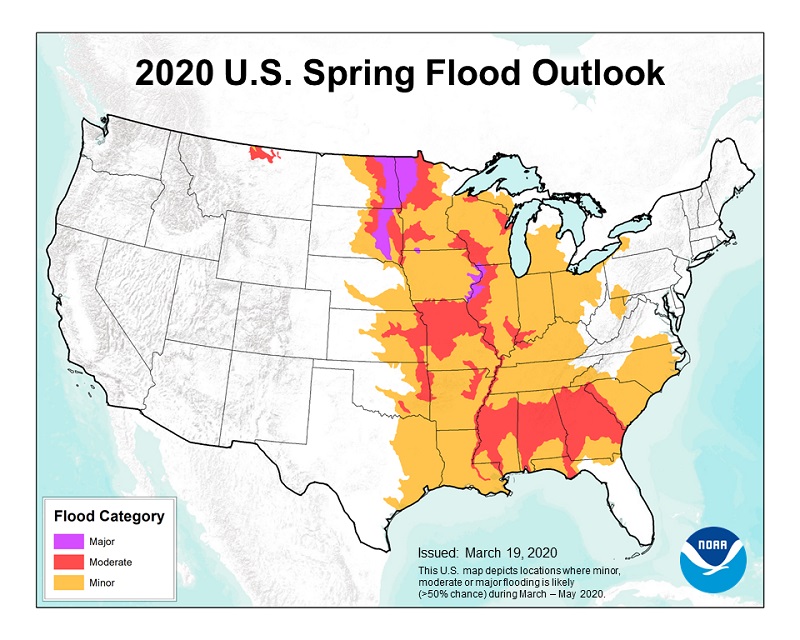 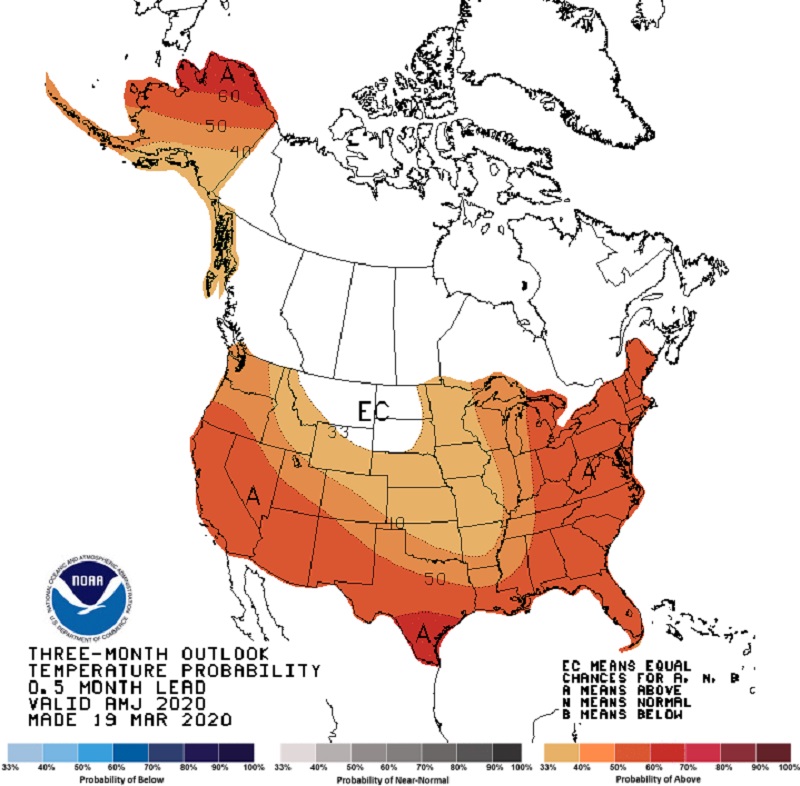 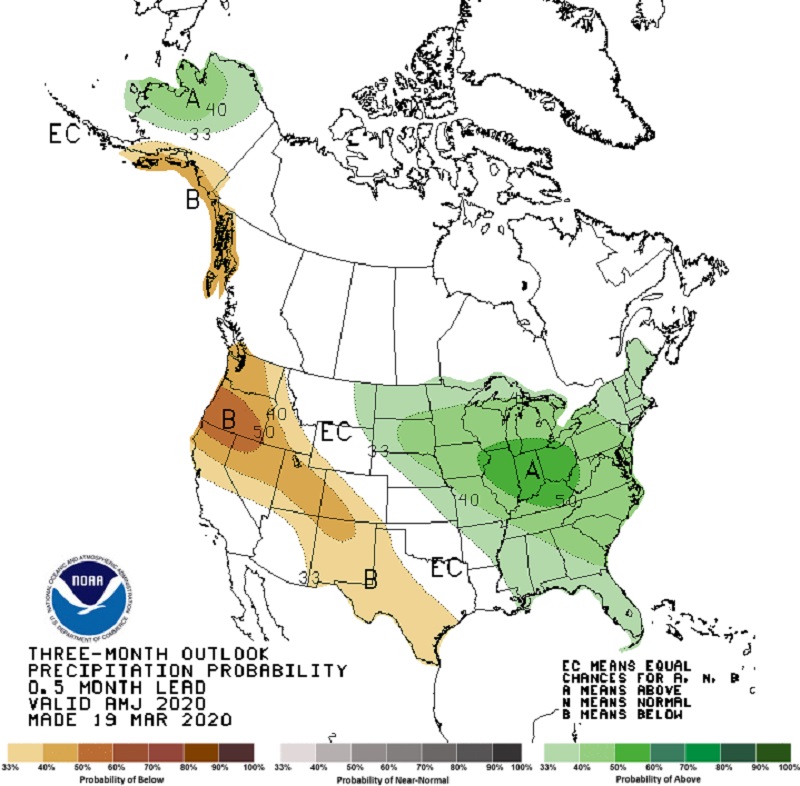 The flood risk outlook is based on the integrated evaluation of a number of factors, including current conditions of snowpack, drought, soil moisture, frost depth, streamflow, and precipitation. The greatest risk areas for major flooding include the upper and middle Mississippi River basins, the Missouri River basin, and the Red River of the North. Moderate flooding is anticipated in the Ohio, Cumberland, Tennessee, Missouri, and the lower Mississippi River basins. The table below defines these flood levels, and what is likely to occur during these flood events. 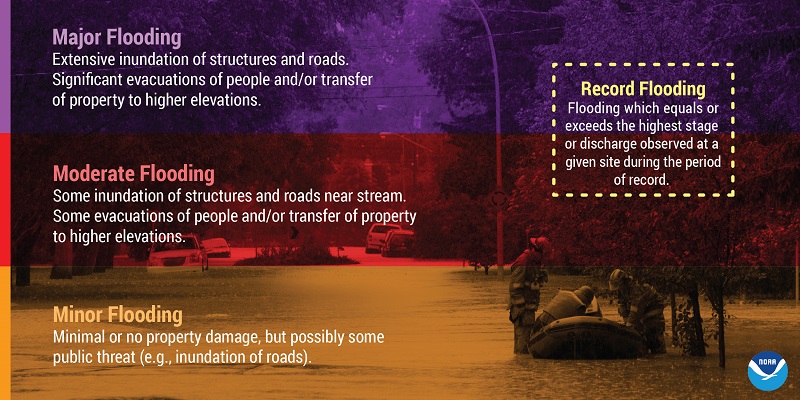 Drought conditions are also expected to persist and expand throughout California over the next several months, and will likely continue in the central and southern Rocky Mountains, the southern Plains, southern Texas, and portions of the Pacific Northwest.

“NOAA stands ready to provide timely and accurate forecasts and warnings throughout the spring,” said acting NOAA administrator Neil Jacobs. “The dedicated employees of the National Weather Service continue to apply their skills and the latest technology to monitor additional rainfall, rising river levels, and the threat of severe weather to keep the public ahead of any weather hazard.”