The Tropics: A trough of low pressure over western Kentucky, Tennessee, and northern Mississippi is forecast to move southward toward the northeast Gulf of Mexico where a low pressure area could form in a few days. Some gradual development of this system is then possible while it meanders near the northern Gulf Coast through the middle of next week. Models are in rough agreement on a low developing, but inconsistencies in terms of strength and path are still apparent. The GFS keeps it weak but brings it into southeastern Louisiana, but the Euro strengthens it and pushes it onshore and through Alabama. The National Hurricane Center forecast a 0% of tropical formation in the next 2 days, and a 20% chance in the next 5 days.

Tonight and Tomorrow: Mostly clear skies tonight, as temperatures will be slow to cool. Overnight lows will eventually make it near 76° with light winds out of the west. Another hot and sunny day to complete the holiday weekend. Temperatures will be warming quickly, peaking near 97° with heat index values topping out near 107°. It will even be a warm morning, with temperatures breaking into the 90s by 10 AM. The UV Index will be in the EXTREME category, so try to stay in the shade at all possible, and reapply the sunscreen. 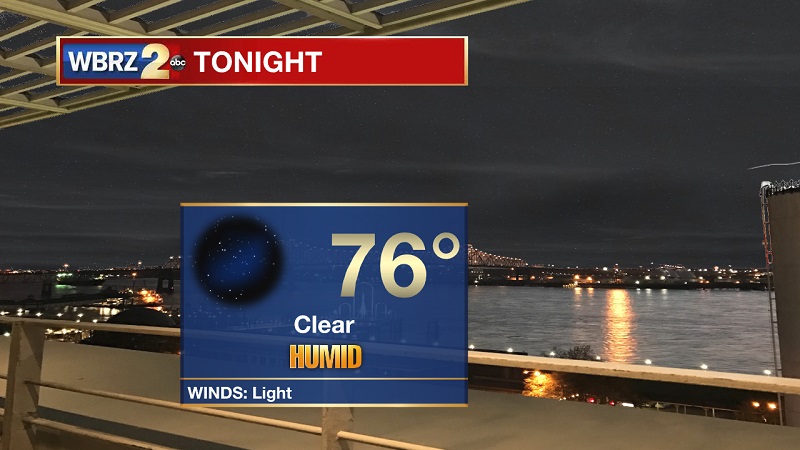 Up Next:  Afternoon spotty to isolated storms return on Monday, helping to cool temperatures slightly through the week. A system will likely increase rain chances on Thursday, which could keep showers and storms through the weekend. 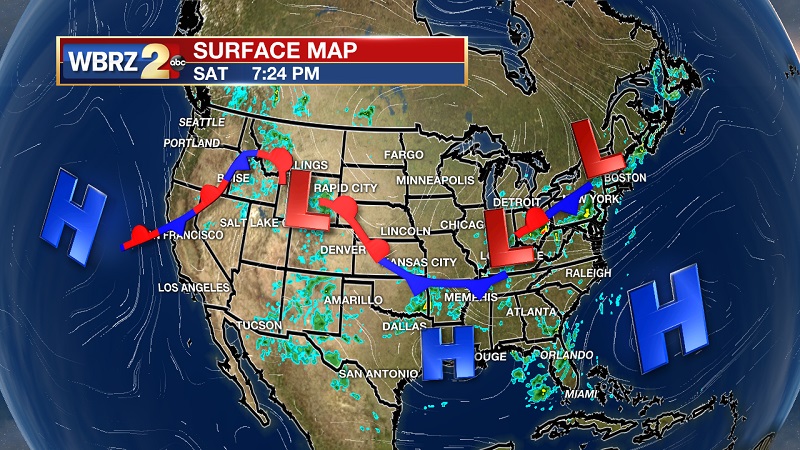 Significant high pressure is still centered over southern Louisiana, keeping hot and sunny conditions through the remainder of the weekend. This high breaks down, as the strong upper level ridge over the southeastern part of the country also dissipates. This translates into the potential for vertical development in the atmosphere to return and occur beginning Monday. This means afternoon spotty showers and storms will be the norm through the workweek. There is a potential for a low pressure to spin and travel south from Tennessee, through Georgia, and into the Eastern Gulf along the panhandle of Florida through the midweek. Once the low is there, it will likely strengthen due to the hot Gulf water along the northwest coast of Florida. Then it is forecast to travel west along the Gulf Coast, which should slowly increase rain chances as it nears southeastern Louisiana by the end of the week. Since we are still 5 to 7 days from this possibly happening, models have been inconsistent on how much (if any) it will strengthen along Florida’s coast, and also how far west it will trek before pushing inland. The speed of this low is also up for debate, which would dictate how deep its moisture supply will be and how much rain it could dump as it travels. It is imperative to stay informed of the daily updates of this potential system, as there are currently several uncertainties that could drastically alter the forecast into next weekend. Stay Tuned.