Ending a hot September and searching for a cold front

With the 30th straight day of above average temperatures, the Baton Rouge area is capping off its hottest September on record. Even as we begin the new month, warm and dry conditions will continue.

Today and Tonight: More sunshine is ahead to start the new week. There is a little better chance at some cloud cover and a stray shower near the coast. High temperatures will again march into the low 90s with light, southeast winds. Overnight, there may be some passing clouds with low temperatures in the low 70s.

Up Next: A large ridge of high pressure has been camped out over the Southeastern U.S. since last week and that will continue through the middle of this week. That means that above average temperatures and generally dry conditions will continue. High and low temperatures will stay in the 90s and 70s respectively through the week. An isolated shower or two could occur on Wednesday thanks to a weak, fast moving disturbance sliding from east to west across the Gulf. The ridge will finally begin to weaken by the latter part of the week, allowing a weak trough to initiate a weather pattern that is conducive for a cold front to push farther southward. 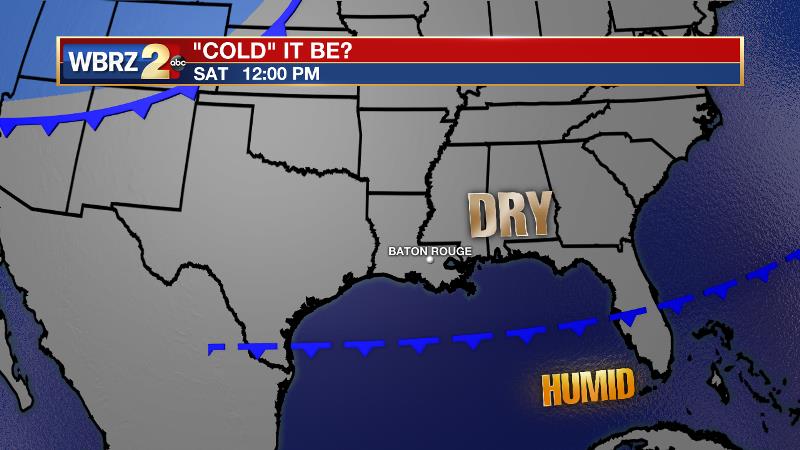 Forecast model guidance does point to a weak front pushing into the area on Friday, allowing some slightly drier air to arrive for the weekend. More interesting is that this front could set the stage for a stronger front with some actual rainfall and actual cooler air to mosey on in by the early part of next week. 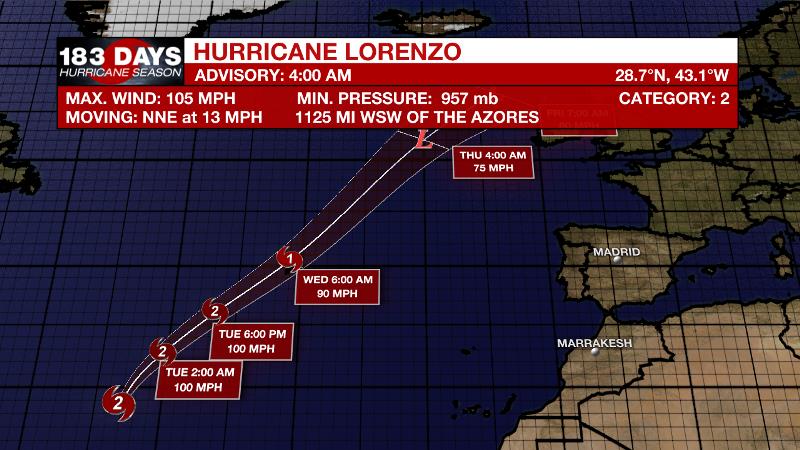 The Tropics: After becoming the strongest storm ever recorded so far north and east in the Atlantic Ocean, Hurricane Lorenzo will move dangerously close to the Azores. Though no longer a category five hurricane, the storm remains large and strong with maximum winds of 105mph. By the end of the week, the storm will lose tropical characteristics as it approaches the British Isles. High swells, rain and wind are likely there as a result.

A large ridge of high pressure remains anchored across the Mid Mississippi River Valley. Vertical descent continues to bring warmer and drier than normal conditions to the region. A weak tropical wave moving across the Caribbean Sea will race into the Gulf by the middle of the week. Conditions do not favor any kind of tropical development, but this system could fling enough moisture into the region for a couple of showers Wednesday through Friday, but still, not much. As the large ridge finally starts to break down, moisture associated with the Gulf disturbance could be drawn northward by a weak front approaching from the north. There is forecast model support to say this front will push through the area. While rainfall remains questionable, some drier air is expected by the weekend. This will pave the way for the more interesting and exciting feature. A stronger cold front will move into the region by Sunday or Monday. It is common for fronts this time of year to be moisture starved. Whether or not any rain occurs will depend on the positon of a ridge of high pressure behind the boundary. If the high trails closely behind, rain chances will be low. Either way, the aspect of the front of more interest to most will be temperatures. Should this front push through, we will have a chance at some cooler temperatures, perhaps a little closer to seasonal averages in the mid 80s and mid 60s by the middle of next week. Stay tuned!