Behind next cold front, NWS says conditions prime for fires

Fronts will pass through the area Thursday night and Sunday night, but showers are unlikely. Better rain chances are expected to hold off until the middle or end of next week.

The Next 24 Hours: A weak cold front will swing through the area tonight, struggling to stir up any clouds or showers as it does. Low temperatures will bottom out in the mid to upper 30s. As winds shift back to the northwest on Friday, high temperatures will again find their place below average in the mid to upper 50s. A reinforced dry air mass and elevated winds could support the spread of wildfires, if one is ignited. The National Weather Service said they may issue some alerts for the danger, if certain conditions are met. 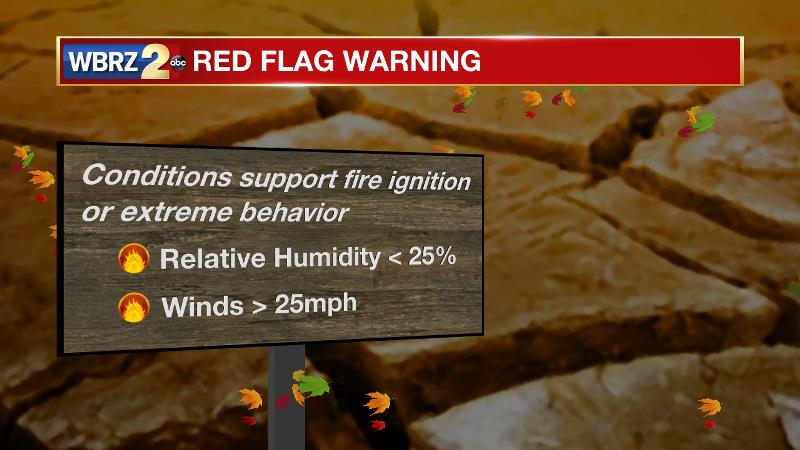 After That: Both weekend mornings could be frosty, in the low to mid 30s followed by mostly sunny skies and highs in the upper 50s. Yet another weak and cold front will pass on Sunday night with little or no precipitation. Temperatures will begin to moderate on Tuesday as a storm system develops in the Southwest United States. Eventually, this system will fling some showers our way but signs now point to wet weather holding off until the middle or end of next week. CLICK HERE to view your complete 7-Day Forecast.

The Explanation: A cold front will pass through the area overnight into Friday with a minimal chance for showers. As winds once again turn northwesterly, dry and cool air will be reinforced across the region. Due to the elevated winds and very low humidity, the National Weather Service may issue red flag warnings if relative humidity goes below 25 percent and winds are sustained over 25mph. Due to a deep upper level trough, behind this boundary, lows will again flirt with freezing both weekend mornings. Another weak upper level trough and associated cold front will move into the Southeast on Sunday night. The basin of this trough, and therefore the coldest air, will remain north of the local area. Monday through Wednesday, a broad upper level ridge will develop over Gulf Coast states leading to warmer than average temperatures. 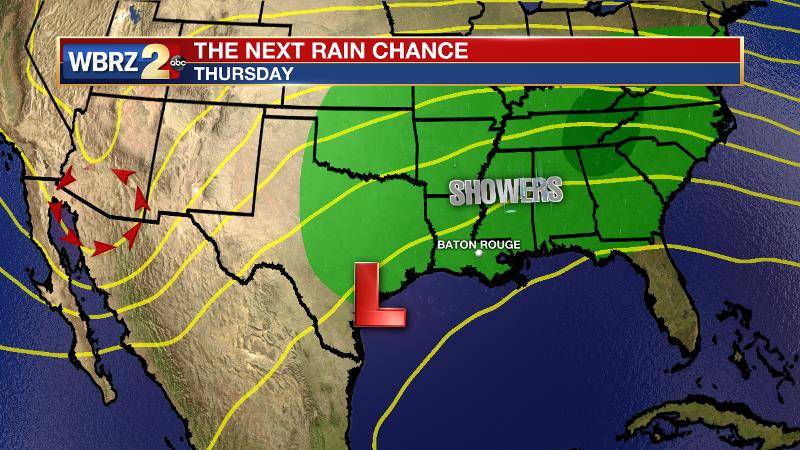 Meanwhile, a slower moving upper level trough will pinch off from the jet stream over the Southwest. The associated surface low may move over the Texas coastal plain by the middle of next week. With a surface high east of the area, deep southeast to southwest flow will allow moisture to increase at all levels of the atmosphere and clouds will be on the build Tuesday. Nights will be milder and likely foggy. Some showers could begin as early as Wednesday. Forecast models currently disagree as to the speed of the upper level trough and therefore the duration of rainfall around the region. The GFS suggests a more prolonged period of clouds and showers Wednesday through Thursday while the ECMWF shows more of a 24-hour event.