As a whole, Louisiana did fairly well in ozone pollution, effectively undergoing fewer unhealthy days compared with the 2017 report. Nationwide, the best progress from the 2017 report came in reducing year-round levels of particle pollution. Unfortunately, this year’s report found Louisiana having levels that were slightly higher than the previous year.

See below for a detailed breakdown of pollution by parish 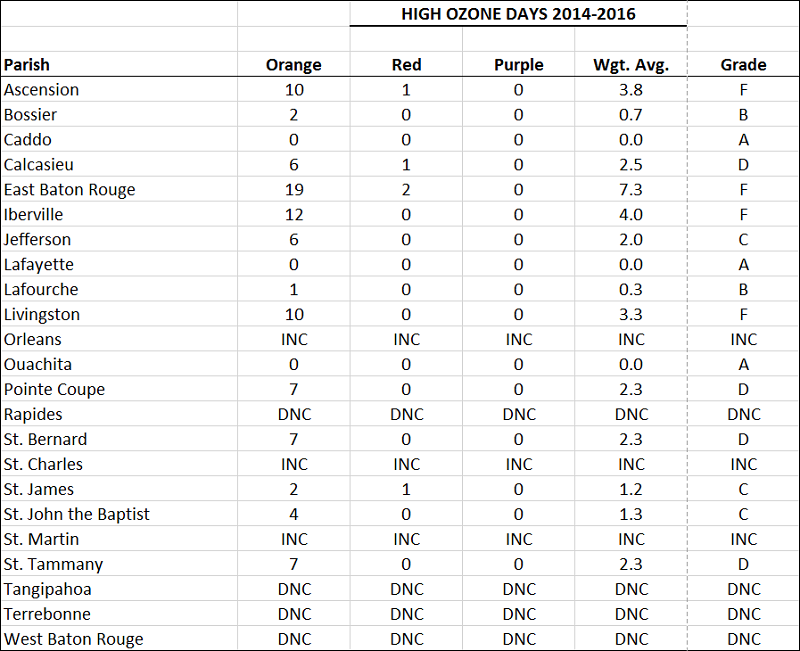 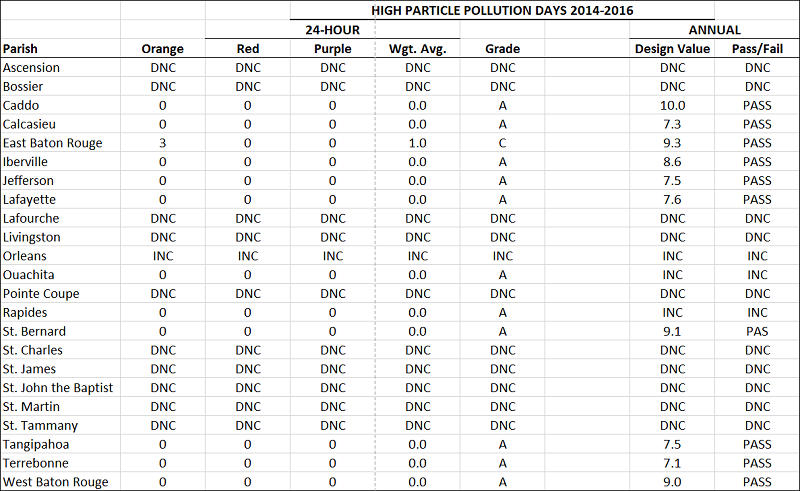