Isolated to scattered showers, fog and warmer temperatures will carry through late week. The next cold front will restore more seasonable temperatures by Friday.

Today and Tonight: Continued fog and cloud cover is expected on Tuesday. There will be a few showers and rumbles of thunder—especially early—but nothing extensive is expected. High temperatures will top out in the mid 70s followed by another night of fog and lows in the mid 60s.

Up Next: Highs will climb into the upper 70s and possibly even eclipse 80 degrees both Wednesday and Thursday. A break from any significant rain chances is expected as well. The next cold front will push into the area Thursday night with a bout of rain and possibly some thunderstorms. 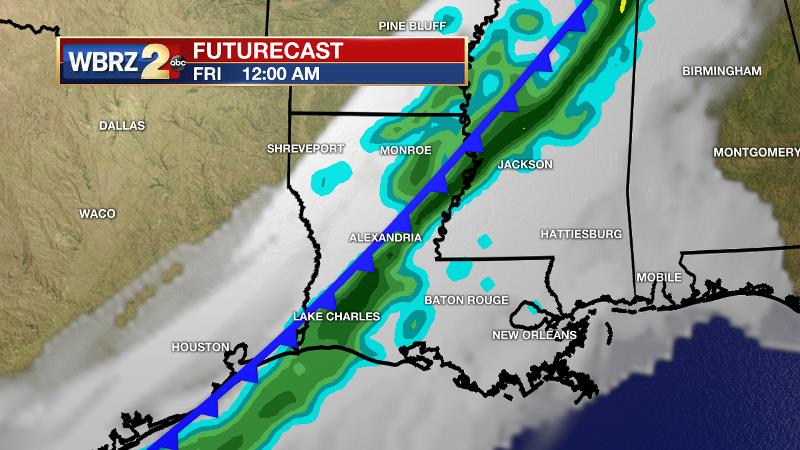 This front will result in quickly falling temperatures into Friday, restoring at or below average temperatures. It looks as though this cool stretch will be short, possibly only lasting a day or two before mild air returns.

Moisture continues to increase across southeast Louisiana and southwest Mississippi as dew points have made it into the mid to upper 60s. These numbers are above water temperatures in the northern Gulf of Mexico and with continued southeast winds, widespread advection fog has become dense. 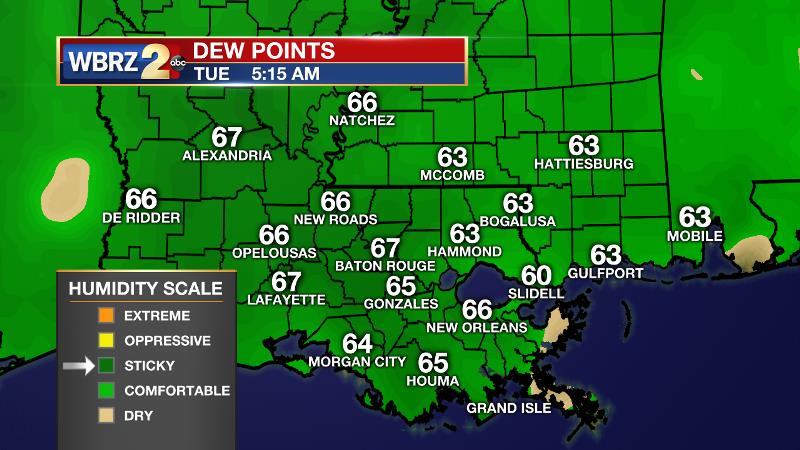 Unless a heavier shower occurs, the fog will persist well into the morning. With regard to showers, a weak, subtle disturbance sliding by in the upper levels of the atmosphere has allowed scattered but light activity to develop. Most of the showers will wrap up by mid afternoon as the disturbance departs east. 50 percent coverage is anticipated. A clap of thunder is possible near the coast. A slight upper level ridge will build across the area on Wednesday, which should be enough to temporarily take rain chances off of the board. Additionally, warming in the vertical profile will translate to the surface. Especially where some sunshine breaks out on Wednesday, the first 80 degree reading of 2019 is on the table. A broad trough will move across the country Thursday and Friday, sending a cold front through the local area. The basin of the trough will remain well north of the region along with the prime ingredients for severe weather. A band of rain and embedded thunderstorms will move through Thursday night and Friday morning with temperatures rapidly falling behind this activity. Highs and lows will tumble by a good 20 degrees for Friday and Saturday. The cold front is expected to stall in the central Gulf and retreat north as warm front by the second half of the weekend. This will return milder air, clouds and showers for Sunday into Monday.