The next in a series of disturbances in the atmosphere will move across the region Thursday leading to another uptick of showers and thunderstorms. Beyond that, rain coverage will come up again over the weekend due to a stalled front of all things. The Independence Day forecast panned out well with 40 percent of the area receiving rain. Most action stayed west of the river, holding off in Baton Rouge for WBRZ’s Fireworks on the Mississippi. 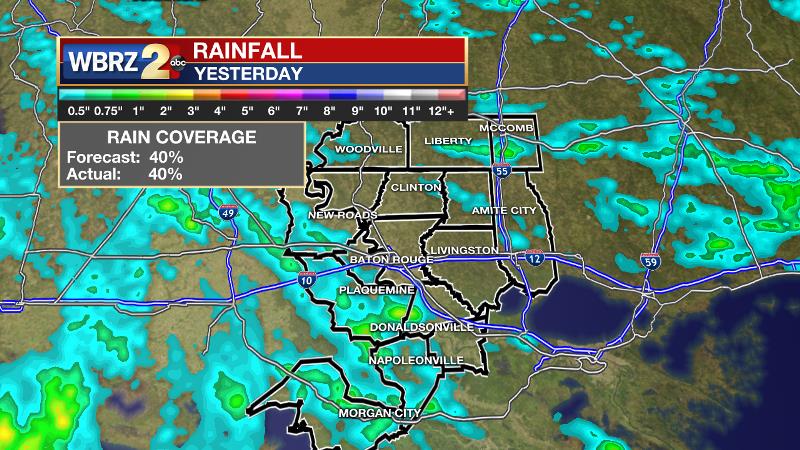 Today and Tonight: Some sunshine should be around early Thursday before afternoon showers and thunderstorms develop. More activity is expected relative to Wednesday and the scattered boomers will be capable of downpours, frequent lightning and even gusty wind. Highs will make it close to 90 degrees before any clouds or rain and then ease back into the mid 70s overnight with partial clearing in skies.

Up Next: A brief and slight decline in rain is expected on Friday followed by more active showers and thunderstorms this weekend. Through Sunday, rainfall amounts could reach 1-3 inches adding to the 1-3 inches that have fallen through the first half of the week. While major issues are not expected, some nuisance flooding will be possible as the ground is saturated. Each day should see at least some sun though and highs will peak near 90 degrees. Nightly lows will be in the mid 70s.

The Tropics: Tropical Depression 2 formed just before 10am local time on Thursday. The system is likely to strengthen, becoming Tropical Storm Beryl by Friday. As it races toward the Lesser Antilles, the system will encounter harsh upper level winds and degenerate into an open tropical wave over the weekend. Showers and thunderstorms located a few hundred miles to the southwest of Bermuda are associated with a weak trough of low pressure.  This system appears to be less organized, and the potential for a tropical depression to form has diminished to 40 percent over the next 5 days. However, environmental conditions are still conducive for some development before the end of the week, while the system moves west-northwestward and then northward between Bermuda and the east coast of the United States.  The disturbance is then forecast to interact with a frontal system on Sunday, which should limit any additional development. 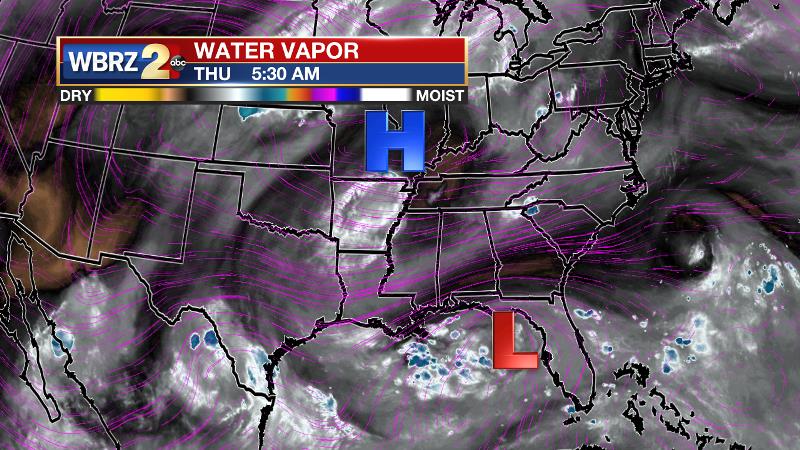 Beneath a broad ridge in the Eastern U.S., the local area will continue to have weak vorticity maxima and inverted troughs move overhead. As these disturbances push through, rain coverage will ebb and flow a bit each day. The more active times will come as the disturbances are nearby and those days currently look to be Thursday and the weekend. Precipitable water will remain a bit above average meaning torrential rain will be possible out of any thunderstorms. As per usual, this could lead to some nuisance flooding. On the more active days, highs may stop shy of 90 degrees, going just a little warmer on the quieter days. Lows will remain in the mid 70s. Total one-week rainfall should be on the order of 1-3 inches with locally higher amounts. The upper level ridge looks to win out and extend southward next week allowing a return to the more normal isolated afternoon showers and thunderstorms.