Today and Tonight: Scattered to widespread showers are anticipated Wednesday as another cold front whips through the area. A rumble of thunder is possible too, but severe weather is not expected. Thermometers will go backwards, falling from the 50s into the 40s by late afternoon. Winds will shift from south to northwest at 10mph. Overnight, showers will end with clearing skies and temperatures into the low 30s by Thursday morning. 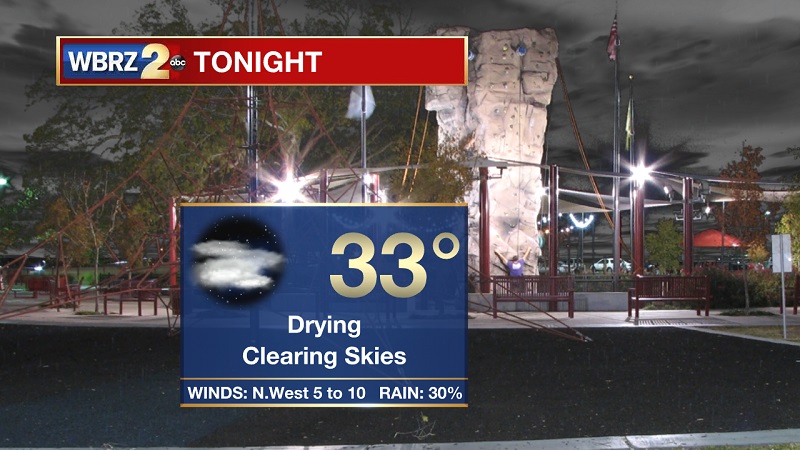 Up Next: Another surface high pressure system will slide along the Gulf Coast through Friday. Temperatures will remain below average with highs in the 50s and lows in the 30s. The weekend is now looking mainly dry with only some extra cloud cover as a disturbance scoots to our south. The next shot at showers looks to hold off until early next week. 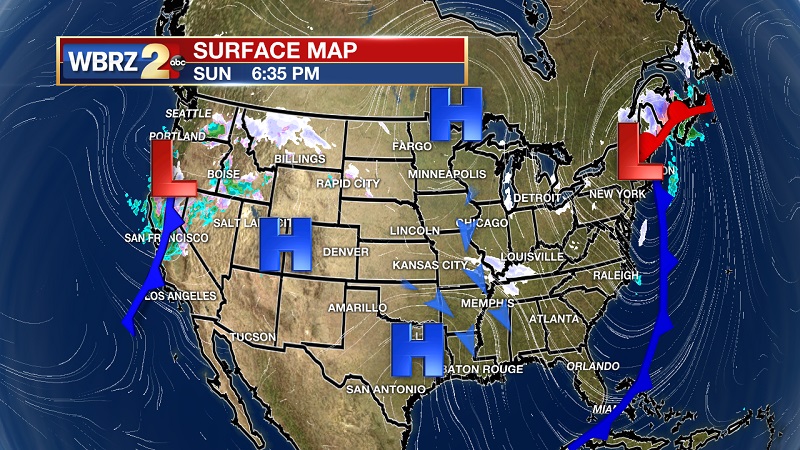 A strong cold front will be driving across the forecast area by an upper level trough on Wednesday. This trough is positively tilted, from southwest to northeast, and this often diminishes the chance for severe weather and that will be the case with this event. Still, some rumbles of thunder and moderate rainfall can be expected with the entire forecast area receiving measurable rain. As the front arrives, temperatures will tumble out of the 50s and into the 40s by late afternoon. Dry air behind the front will allow for rapidly clearing conditions into Thursday morning. Temperatures will drop off into the low 30s and continued northwest winds will hold highs in the 50s despite sunshine. High pressure will build overhead resulting in another cold start to Friday with slightly milder high temperatures. Forecast models have significantly adjusted and come into agreement with regard to the next storm system, which now looks more like a non-event for our area. A trough will cross the central Gulf Coast but drier air will likely circumvent any precipitation development over land. Just an uptick in cloud cover is expected late Saturday into early Sunday. Even with a surface low possibly developing in the Gulf, by this time, the system will be south and east of the local area and dry air will filter into the region and clear skies. Temperatures will be near, if not a few degrees below normal Sunday and Monday before the next cold front arrives on Tuesday.