Strong storms and record heat possible in your 7-day forecast

The next round of rain and a few strong thunderstorms will be moving in late tonight. The bigger long term story is the chance for multiple record high temperatures.

Into Friday: The first, isolated showers could begin to move into the area as early as 8pm. A line or cluster of showers and thunderstorms will blow through the area between about 10pm - 3am. One or two of these storms could be severe. The weather setup supports thunderstorms that will be capable of damaging wind gusts and possibly an isolated tornado--though the ingredients for tornadoes are much lower than previous events this year. The very early commute on Friday will come with the last of the thunderstorms as they clear from northwest to southeast by late morning. 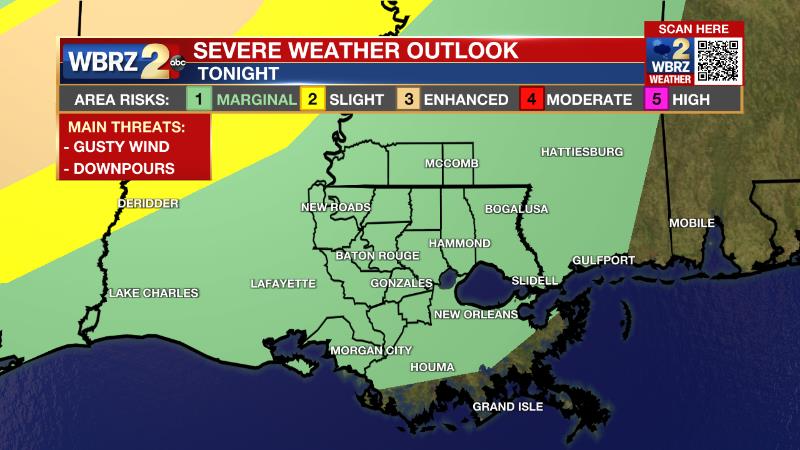 Have a way to receive alerts such as the WBRZ WX App on your Apple or Android device. Also, 2une In to the Storm Station from 5-9am as Meteorologist Marisa Nuzzo and Ashley Fruge track the storms and their impact on the morning commute.

The activity will move through quick enough to prevent any serious flooding concerns. While a shower or two may linger into the early afternoon, the severe weather threat will be over. With some returning sunshine, high temperatures will make it into the mid 80s with high humidity. 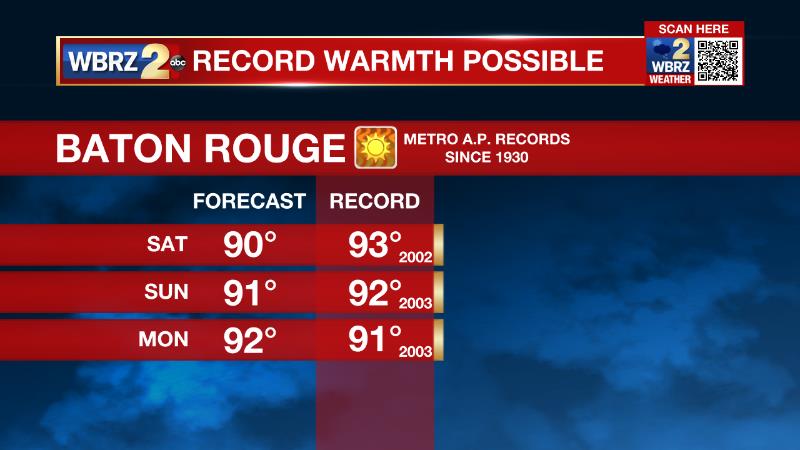 Weekend and Beyond: Since the cold front will not come all the way through the area, warmth will not only continue but increase over the weekend. A few more clouds might keep the numbers in check on Saturday, but Metro Airport record high temperatures in the low 90s could be challenged Sunday through the middle of next week. Additionally, dew point temperatures in the upper 60s will cause plenty of humidity and the most uncomfortable feels-like temperatures so far this year. Along the way, little to no rain is expected. Add an extra water bottle to your weekend plans. CLICK HERE for your detailed 7-Day Forecast.