The number of days each year that are suitable for disease transmission by mosquitoes is rising in much of the U.S., as temperatures climb with climate change. This can increase the risk of mosquito-borne diseases such as Zika and West Nile. Following research from Stanford University, Climate Central analyzed the number of days in the spring, summer, and fall each year with an average temperatures between 61°F and 93°F, which is the range for transmission of diseases spread by Aedes or Culex type mosquitoes. Of the 244 cities analyzed, 94% are seeing an increase in the number of these “disease danger days.” 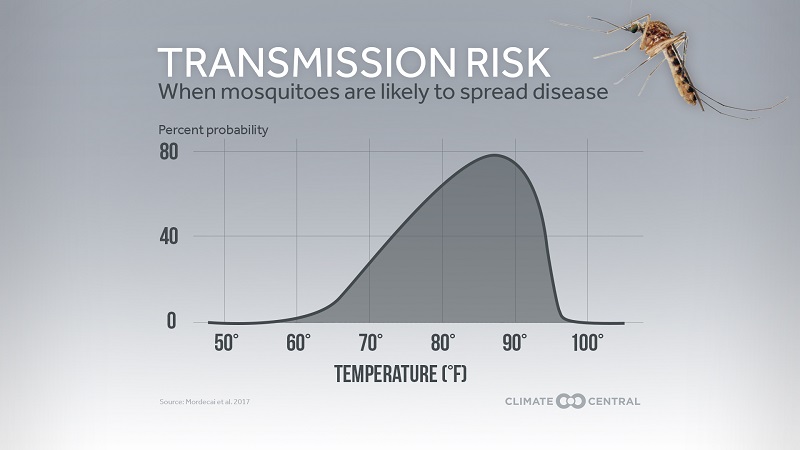 Reno leads the list of cities with additional disease danger days, averaging an additional 52 days per year in that temperature range compared to a half-century ago. The top 10 cities can be found in the report and cover a variety of climates across the U.S. For example, San Francisco, Tucson, and Erie all have more than four additional weeks each year when transmission is possible. Baton Rouge’s “disease danger days” has increased by 9 days over the last 47 years. 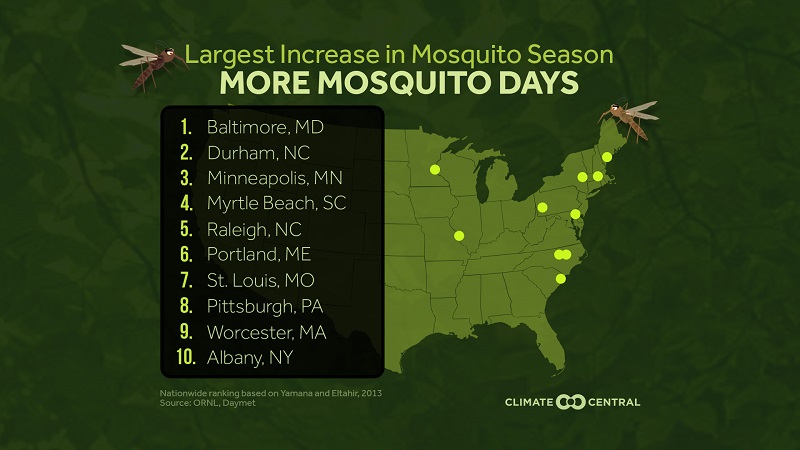 While dengue, Zika, and West Nile viruses are still limited in the U.S., they represent significant health threats globally and could become bigger threats as temperatures climb further in a warming climate. The land area of the U.S. most suitable for Aedes alboqictus mosquitoes, which carry those diseases, is projected to increase from 5% to 50% by 2100, putting 60% of the Northeast population at risk. 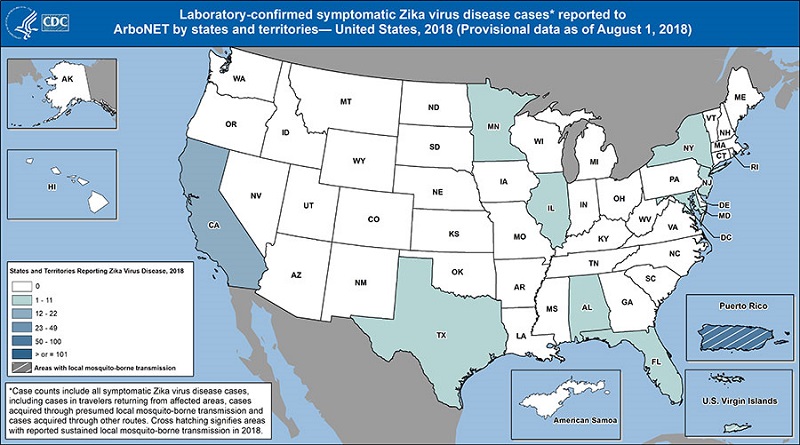 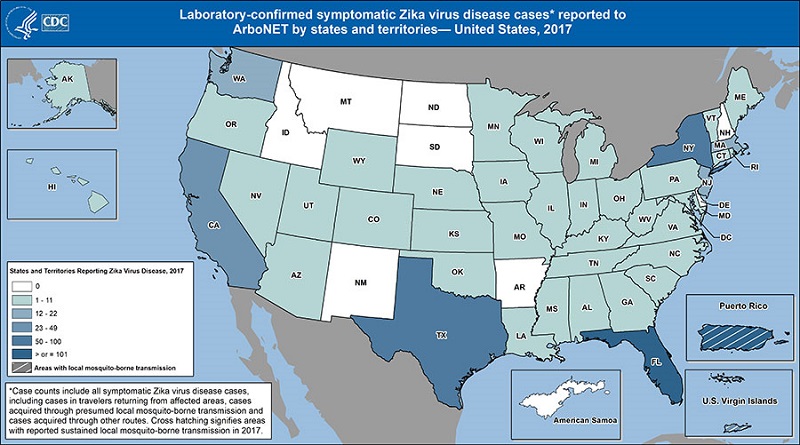 Thus far in 2018, there has only been one U.S. death from West Nile Virus, which was located in North Carolina. Louisiana and California are tied for the most West Nile Virus cases this year with 10. The current count can be viewed on the CDC website.