Christopher Landry was arrested in June 2017 after he was accused of killing 24-year-old Kayla Ann Denham of Baton Rouge.

According to state prosecutors, Denham had been hired by Landry to give him a "sensual massage" at his Denham Springs home. Family and friends reported her missing June 5 after she never returned home the appointment that morning.

Authorities investigated Landry's home, the address of that last appointment, and found Denham's car pushed into a nearby wooded area. Her body was also found nearby soon after. 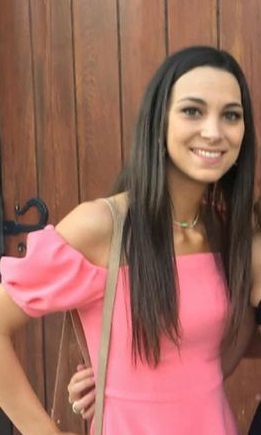 In court Thursday, it was said that Landry admitted to investigators that he had struck Denham in the head with a golf club five times. However, an autopsy revealed that she had been struck in the head 15 times and strangled.

Landry's defense tried to frame the killing as manslaughter rather than murder, saying he attacked Denham after she tried to steal his computer bag and a gaming console.

After deliberations Thursday, the jury convicted Landry of second-degree murder. He will be sentenced at a later date.