Freezing temps on hold, preparing for the rain

The freezing temperatures are safely behind us; at least for the moment, and we are headed for milder temperatures for the next several days (but, don't pack away the sweater just yet).  The winds will finally turn from the south for the first time in about one week pushing the freezing temps away and bringing abundant tropcial moisture, along with a little warmth, from the Gulf of Mexico.  A potent storm system with an associated cold front will swing by just to our north and, combined with the deep moisture flow from the Gulf, will produce copious amounts of rainfall over the next 48-72 hours.  Early forecast guidance suggests rainfall totals could easily be 1-2 inches in the short term, and the with associated training of storms could produce locally heavy rain that could equal nearly four inches by Monday night.  Expect the first drops of rain to begin in the late evening hours on Sunday with the bulk of the precipitation falling early Monday morning to late afternoon.  Umbrellas and rain gear should be the choice of clothing on Monday morning as you head out the door, or send the children to the bus stop, and warm dress will also be necessary as the cold rain falls in upper 50 degrees temps.  The rain will last through early Tuesday morning at which time we will likely be socked in by clouds for the remainder of the day.  We hit pay dirt with the milder temps by Wednesday and Thursday as the mercury climbs to the low 70s and the rain slacks off. 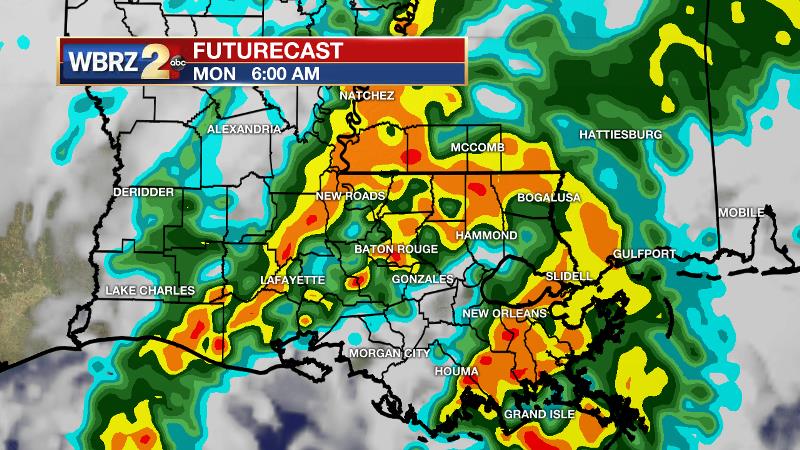 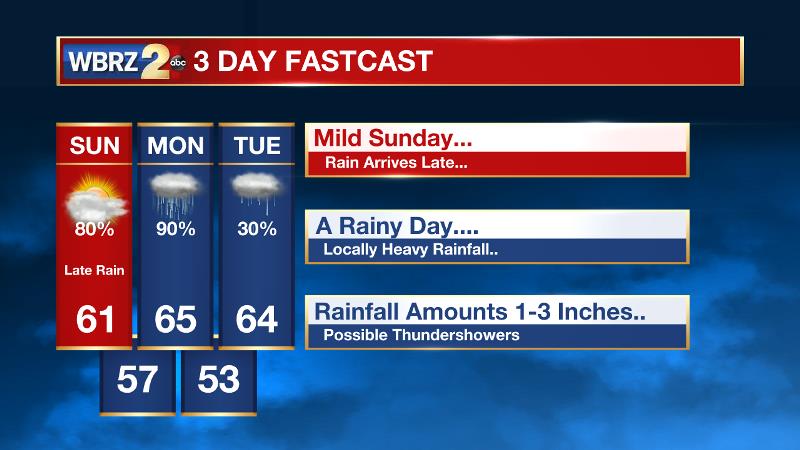