"The LSU Tennis community is saddened to hear about the passing of former Tiger Great Olivier ‘Bear’ Borsos."

Borsos played for LSU from 2009-13. His senior year, he was named to First-Team All-Louisiana and All-SEC Second Team. He also qualified for the NCAA Tournament in singles and reached an ITA ranking of 18 in singles. pic.twitter.com/kLznSax0DO

The former Tiger Tennis star played from 2009 through 2013. During his senior year, he was named to First-Team All-Louisiana and All-SEC Second Team.

Borsos also qualified for the NCAA Tournament in singles, reaching an ITA ranking of 18 in singles. He referred to himself as the "Big Bear in Tiger Nation." 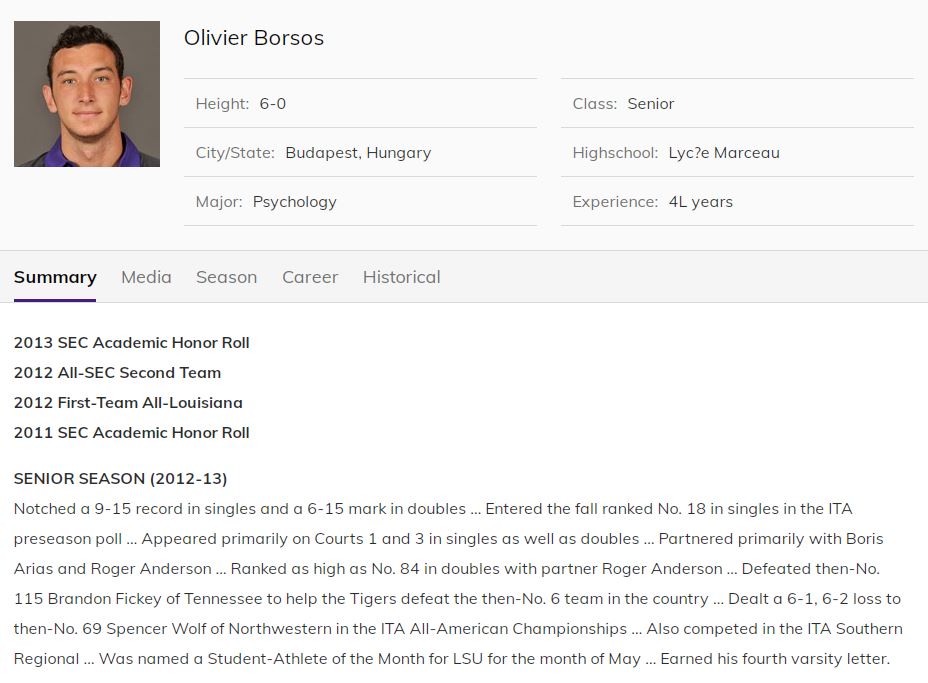 The French-Hungarian athlete said in a previous interview that he was inspired to play sports from a young age by his parents, who were both professional athletes that competed in the Olympics.

Borsos was a sports psychologist and worked in Budapest as a coach where he trained other tennis professionals in recent years.

The News Breezer reports the athlete suffered a serious head and spine injury on July 24, but that has not been confirmed.