Father of missing 7-year-old girl arrested in her disappearance

MANCHESTER, New Hampshire - The father of a missing 7-year-old New Hampshire girl is suspected of abuse and has been arrested in connection with her disappearance, according to court documents filed Wednesday.

CNN reports that police began searching for Harmony Montgomery (pictured below) on November 18, when her mother, Crystal Sorey, told them she hadn't seen Harmony in over sixth months. 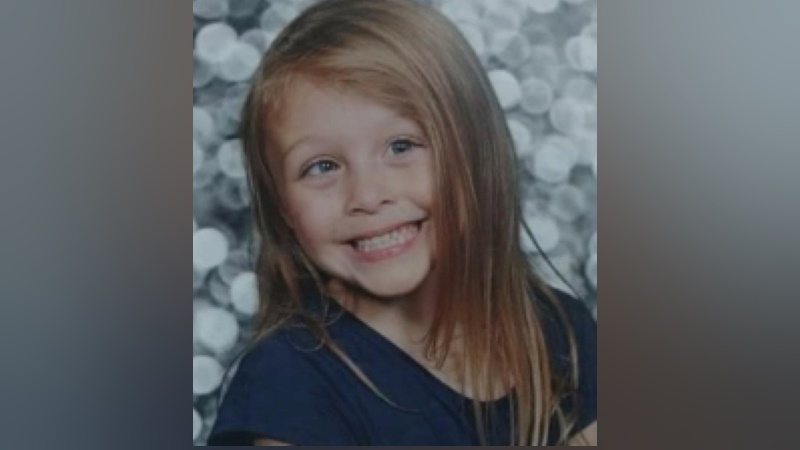 Harmony's father, 31-year-old Adam Montgomery, has now been charged with a second-degree felony assault charge, two misdemeanor counts of endangering the welfare of a child, and one misdemeanor count of interference with custody.

Sorey explained to police that Harmony had been placed with Montgomery after she lost custody of Harmony in July 2018, due in part to substance abuse issues.

She said she made attempts to locate Harmony over the years by contacting various schools and observing addresses associated with Montgomery but still couldn't find her little girl.

Police said that more than five weeks after Sorey reported Harmony missing, they were notified by DCYF that the agency had also been unable to locate Harmony.

So, the Manchester Police Department opened an investigation.

Sorey told police she last saw Harmony during a FaceTime call with Montgomery around Easter 2019 and that Harmony "seemed frightened," the affidavit states.

DHHS Communications Director Jake Leon said, "We can confirm that as soon as the State learned that Harmony was no longer with her caregiver, immediate steps were taken and an investigation was initiated. Finding Harmony remains our top priority."

Manchester Police Department got in touch with Montgomery's younger brother, who "had concerns that Adam was physically abusive."

Officers also questioned Montgomery's uncle, who said he had not seen his nephew or Harmony since late 2019.

The uncle added that he saw Harmony with a black eye in July of 2019 and notified DCYF. He said Montgomery admitted to causing the then five-year-old's black eye.

The affidavit adds that Montgomery's uncle recalled other forms of "abusive discipline" against Harmony, including being "spanked hard on the butt," forced to stand in a corner for hours, and ordered to scrub a toilet with her toothbrush.

The child's uncle has set up a GoFundMe to raise reward money for "anyone who can locate" her.

Montgomery has three other, younger children with his wife, Kayla Montgomery, all of whom are accounted for.

But Kayla Montgomery told police she and her husband are no longer together and the last time she saw Harmony was in either November or December of 2019. At that time, Adam told her he was driving her back to her mother in Massachusetts. She added that he was now living with another woman, the affidavit said.

Later that day, police say officers found Adam and his girlfriend sleeping in a car in Manchester.

But, he later said that he had not seen his daughter since Crystal Sorey came to pick her up around Thanksgiving 2019. Eventually, he stopped answering the officer's questions and "did not exhibit much emotion or reaction" when police said they were concerned about Harmony's life, the affidavit states.

He is reportedly being held on preventative detention at New Hampshire's Valley Street Jail.