BATON ROUGE- The East Baton Rouge Parish Coroner's Office is sounding the alarm today about homicides that are plaguing the parish so far this year.

East Baton Rouge Parish Coroner Beau Clark said his office tracks any homicide where someone kills someone else. That includes justifiable and negligent homicides.

A full list of the parish's homicides thus far can be found below: 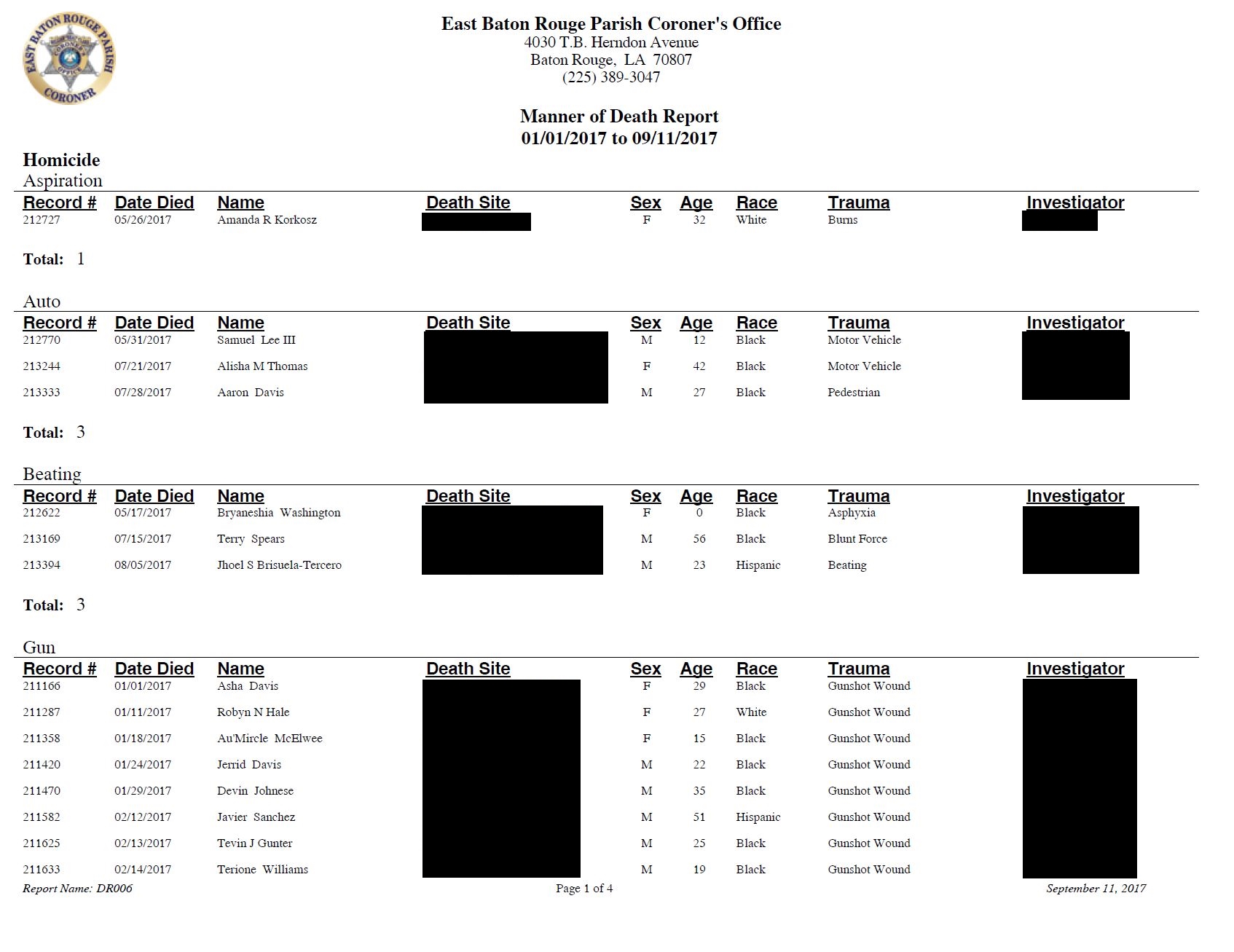 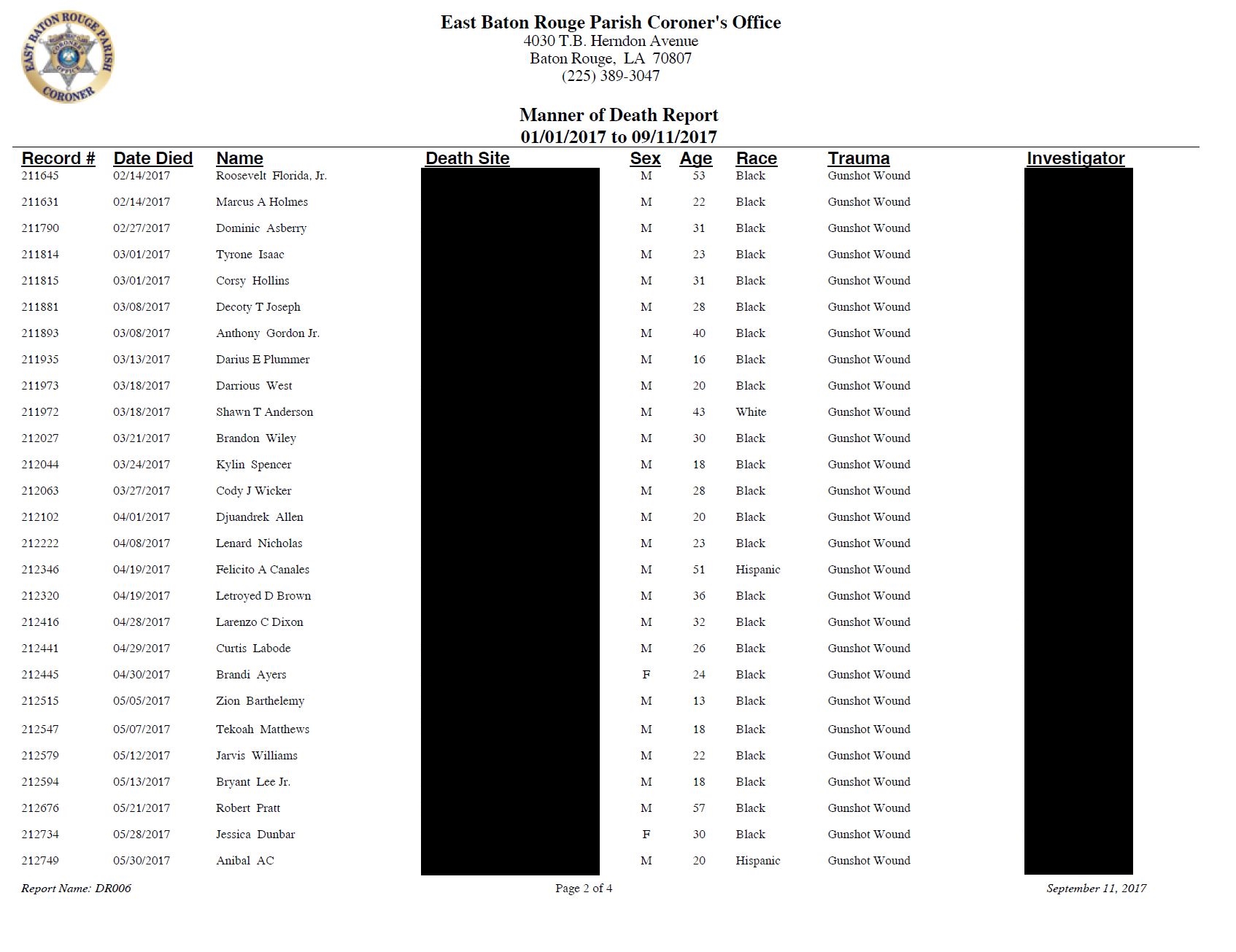 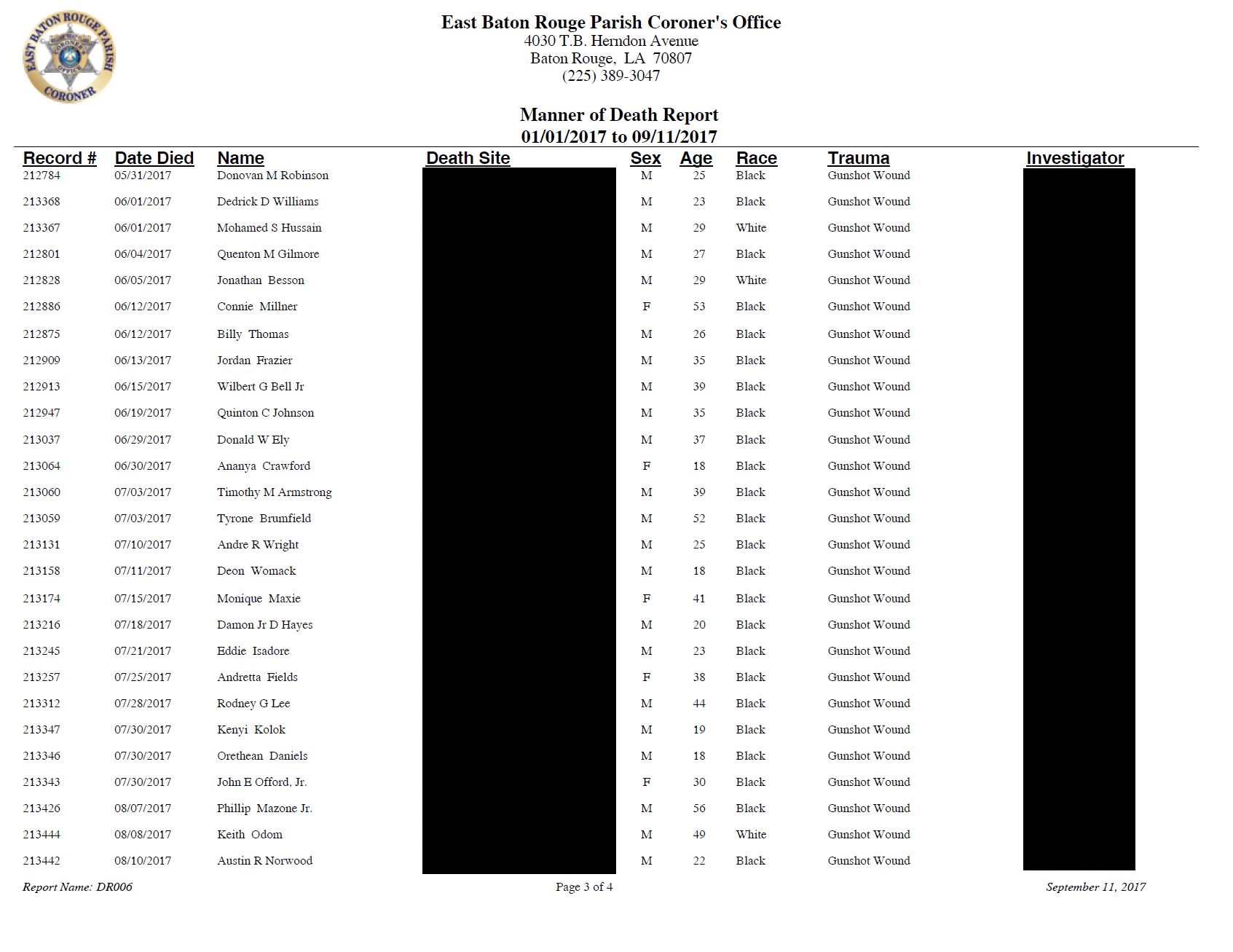 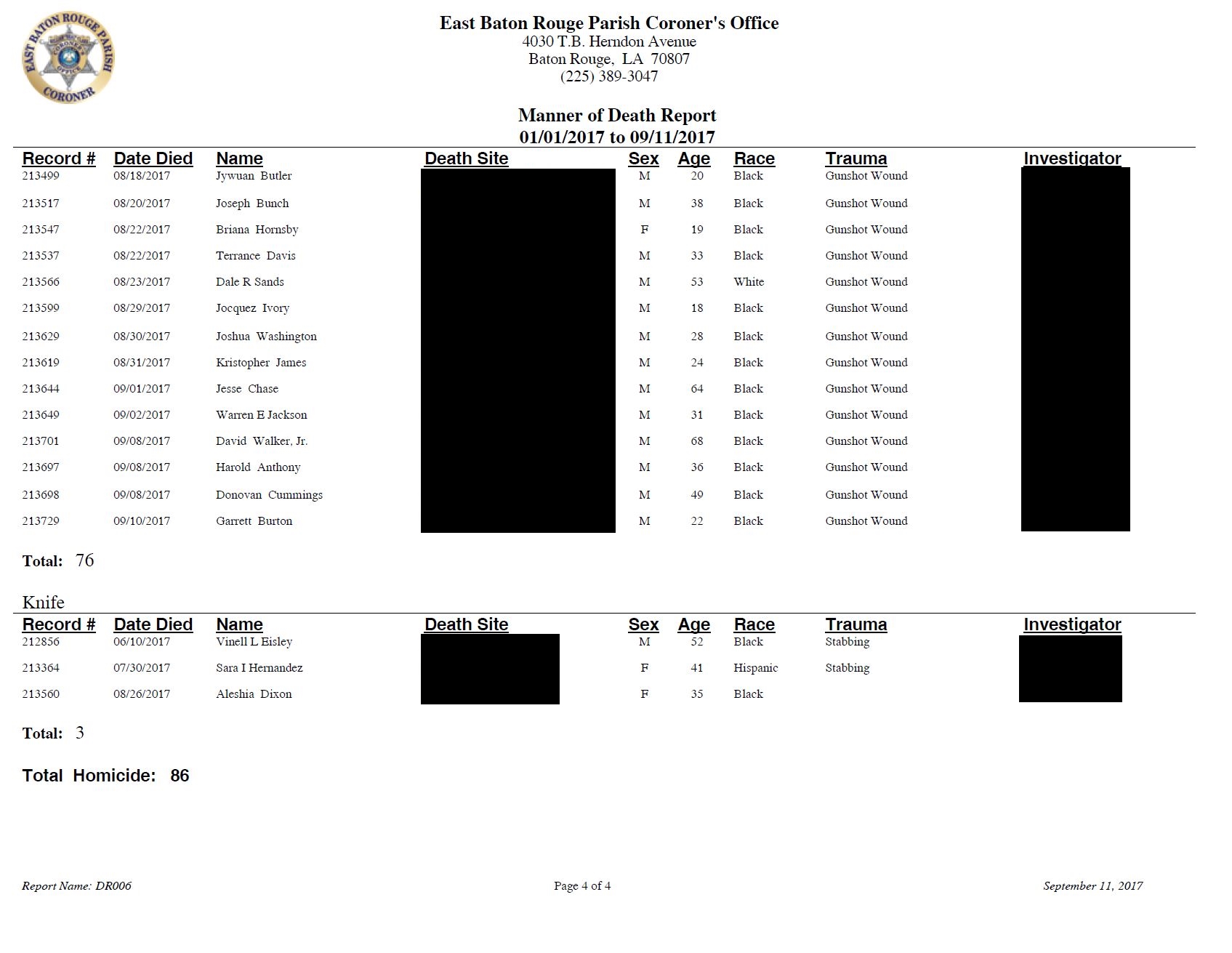