We will deal with heat and a rinse and repeat for the next several days. Keep an eye on next week for the possibility of tropical development in the Gulf.

Today and Tonight: Expect morning sunshine to send thermometers into the low 90s before a round of showers and thunderstorms break out during the late morning hours. Action will last through late afternoon, never raining constantly on one location. As you know, some spots could miss rain entirely. Those that do not are subject to downpours. 40 to 60 percent rain coverage is expected in our area.  Overnight will be quieter with lows in the mid 70s.

Up Next: Deep southeasterly wind flow across the Gulf will continue to keep the surface and the atmosphere soupy. This stagnant setup will result in scattered showers and thunderstorms to develop each day through early next week. Particularly Saturday through Monday, a fast moving disturbance in the northern Gulf may enhance showers and thunderstorms a bit. By the end of next week, a tropical low could bring even more active weather to the region.

#BREAKING: a new tropical system forming off the African Coast is expected to become Hurricane #Florence. At this time, it is not a threat to the U.S. pic.twitter.com/hzh0PAAIVm

The Tropics: A new tropical system forming off the African Coast is expected to become Hurricane #Florence. At this time, it is not a threat to the U.S.

Much closer to home, a trough or weak area of low pressure is expected to develop near Florida after the weekend. The Weather Prediction Center is now including this system on their forecast maps. Computer models have shown a number of scenarios that indicate some development is possible with a system moving into the Gulf of Mexico during the middle of next week. That same area of high pressure that has kept the local weather so persistent, sticky and stormy of late will remain in place to steer any system generally west-northwestward through the Gulf. Keep in mind though, models perform poorly when no system has developed to track. Therefore confidence is low in any strength, timing, track or if a storm even develops in the first place. At this point, we just need to keep an eye on the forecast. 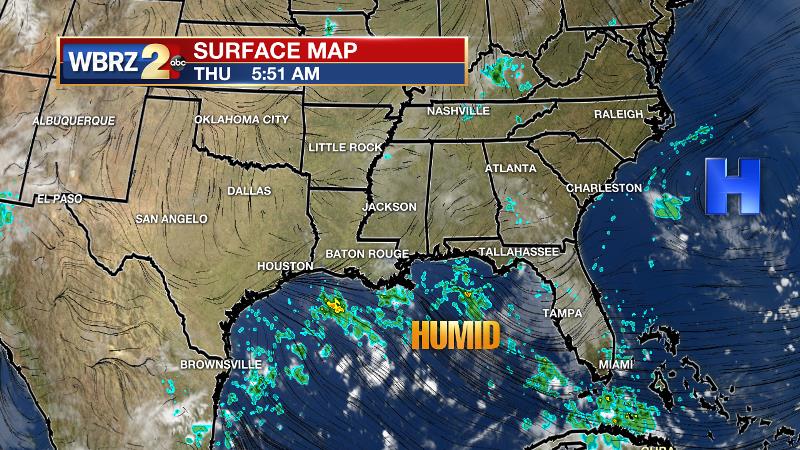