Sheriff: Doctors working to save juvenile's ankle after teens were shot in New Roads

Someone sprayed a house with bullets on Carver Drive just after 7 p.m.. According to investigators, the teens were between the ages of 15 and 16 years old and were shot in the ankle, arm and shoulder. Two of them were sent to a Baton Rouge hospital via helicopter. All are expected to survive.

"It's out of control, and this is what happens when the streets raise a child," Thibodeaux said.

Currently, his office is trying to determine if another situation days earlier is connected to the shooting that left three juveniles hurt.

Over the weekend, his deputies responded to a disturbance call on Dolph Street after neighbors complained of loud music and people waving guns in the air. When deputies showed up, they found a large group of adults and juveniles filming a rap video. Multiple guns and drugs were seized.

"When we responded to that, there were 16 people," Thibodeaux said. "Possibly 10 adults, six to eight juveniles. After everything was said and done, they picked up eight pistols, two AR-15s and two AK-47s." 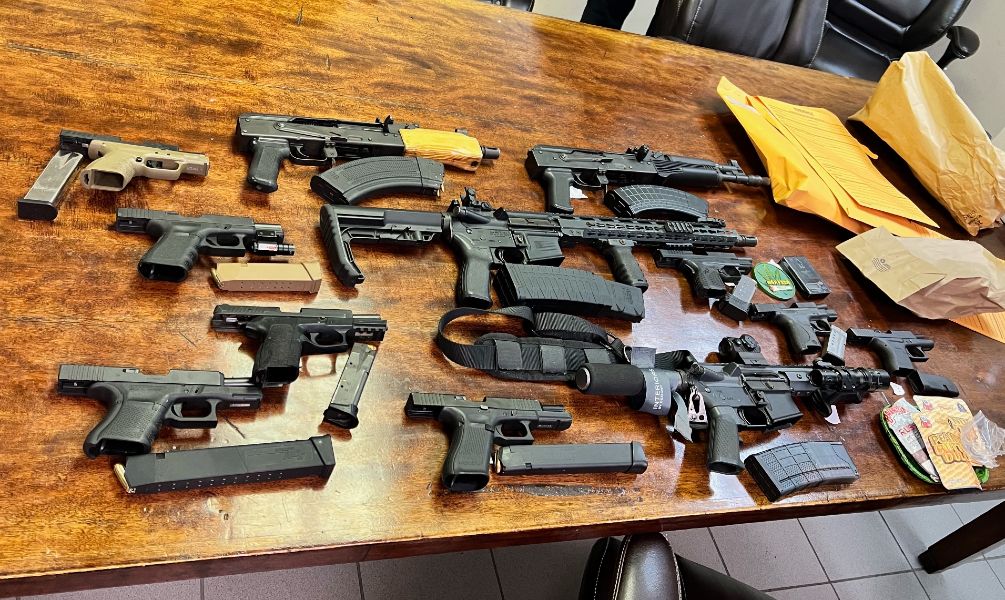 Currently, the Pointe Coupee Parish Sheriff's Office is working to determine if the shooting is connected to the situation over the weekend.

Neighbors told the WBRZ Investigative Unit that a teen who lived in the house where the juveniles were shot is an aspiring rapper.

"We're trying to connect the dots and see if there's anything with that incident Saturday night and that incident last night," Thibodeaux said. "We are talking about many juveniles."

Two adults were booked for possession of a stolen firearm.