Traffic Update: All lanes open along I-110 South at Plank Road

BATON ROUGE - According to Total Traffic and Weather Network, a crash has been cleared from I-110 SB near Plank Rd/N 22nd St/ Memorial Stadium/Exit 2B on Thursday (Feb. 25) morning.

Now that the wreck has been removed from the roadway, I-110 South at Plank Road has been reopened following a brief closure. 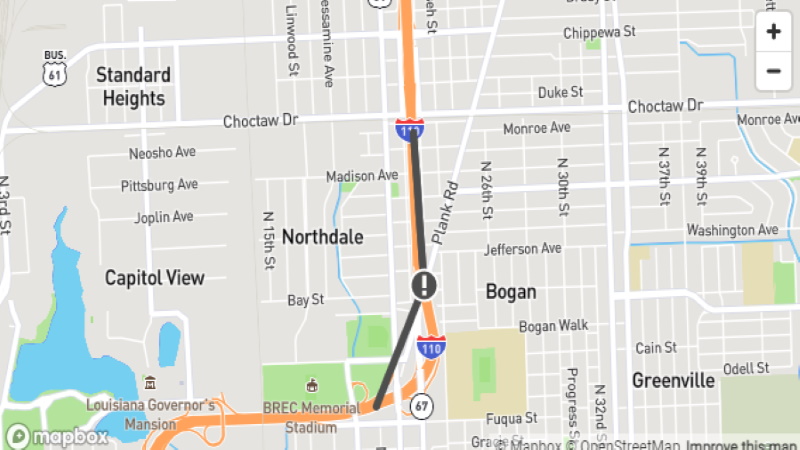 The crash was initially reported around 5:30 a.m. and cleared shortly before 6:30 a.m. Area traffic is described as "stop-and-go" from Chippewa St/Exit 3A.