On Tuesday, Baton Rouge Metro Airport reached 98 degrees tying a record high previously set in 1927. Cool down showers occurred for about 30 percent of the 13 Parish, 3 County forecast area, as expected. Warm season storms are always capable of frequent lightning and downpours; that certainly happened in some areas which received a fast one to two inches of rain. 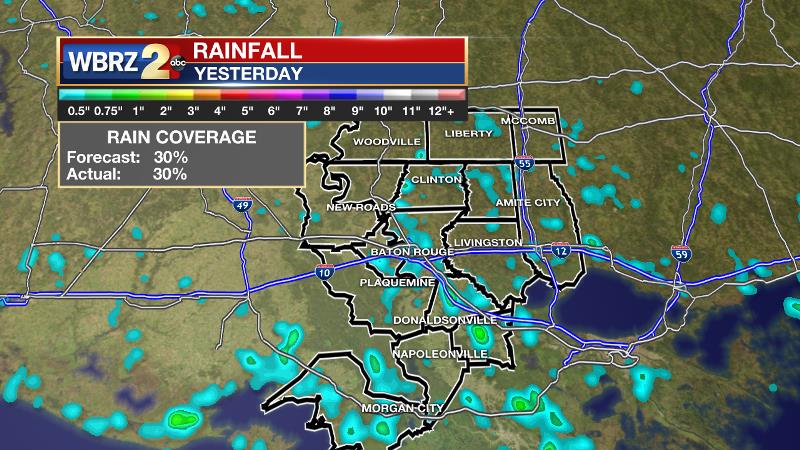 Well above temperatures and humidity well persist through the end of the week. Rain chances are expected to stay quite low until at least Friday.

Today and Tonight: Morning sunshine will allow a fast warm-up into the low 90s before lunchtime. Dew points in the mid 70s will continue to create feels-like temperatures over 100 degrees. That oppressive heat will carry well into the afternoon especially where cool down showers do not form. Very few locations will get that benefit. Overnight will be mostly clear and muggy with lows near 74 degrees.

Weather and Health: Of note, ragweed has forced the weeds pollen count into the high category. The common late summer/early fall allergen may necessitate preventative medications over the coming days. Ragweed pollen usually reaches peak levels in mid-September; this type of pollen can cause seasonal allergic rhinitis (more commonly known as hay fever), which affects as many as 23 million Americans. There are 17 species of ragweed in the United States. The weeds grow in most regions, typically blooming and producing a fine-powder pollen from August into November.

Up Ahead: The upper levels of the atmosphere are expected to remain relatively dry with a general sinking motion through Thursday. At the surface, this translates to lower than average rain chances and above average temperatures. Each afternoon should make it into the 90s with little more than a spotty shower or thunderstorm. By Friday and the weekend, return flow in the form of southeast winds from the Gulf will result in more humidity and therefore slightly lower highs and slightly higher afternoon rain coverage.

The tropics are much quieter this morning. Only one area of disturbed weather is given a small chance of development east of the Lesser Antilles. #Joyce is dissipating. pic.twitter.com/eoSEgJgSX6

First Bonafide Cold Front: Both the American and European forecast models are suggesting that an upper level trough will drive a moderate to strong cold front through the area by the end of next week. Should this occur as is depicted now, the area can expect the first considerable drop in humidity since last spring with highs in the low to mid 80s and lows in the low to mid 60s. Since this is still more than 10 days out, it has potential to change, but sure gives us a reason to be optimistic! 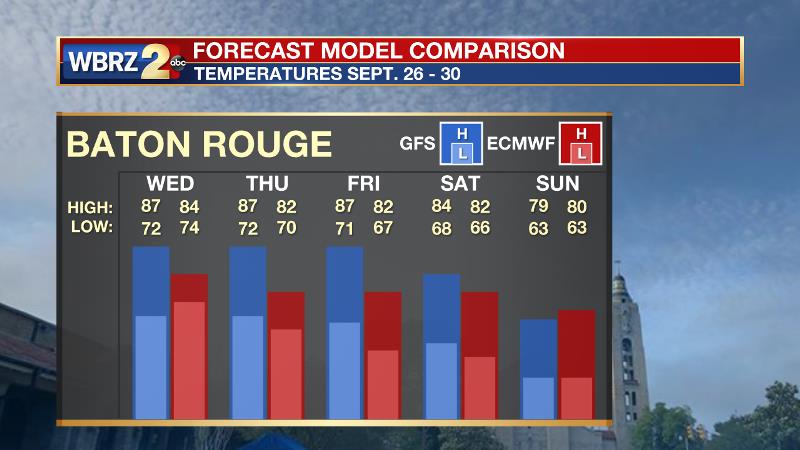 The Tropics: Joyce has become post tropical and will dissipate over the open, eastern Atlantic Ocean. The Gulf of Mexico and Caribbean Sea are relatively quiet. East of the Lesser Antilles, an unorganized cluster of showers and thunderstorms is given a 20 percent chance of development over the next 5 days before conditions become unfavorable. 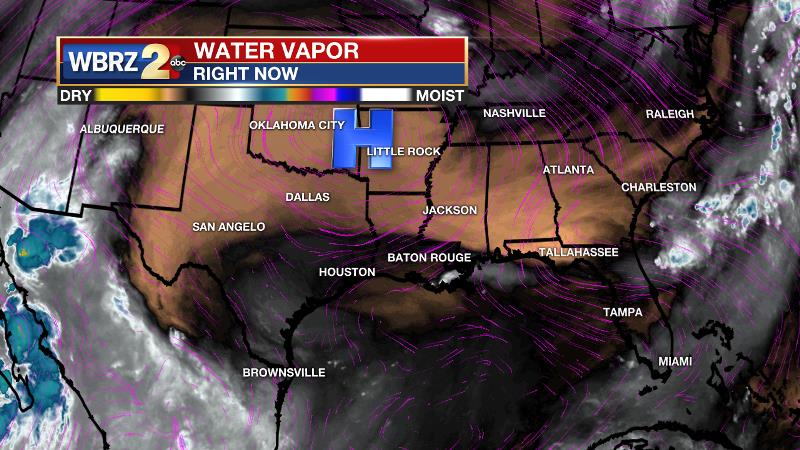 The axis of an upper level ridge will setup over Louisiana on Wednesday as a weak trough spins across the western Gulf of Mexico. This feature may help to create slightly better rain chances over the Atchafalaya Basin on Wednesday but the ridge should keep most locations north and east of that hot and dry. The ridge will slide farther east to the Carolinas by the end of the week. Once this happens, deeper southeast flow will result in a thicker column of moisture in the atmosphere, therefore allowing a slow but steady increase in the number of showers and thunderstorms each afternoon Thursday through Saturday. Model height anomalies stay above average and this will be reflected at the surface with above average temperatures persisting into the middle of next week. Within the 7-Day forecast there are no signs of a fall cool down as the new season begins this Saturday.