Thermometers will reach seasonable readings through the week, with just a slight return of humidity by Friday. The next chance for rain will hold off until Saturday.

As of 6am, the thermometer at Metro Airport in Baton Rouge reached 49 degrees, the first reading in the 40s since May 6. Should temperatures reach 48 degrees or lower, it will be a first since early April.

Today and Tonight: After a chilly start, abundant sunshine will push thermometers upward by about 30 degrees for an afternoon high temperature in the upper 70s. Winds will be much calmer than Monday, out of the northeast at about 5mph. Overnight will be clear and cool with a low temperature in the low 50s.

Up Next: Thermometers will try to return to the 80s on Wednesday, as clear skies continue. Humidity should not return until at least Friday and even by then, it will not be nearly as sticky as last weekend. The weekend forecast is uncertain at this point. Saturday will bring an increase in clouds with a chance for showers and thunderstorms. It is beginning to look as through Sunday will be cool and wet with rain and thunderstorms possible.

The Tropics: A tropical wave in the western Atlantic Ocean has a low chance of organizing over the next two days as it drifts northward. A cold front will snare the system Wednesday, decreasing development chances and pulling it out to sea. At this time, there is no tropical threat to the United States. 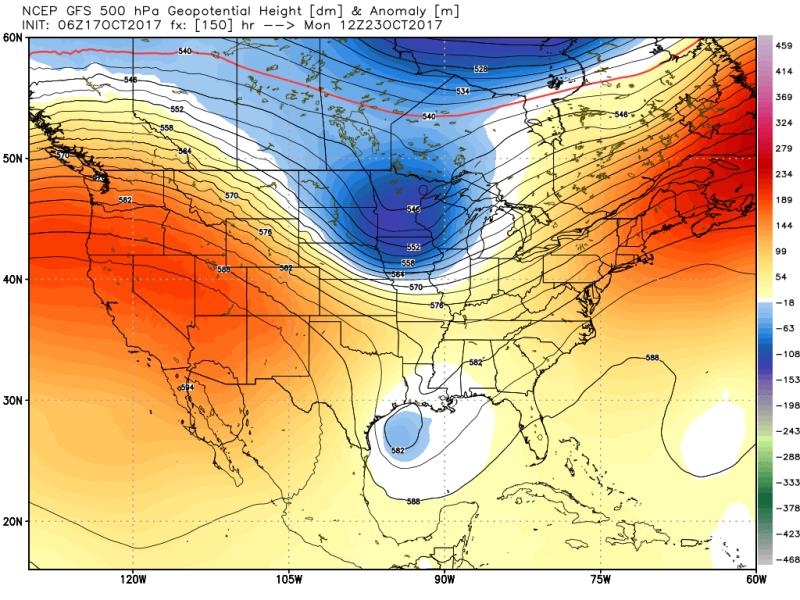 Lows will be slightly higher on Tuesday night. Highs will not return to the 80s until Wednesday, which is near average for the time of the year. A surface high pressure system will settle in the Eastern U.S. by the end of the week allowing southeast winds to return. Onshore flow will mean some moisture and humidity can return to the region and as a result, isolated showers will be possible eon Saturday. Confidence is low as to what happens Sunday and beyond. Right now, models are split as to whether an upper low tracks over the area, which would result in cool, rainy weather, or the low tracks north resulting in mild temperatures and just a few showers. Both the ECMWF and the GEM favor the cooler and wetter solution right now while the GFS is faster, warmer and drier with the whole pattern. For now, our forecast leans toward the two models in agreement.