BATON ROUGE - Only three days after turning six years old, Cruz Capdevielle and his parents, Mic and Jaclyn, were informed that Cruz was suffering from type B cell Acute Lymphoblastic Leukemia (ALL).

ALL is a form of cancer that affects the white blood cells, which are key in fighting infections and protecting the body from disease.

The day after the kindergartner was diagnosed, the Capdevielles relocated to St. Jude Research Hospital in Memphis, Tennessee where Cruz is expected to undergo treatment for two months before returning to Baton Rouge for additional care.

Cruz, beloved by his fellow classmates at St. Jude the Apostle School in Baton Rouge, became the focus of a school sponsored Friday, Dec. 4 event to raise money the six-year-old and his family.

On Friday, participating students were able to exchange their typical school-wear for a cape and super hero accessories for a $1 minimum donation on Cruz's behalf. They also created t-shirts featuring the words 'Cougars for Cruz' that were available for purchase. Meanwhile, adults sold hot food in hopes of giving the proceeds to the Capdevielle family. 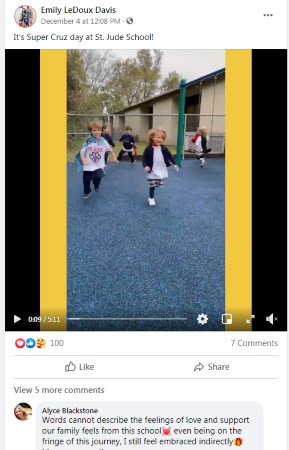 In addition to this, the students made a blanket for Cruz to help keep him comfortable and warm during his stay in Memphis. 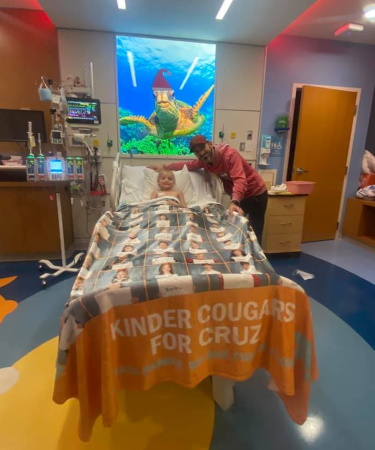 The event was appropriately called, 'Capes for Cruz' and St. Jude The Apostle's students, along with their families, were eager to support the efforts.

As of Monday morning, organizers estimate that Friday's 'Cruz Day' initiatives successfully raised a total of close to $6,500 for the Capedevielle family.