She was accompanied by her husband of 37 years, Bill, while she was sworn in by New York Chief Judge Janet DiFiore in Buffalo, New York.

Honored to be officially sworn in as New York's 57th Governor.

Looking forward to the full swearing-in ceremony with my family later this morning, and addressing the people of New York later today. pic.twitter.com/RUsDtzoW7r

An attorney and politician who served as the state's lieutenant governor from 2015 until August of this year, Hochul is stepping into the role of governor while Andrew Cuomo exits the office in disgrace.

Cuomo resigned shortly after multiple women accused him of sexual harassment, and an ensuing investigation by the state attorney general confirmed that Cuomo sexually harassed 11 women.

The Irish Catholic Buffalo native who is replacing Cuomo as governor faces a series of challenges.

COVID-19 is still a threat to New York residents, a fact that is highlighted by the state's Monday report of 1,542 new virus cases. This means that since the pandemic began, a total of 2.24 million people in New York contracted COVID and 53,646 of those who were infected passed away as a result of virus-related health complications. 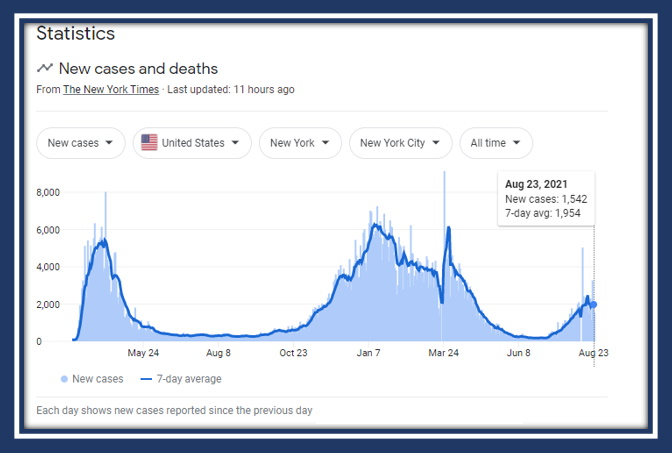 National Public Radio points out that should the resurgence worsen, Hochul may have to decide whether to mandate masks or vaccines for certain groups, or whether to reinstate social distancing restrictions.

In 2019, before the COVID health crisis, New York reportedly had the third-strongest economy among US states, but in 2020, New York's GDP dropped to $1.7 trillion and as of July 2021, the state had an unemployment rate of 7.8 percent, which was the highest jobless rate in the nation at that time.

A number of the state's economic problems can be traced back to COVID-related lockdowns that put a damper on business travel and tourism, which are the lifeblood of New York City.

In addition to this, service industries play a major role in New York City's economy, but a number of offices are still empty and only a limited number of employees are commuting.

This puts a huge dent in local coffee shops, dry cleaners, and restaurants that get a large percentage of their business from commuters and local office workers.

National Public Radio points out that in attempting to change the environment created by these incidents, Hochul will need to quickly build her own team of advisers to steer the administration for at least the next 16 months.

The news outlet reports that Hochul has vowed no one will ever call her workplace "toxic."

At this time, she plans to keep on Cuomo-era employees for 45 days to allow her time to interview new hires, but said she will not keep anyone found to have behaved unethically.

Houchul and her husband, Bill, have two children and a home in Buffalo. She is a founder of Kathleen Mary House, which is a transitional home for women and children who are victims of domestic violence. She currently serves as a member of its Board of Directors.

In contrast with former Governor Cuomo, who hails from a veritable political dynasty, the state's incoming leader is from a family that struggled financially for a time.

Hochul was the second of six children, and during part of her childhood she grew up in a trailer near a steel plant, watching her parents work hard to make ends meet.

Eventually, their efforts paid off, and by the time she was in college, her father found success in working for an information technology company.

As far as the future is concerned, Houchul says she plans to run for a full term in 2022.