Thursday PM Forecast: warm and foggy, eyes on the next two rainmakers

A *DENSE FOG ADVISORY* will be in effect from 9pm to 11am Friday morning for the entire WBRZ Weather Forecast Area. Visibility could be as low as one quarter mile or less. Hazardous driving conditions due to low visibility should be expected.

Next 24 Hours: Skies will be mainly clear into the evening hours. With dew point temperatures in the mid 60s thanks to southerly winds, air temperatures retreating back to that same level will result in saturation and another round of fog. Friday will round out a workweek of unseasonable warmth. As some sun works out and clears up the fog, highs will top out in the low 80s during the afternoon hours.

Up Next: Some fog will be possible to begin the weekend. A lot of cloud cover will hand around on Saturday—an otherwise uneventful day with highs in the upper 70s. A weakening front will approach the area Sunday morning resulting in scattered showers, especially for the first half of the day. 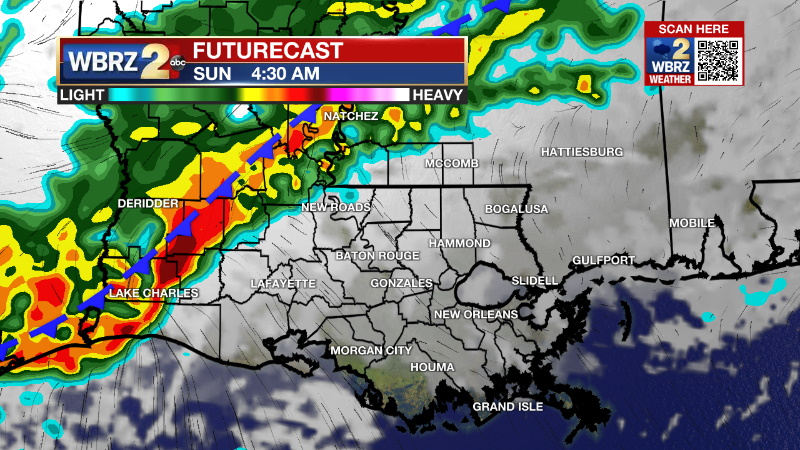 Thanks to the dreary weather, temperatures will stay in the mid 70s. After a lull to begin the new week, a strong cold front and better chance of rain and thunderstorms is expected Tuesday night into Wednesday. Although confidence in the timing and specific impacts of that feature is currently low, at least some of the ingredients will be in place for a few storms to turn severe. Much colder air is expected to follow. CLICK HERE for your detailed 7-Day Forecast.

The Explanation: Fog potential will exist once again early Friday as mainly clear skies will result in temperatures cooling to unseasonably high dew points supported by continued onshore flow. Fog will diminish to a partly sunny and warm afternoon on Friday. The upper level ridge over the Gulf of Mexico, responsible for several days of well above average temperatures, will start to break down a bit into the weekend. A weak upper level trough of low pressure will pass by to the north, tamping it down a bit on Saturday. An associated cold front will be driven south but expect it be weakening on approach to the local area beneath the remnants of the upper ridge. This boundary will lead to a few showers over the weekend and especially on Sunday. 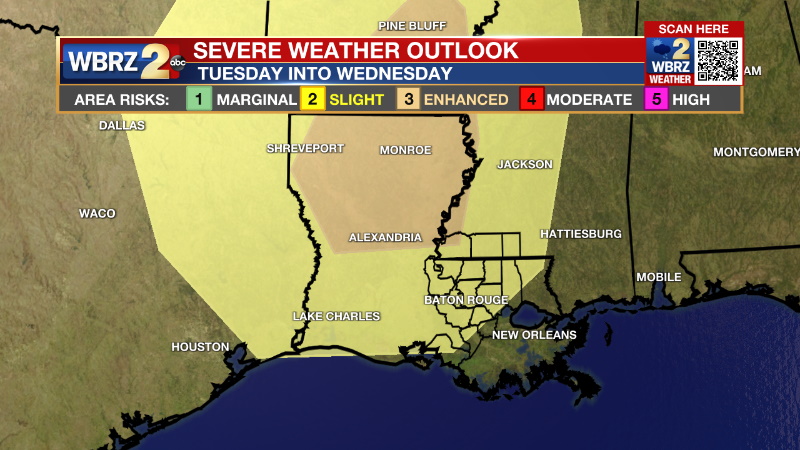 Early next week, a major storm system is expected to develop over the Mountain West as a deep, upper level trough digs into the Western U.S. A surface low will develop east of the Rockies and begin pushing eastward with an associated cold front. The upper level trough will send strong winds over the Mid-South and Gulf Coast. Meanwhile, the well established weeklong onshore flow will have ample moisture in place. Bringing lift into the region in the form of a front will be enough to instigate widespread rain and potentially thunderstorms. With the surface low expected to stall well north of the region and the shape of the trough, the setup for severe weather is not textbook but enough ingredients will be in place to possibly overcome this. A clearer picture will become available over the next few days. Much cooler air is expected to follow the front to end next week.