Despite 3rd arrest, high-profile lawyer gets bond set on holiday

BATON ROUGE- Kevin Hayes, a lobbyist and former president of the Baton Rouge Bar Association was arrested overnight on two counts of domestic abuse battery after he hit a woman and beat up her son, according to arrest reports.

Courts are closed for the New Year's Eve holiday. The WBRZ Investigative Unit is following this case closely to see if Hayes is able to make bond with his high-profile connections in the legal community. We uncovered this was Hayes' third arrest for domestic violence. He's been arrested twice in Baton Rouge and once in Walton County, Florida, booking records show.

Despite the New Year's Eve holiday, the WBRZ Investigative Unit learned conversations were happening behind the scenes to get a bond set for Hayes. Friday morning, the district attorney's office requested a Gwen's Law hearing for Hayes. Commissioner Nicole Robinson set Hayes' bond at $10,000 and imposed a protective order, mandated that his guns be removed and will force him to undergo supervision and tracking. 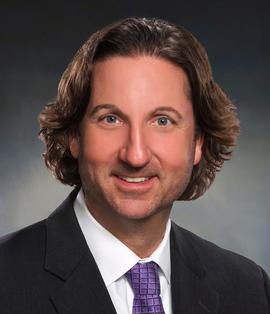 Hayes' biography on his lobbying firm's website says he has been a lobbyist for the past 20 years and is extremely active in the Louisiana Bar Association and the Baton Rouge Bar Association.

Booking records show Hayes beat a woman in her home and battered her 15-year old son.

"The victim said the accused was intoxicated, and the two got into an argument about the victim's older son contacting him," the probable cause affidavit states. "During the argument, the victim stated the accused forcefully ripped a pillow underneath her head and hit her in the face."

Detectives questioned the woman's son, according to the report.

"He stated he heard a loud slapping noise and heard his mother screaming," the report notes. "The son immediately ran into the hallway and made contact with the accused. At this time, the son stated the accused punched him in the chest, and a physical altercation ensued where Hayes knocked him into the wall and then on the ground."

The report adds that Hayes then grabbed the teen around the back of his neck. Detectives noted the back of the son's neck was red.

Hayes' arrest comes as Baton Rouge logs a record number of domestic violence incidents.
LSU Law Professor Ken Levy said he can't tell if special treatment is unfolding in this case. But if it is, he said it will make people lose confidence in the justice system.
"Equality before the law is a fundamental principle of criminal law," Levy said. "Every suspect no matter how poor, rich, black, and white should all be treated the same. No one should get special treatment."
As of Friday afternoon, Hayes had not posted his $10,000 bond.
Report a Typo