Pop singer and television judge, Katy Perry is taking on yet another role, she's been officially named as an ambassador to a philanthropic organization called British Asian Trust.

CNN reports that the prince founded the charity in 2007 as a means of tackling poverty and inequality in South Asia.

She's since decided to support the charity's efforts to reduce child trafficking and abuse in India.

Pleased to be appointed by HRH The Prince of Wales @clarencehouse as ambassador for @britishasiantst Children’s Protection Fund. India is a place I have a magnetic connection with, so I’m excited to be part of the work of helping the children of S. Asia. https://t.co/fats6XGt5w pic.twitter.com/OS0wty3uDZ

This isn't Perry's first time working with charitable organizations, she's also a goodwill ambassador for the United Nations' children's agency, UNICEF, and a supporter of charities such as AIDS Life, Dave Thomas Foundation for Adoption, Generosity Water, Habitat for Humanity, and the Red Cross.

Other ambassadors at the British Asian Trust include the musician Naughty Boy and the broadcaster Nihal Arthanayake.

The organization estimates that there are 5.8 million children in India who work as forced laborers and it believes that tens of thousands work in dangerous workshops in the city of Jaipur alone. 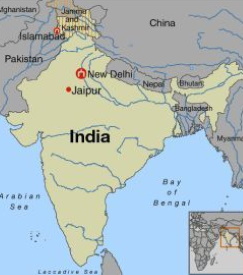 The charity operates in India, Pakistan, Sri Lanka, and Bangladesh.