The ability to drill ice cores to determine the atmospheric composition through time is an invaluable feat, and provides understanding into how our planet has changed through its existence. As important as this science is, scientists like to let loose after their work is done. Peter Neff, a postdoctoral associate at the University of Rochester, relaxes after a tough day drilling deep into Antarctica by tossing pieces of ice down into the bore hole. It may sound equivalent to throwing big rocks in a pond, but there is a lot more involved, and the result is not what you might think. Check it out below:

When #science is done, it's fun to drop ice down a 90 m deep borehole in an #Antarctic ???? #glacier ??. So satisfying when it hits the bottom.

After extensive research from Mark Bocko, a professor and chair of the electrical and computer engineering department at the University of Rochester, it was found it had a lot to do with the speed of sound and the Doppler Effect. As the ice falls down the hole, it bounces off the side of the borehole, and you can hear the frequency decrease as it speeds up and heads further away from the surface. This is the same effect that causes a car horn or siren to drop in pitch as it drives past you, and also the same effect that is used in weather radars to determine the frequency and speed of showers and storms.

When the ice makes it to the bottom of the hole, a “ricochet” noise can be heard. This is the culmination of how all the different ways the sound waves are making it back to the surface. The “heartbeat” sound travels straight up the hole, while the other sound waves bounce off the side-walls of the hole on their way back to the ground surface. This is why the higher frequencies are heard first, followed by the lower frequencies, since the lower frequencies travel slower up the hole.

Ice cores are drilled in glaciers and ice sheets in polar regions, usually in Antarctica and Greenland, in order to study the Earth’s climate. Just like in weather, in order to look and forecast the future, we must first look into the past to understand trends in warming and cooling climates. Since the areas where scientists drill ice cores do not incur seasonal melt, the gases, dust, and pollen are trapped within air pockets in the ice, effectively providing a “time capsule” of how the atmosphere and weather patterns looked at that time of history. 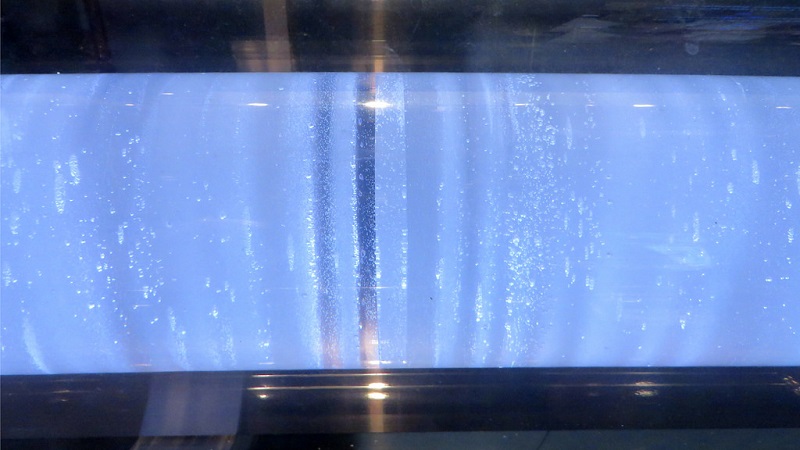 These & other ice cores are how we know atmospheric CO2 / #GHG concentrations over the last 800,000 years.

Glacier ice traps ancient air, caught in the space between snowflakes ?? as they are compressed into ice. Bubbly glacier ice on R, pure lab-made ice on L. pic.twitter.com/DjG6FOwk17

So much can be found per year in the ice, like the accumulation rate, melt layers, past air temperatures, past greenhouse gas concentrations, and also when any catastrophic events like volcanic eruptions occurred. What is also incredible, is the deeper the ice core is drilled, the longer we can go back in time and observe the atmospheric conditions. The age versus depth average is highly dependent on the location of where the ice core is being taken, but around 800 meters equates to 25,000 years in Western Antarctica. The oldest ice core records extend to 130,000 years in Greenland, and 800,000 years in Antarctica. 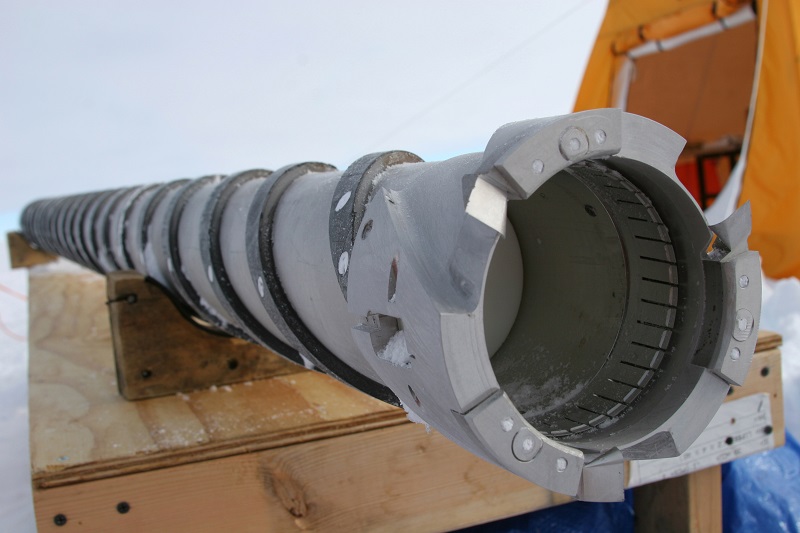 A mechanical drill head showing the cutters used to shave an annulus around the ice to be cored.