Ecuadors tallest waterfall is no more

The San Rafael Waterfall, the tallest in Ecuador at 490 feet, stopped flowing on February 2, 2020. Nestled in the middle of lush forest at the intersection of the Andes Mountains and the Amazon Basin, the San Rafael attracts thousands of visitors every year. Unfortunately, now this waterfall is part of history. 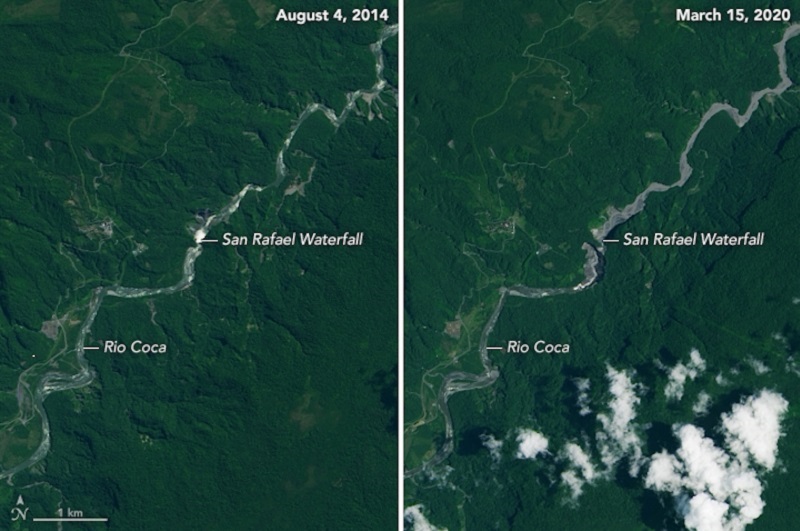 Media reports have indicated that a large sinkhole opened up in the Coca River a few yards before the falls and has effectively diverted the water. The water now falls in three separate sections at a longer slope located near the original waterfall. 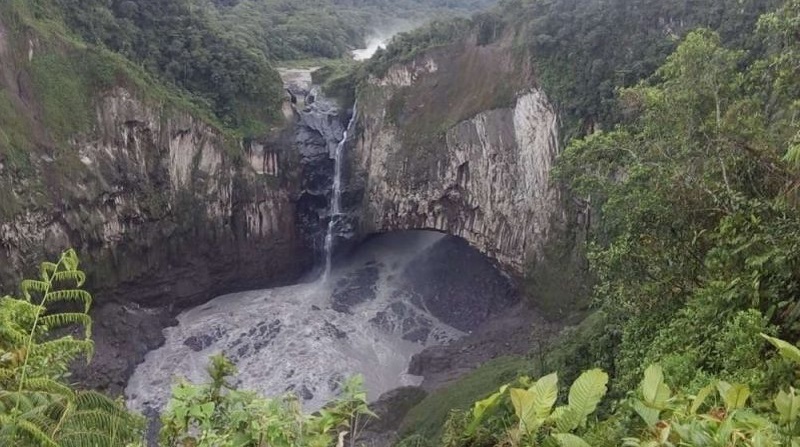 The cause of the sinkhole is still under investigation. Some geologists believe that it occurred naturally, but others suspect that it may be connected with the new construction upstream of the Coca Codo Sinclair dam, which will be the country’s largest dam.