HAMMOND - A man drove a vehicle through the Target at the Hammond Square shopping center around lunchtime Friday in a chaotic series of events.

In a news conference hours later, the police chief said: “A vehicle drove through the front of Target. He ran through the store and dropped a device on the ground.”

One person was taken into custody.

Authorities later discovered several other suspicious packages around the mall that bomb technicians have rendered to be fake explosive devices.

The investigation turned from an active scene to evidence recovery around 8:30 p.m. on Friday. Authorities are expecting to complete the recovery stage of their investigation by 10:30 p.m.

Anyone who has a vehicle in the crime scene at the mall will be able to retrieve it once the evidence recovery is complete.

State Police originally said troopers were asked to assist local police with a report of an active shooter in the store parking lot. Police later clarified their initial report. Hammond Police only released information about two hours after the situation started.

The Target is one of the stores at the Hammond Square mall at the corner of I-12 and SW Railroad Ave.

"It's crazy!" An eyewitness posted in a long Facebook rant about what happened. "He jumped out of the car [inside the store] and said 'listen up,'" the woman said, adding that he drove the vehicle through the store "like a Hoveround" motorized scooter.

No one was injured in the chaos.

In another video obtained by WBRZ, people inside the store are seen yelling at the driver as he crashes a small SUV into the registers in the front of the store.

"Hey!" Someone yells as the engine is heard revved in the background.

"I don't know what they're trying to do," the shopper said to others, confused why the person drove into the store.

Police identified the suspect as Walter Allbritton, 41, of Ponchatoula.

Investigators said Allbritton left potential explosive devices at multiple locations near and around the shopping center before crashing into the store. He's also accused of trying to carjack a victim while fleeing police.

Allbritton also live-streamed himself on Facebook in the moments before and after the crash. In a partial recording uploaded to Facebook, he can be heard shouting at someone off-camera, "I just want my money" and "you're going to have to kill me." 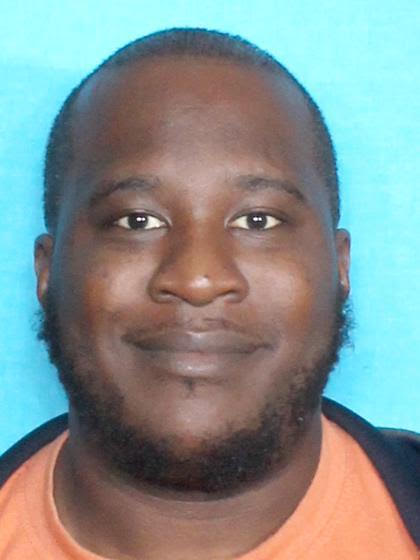 Allbritton is facing the following charges

It is unclear if others were involved. The investigation is ongoing.